How Can Asian Pension Systems Deal With Aging Populations? 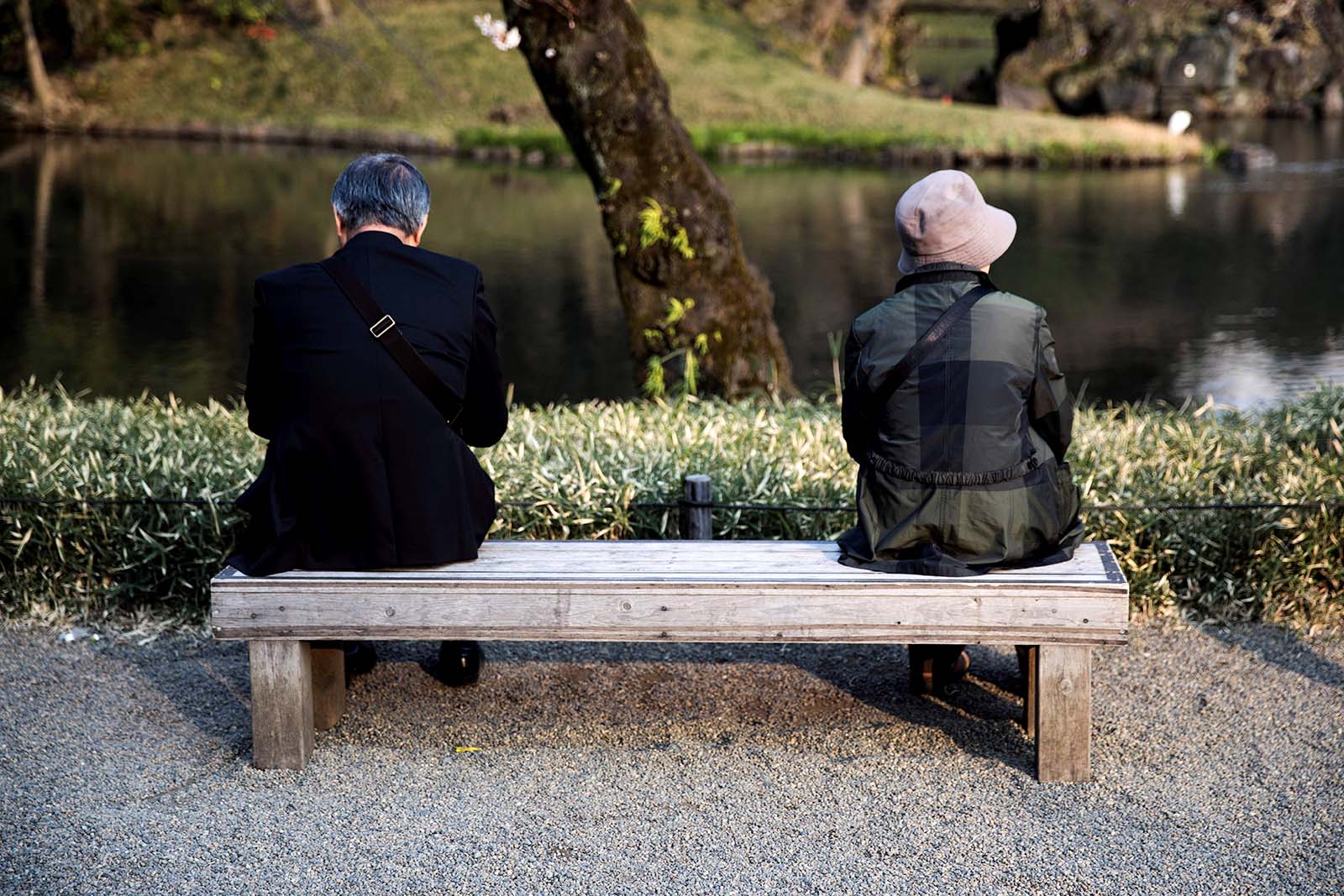 An elderly man and woman sit on a Tokyo park bench. Japan, Austria, Italy and France are examples of developed countries where pensions don't represent a sustainable model.

Countries in Asia with unsustainable pension systems need to take action now to avoid having to take drastic measures in the future. This is the stark warning from the latest Melbourne Mercer Global Pension Index.

There are two major challenges that retirement income systems across the world face: increasing life expectancies and low investment returns. These pressures have alerted policymakers to the growing importance of intergenerational equity issues.

Japan, Austria, Italy and France are examples of developed countries where pension systems don’t represent a sustainable model that will support current and future generations in their old age. If left unchanged, these systems could create societal pressures where pension benefits are not distributed equally between generations.

Learning From Other Pension Systems

While comparing pension systems around the world isn’t straightforward due to economic, social, cultural and political differences, this doesn’t stop countries reviewing the best models and using some of the desirable features in reforming their own systems.

The Melbourne Mercer Global Pension Index uses three sub-indices—adequacy, sustainability and integrity—to measure each country’s retirement income system against more than 40 different indicators. This study of retirement income systems in 30 countries reveals that there is great diversity between the highest ranking (Denmark at 78.9) and the lowest (Argentina at 38.8).

The index reveals that for 2017, Denmark retains its top position for the sixth year in a row, just beating the Netherlands (78.8) and Australia (77.1).

The highest rating band in the index is A, although no country achieved this status. The next ranking is B+ (a value of 75-80), which was given to Denmark, the Netherlands and Australia. The highest-ranking Asian country is Singapore, which earned a B rating with an index value of 69.4. This band covers a scheme that has a sound structure, with many good features, but has some areas for improvement, which is what differentiates it from an A-grade system, according to the index.

Several Asian countries received the lowest ranking in a report on the sustainability of their pension systems.

Malaysia has the second-highest-ranking retirement income scheme among Asian nations with a value of 57.7, falling into grade C along with France, the U.S., Italy and Brazil. However, Asian countries dominate the lowest-ranked grade D, with Indonesia (49.9), South Korea (47.1), China (46.5), India (44.9) and Japan (43.5) all included in this category, which covers a scheme that has some desirable features but also has major weaknesses and/or omissions that need to be addressed. Without these improvements, its efficacy and sustainability are in doubt. The average index value across all countries is 59.9. Only Singapore scores an above-average value among Asian countries.

Not Just an Asian Problem

Longer life expectancy and declining birth rates lead to rapidly aging populations. As a result, this trend is having a significant impact on the resources of pension schemes. Aging populations are proving to be a major challenge for most countries, with Asia among the worst regions affected.

As people live longer, the greater the financial pressure on pension schemes to provide benefits for them. To highlight these pressures, we have looked at the gap between life expectancy at birth and the state pension age. The state pension age is a useful benchmark as it guides many retirement decisions. We also look at the projected gap, fast-forwarding two decades ahead. This prediction is useful as it highlights the impact of aging populations between now and 2035 and the likely effects on funding requirements for pensions.

The current average gap ranges from 3.7 years (South Africa) and 9.9 years (India) at the lower end to 21.4 years (South Korea) and 23.5 years (Japan). Looking at future projections for 2035, the gap ranges from 7.3 years (South Africa) and 9.6 years (Indonesia) at the lowest points to 22.6 years (China) and 22.8 years (France) at the highest. Every country has a current difference between life expectancy and state pension age of less than 23 years, with one notable exception—Japan. A number of improvements have been recommended for Japan’s system such as further increasing the state pension age as life expectancy continues to rise.

By looking at the old-age dependency ratio for 2035, we can see the effects of aging populations and low fertility rates on the working population in the future. The projected dependency ratios for 2035 range from 11 percent in South Africa to 57 percent in Japan, revealing a very wide divergence. Fertility rates are also important as they indicate the number of young people joining the workforce in future years. The lowest total fertility rates in the survey belong to Asian countries—South Korea and Singapore both have a rate 1.23. The highest fertility rates are Indonesia at 2.45 and South Africa at 2.55. A TFR of less than 1.5 raises serious issues for the future age structure of these countries. While immigration can be a short-term solution, it is not sustainable in the long term.

Reforms Needed Sooner Rather Than Later

When it comes to improving each country’s retirement income systems, there are some common recommendations as many economies face similar problems in the decades ahead; namely, aging populations. There are a range of reforms that can be implemented to improve the long-term outcomes of weaker systems.

They include increasing the state pension/retirement age to reflect increasing life expectancy and promoting higher labor force participation at older ages, which will increase the savings available for retirement. Additionally, higher levels of private savings within and beyond the pension system should be encouraged. Increasing the coverage of employees/self-employed in the private pension system is an important pillar too. Finally, leakages from the retirement savings system prior to retirement also need to be reduced.