How Can Indonesia Build Its Digital Economy? 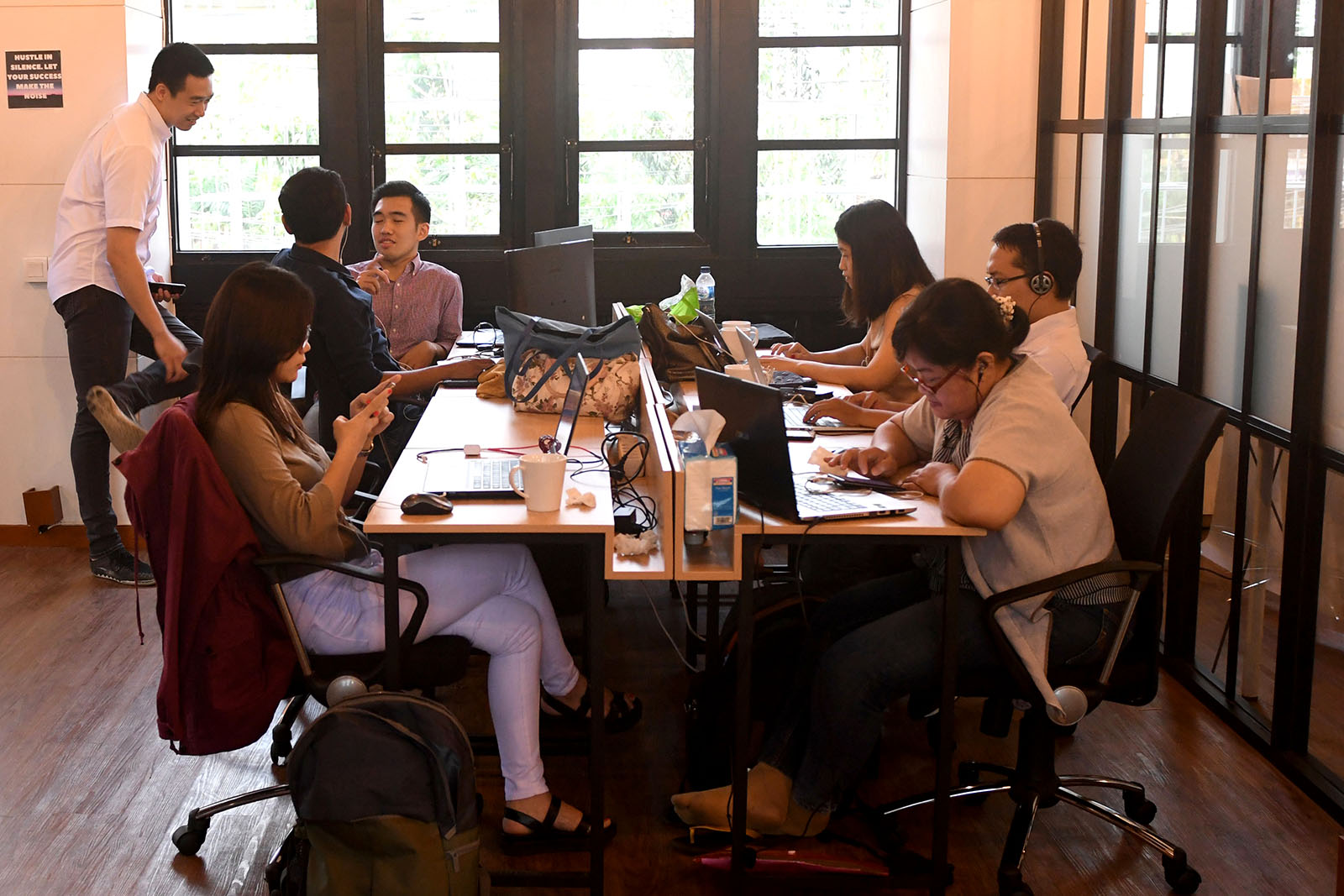 Entrepreneurs work at EV-Hive, a co-working space in Jakarta. Investors are pumping billions of dollars into Indonesian tech start-ups in a bid to capitalize on the country's burgeoning digital economy.

Indonesia shares similar characteristics with China and India as Asian countries that have more people between the ages of 15 and 64 than young children and the elderly.

Analysts call this surplus of people of productive working age a “demographic bonus,” which can contribute to the rise of China, India and Indonesia as leading economies.

The young populations of these countries are entering a shifting jobs landscape propelled by innovation in digital technology. China and India are moving to prepare their populations to take advantage of the digital era.

But Indonesia has a lot of catching up to do to provide its people with skills, including digital literacy, to be able to find employment in a world where the ability to use the Internet via digital mediums, such as personal computers, smartphones, tablets and others, will be a necessary skill.

Before the Internet was widespread, around 30 years ago, more than half of Indonesia’s population (54.7 percent in 1985) worked the land as farmers.

By 2015 only 34 percent were still working in the agriculture industry. Nearly 45 percent work in the services sector and 19.7 percent in manufacturing.

Data from the Asian Development Bank show that more than half of Indonesian workers (51.5 percent) are underqualified or lack the right skills to do the job. This occupational mismatch is often associated with low levels of education. Forty percent of workers’ skills and employment are well-matched. And 8.5 percent are overqualified for their occupations.

The data shows that Indonesia is facing a skills shortage. One of the skills Indonesians lack is digital literacy.

What China and India Are Doing

China provides us with a good example of how to take advantage of an Internet-enabled digital economy. It accounted for 30.6 percent of China’s GDP in 2016.

Even though China restricted its citizens’ Internet access by blocking certain websites and applications since 1997 (“the great firewall of China”), it has, on the other hand, driven the development of its native platforms such as WeChat, Weibo, QQ, Renren, Alibaba, JD.com and many others.

With its restrictions, China has reoriented Internet adoption and online behaviors by maximizing its market potential within the country.

For example, WeChat has grown rapidly since 2011 to rival Facebook and become the nation’s most-used social media app. It has radically changed the Chinese lifestyle and way of doing business. WeChat will potentially overtake Facebook in the future.

It offers features such as instant messaging, commerce and mobile payment services. It makes a virtual workplace possible by offering components that enable and improve important business functions such as task coordination. It provides a convenient virtual wallet that can be used for almost every transaction, from paying utility bills to a coffee.

The Chinese diaspora has spread the use of WeChat worldwide. This is an example of China using its demographic bonus to create opportunities and a competitive environment that allow its citizens to redefine the global economic balance of power.

Meanwhile, India made a serious move to combat digital illiteracy by establishing the National Digital Literacy Mission in August 2014.

With the objective of “making one person in every family digitally literate by 2020,” India has pledged to provide 147 million people in rural India with the necessary skills to use the technology.

This can be seen as a positive move toward a more digital-savvy India that recognizes the need of digital literacy for development.

Indonesia currently focuses on traditional infrastructure development, such as roads, ports and a subway system, to improve physical connectivity and mobility. But the government should not lose sight of the importance of providing the population with the infrastructure to access information and technology.

A survey by the Association of Indonesian Internet Providers pointed out that people living in the urban areas in Java, Sumatra and Bali enjoy Internet access, whereas the rest of Indonesia is still struggling to connect.

Despite high smartphone sales (55.4 million users in 2015 with 4.5 million smartphones sold annually), Indonesia remains a marketplace rather than a rising power in the global competition. Indonesia is the third-largest smartphone market in the Asia-Pacific region, after India and China.

Indonesians can use social media such as Facebook and WhatsApp, but they do not have fast and reliable Internet access to browse and research online, let alone create business opportunities.

Research by Edwin Jurriens and Ross Tapsell recommends that the Indonesian government start paying attention to the digital divide if Indonesia is serious about its objective to combat inequality.

Start With Simple but Necessary Steps

If President Joko Widodo is serious about creating “1000 technopreneurs by 2020,” the government should start by:

This could involve, for example, holding hackathons to solve the real issues that Indonesians face daily, such as traffic jams, floods, finding markets for local products, access to health services and referral, options for different service providers, a channel to provide feedback to improve services, and more.

Instead of leaping toward the objective of creating “technopreneurs,” Indonesia could begin with a simple objective to start a nationwide movement to combat digital illiteracy, a hidden inequality that persists in Indonesia.

Indonesia should also provide an environment where tech startups can thrive, through tax rebates and investments, to benefit the Indonesian economy.

For example, Gojek, one of the most successful local startups, was founded and is led by Nadiem Makarim, an Indonesian. However, it could only succeed after receiving backing and investment from Warburg Pincus, KKR and Farallon Capital—all American-based private equity firms.

We may celebrate Gojek as a successful Indonesian example of a startup that has helped to solve local issues by allowing access to convenient services. But, if we fail to understand who are “the real owners” of the business, Indonesia will only be a marketplace, not an emerging economy.

Primatia Romana Wulandari has worked on various development programs funded by DFAT Australia. She received an MA in Management and Development from Van Hall Larenstein-Wageningen University, the Netherlands. Her research interest is on the dynamics of bureaucratic reform, particularly on how policy actors, institutions, and contexts interact and how lessons are learned over time.

Cliff Majersik Senior Advisor to the Institute for Market Transformation
URL: https://www.brinknews.com/how-can-indonesia-build-its-digital-economy/
Get ahead in a rapidly changing world. Sign up for our daily newsletter. Subscribe
​​