How Central Africa is Tackling Power Shortages and Poverty 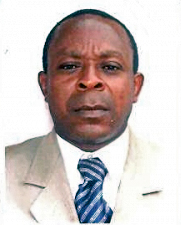 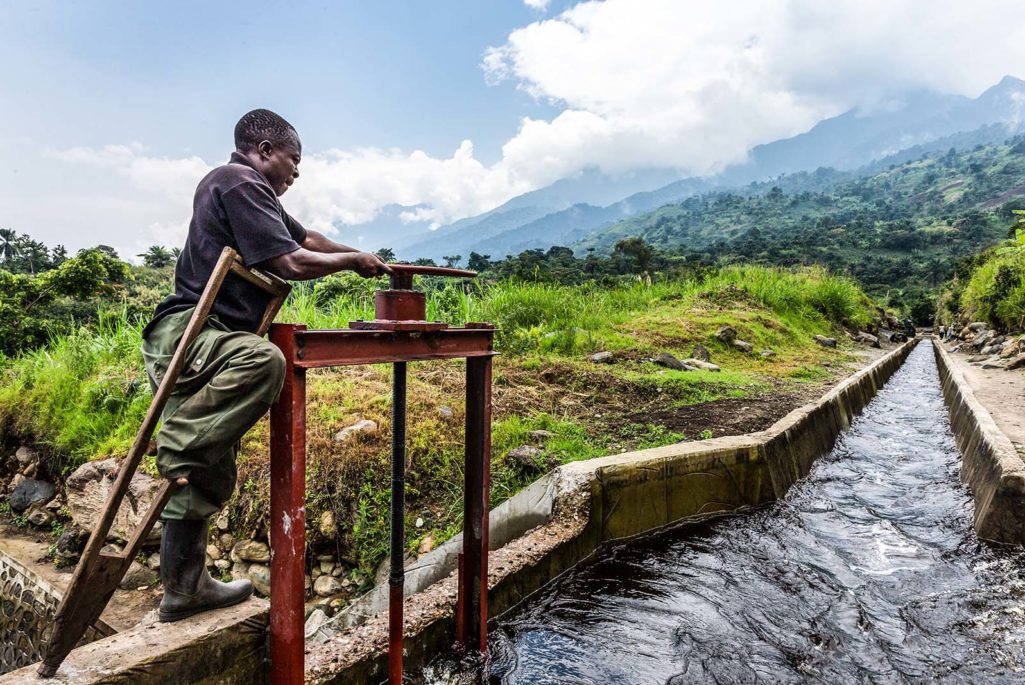 The newly installed Congolese Conservation authority Hydro-electric plant in its finishing stages, on August 8, 2013 in Mutsora, DRC. This plant employs water drawn from natural flow in Virunga National Park, it will provide much needed electricity for industry in Mutsora, a town of over 30 000 people.

Central African governments are pushing forward with a cross-border response to meet the region’s swelling need for new energy supplies, which aims to fight poverty and climate change at the same time.

Large parts of Central Africa have big potential to generate hydroelectric power, which could help pull more than 700 million people out of poverty, officials say. Insufficient energy supplies have been a major hurdle on the region’s path towards economic growth.

“The Central African region is facing a huge development setback that can be addressed through investments in energy supply and energy infrastructure,” the minister told a November meeting in Yaounde that endorsed an implementation plan for a regional energy strategy.

Energy ministers from the Economic Community of Central African States have since approved the plan, which runs through to 2030.

The Central African Power Pool, which organized the Yaounde gathering, will coordinate the inter-state electricity connection project, based on a $4.6 million study funded by the African Development Bank (AfDB).

Authorities say the project will provide a regional response to Central Africa’s energy and development challenges, curb greenhouse gas emissions, and give a boost to the emerging economies of Cameroon, Gabon, Chad, Central African Republic, Republic of Congo, Democratic Republic of Congo (DRC) and Equatorial Guinea.

“(It) will help countries… have expanding access to hydro-electricity while participating in a global transition to clean, low-carbon energy systems,” said Pierre Marie Ngnike, an environmental expert in Cameroon’s ministry of water and energy.

The plan includes a 700 km interconnection line between Ngaoundéré and Maroua in Cameroon and N’Djamena in Chad, and a second section around 250 km long linking the two countries.

The scheme will also put in place rural electrification along the corridors of the new transmission lines, connecting local communities to a power supply.

According to Cameroon’s ministry of water and energy, electricity access rates are only 18 percent in Cameroon and as low as 3 percent in Chad.

Yet both countries are rich in energy resources, which remain unharnessed. Cameroon has economically viable hydropower potential of over 12,000 MW, of which only around 6 percent has been tapped.

Meanwhile, the Chadian government has begun to develop oil production, eyeing medium-term opportunities to generate electricity from petroleum gas. It hopes to export power to Cameroon, especially during dry periods.

Energy ministers from the Economic Community of Central African States have approved a plan, which runs through 2030.

Another grid interconnection project between Cameroon, Gabon and Equatorial Guinea aims to promote energy exchanges, making power cheaper for users. This will entail the construction of a high-tension overhead power line, and is being funded by the AfDB to the tune of $150 million.

In addition, work is underway on a new 3,800 km transmission line that will run from DRC to South Africa through Angola and Namibia, due to be completed by 2018. The purpose is to feed electricity to be generated by the Inga III and Grand Inga hydropower schemes in western DRC into the Southern Africa Power Pool.

This program includes an option to extend the line to Gabon, Equatorial Guinea, Cameroon and Chad.

Cameroon’s strategic development vision through to 2035 has a goal of advancing the country to middle-income status by reducing poverty and industrializing its economy.

This will be tough to achieve without adequate energy infrastructure. The country’s current low level of electrification “is a handicap to the production of goods and services,” the vision states. In rural areas, only 3.5 percent of people have access to electricity.

Like other countries in the region, Cameroon has recently launched new hydro and thermal gas power projects.

The Central Africa interconnection scheme is also expected to create around 3,000 direct and 5,000 indirect jobs.

However, there is disagreement over the efficacy of relying on hydropower.

“Hydropower is a renewable source of energy, relying on water that is continuously replenished through the natural cycle,” said Martin Mesumbe Akame, an official in the ministry of water and energy. “It is near-zero emissions, and can be dispatched quickly to meet peak electricity demand.”

But critics point to production falls during dry spells, saying Cameroon’s high dependence on hydroelectricity increases its vulnerability to droughts, which could worsen with climate change.

Samuel Nguiffo, coordinator of the Centre for the Environment and Development, a Cameroon-based NGO, said Central Africa needed energy for development, but the social and environmental costs of constructing hydropower dams were often too high.

“People have to be displaced, communities along the project area have to sacrifice their land and livelihood for little or no benefits, and the natural environment is destroyed,” he said.

He pointed to the Memve’ele and Lom Pangar hydroelectric dams in the South and East regions of Cameroon, for which large tracts of forestland have been cleared.

Inequitable distribution of benefits can sometimes spark conflicts that call into question the overall value of such projects in meeting energy needs, Nguiffo added.

This piece first appeared Trust.org from the Thompson Reuters Foundation.

Elias Ntungwe Ngalame is an award-winning Cameroon-based freelance writer for the Thomson Reuters Foundation with an interest in climate change, the environment and corruption and governance issues.

Alan Jenn Assistant Professional Researcher at The Institute of Transportation Studies at the University of California, Davis
URL: https://www.brinknews.com/how-central-africa-is-tackling-power-shortages-and-poverty/
Get ahead in a rapidly changing world. Sign up for our daily newsletter. Subscribe
​​