The Case Against Corporate Short-Termism 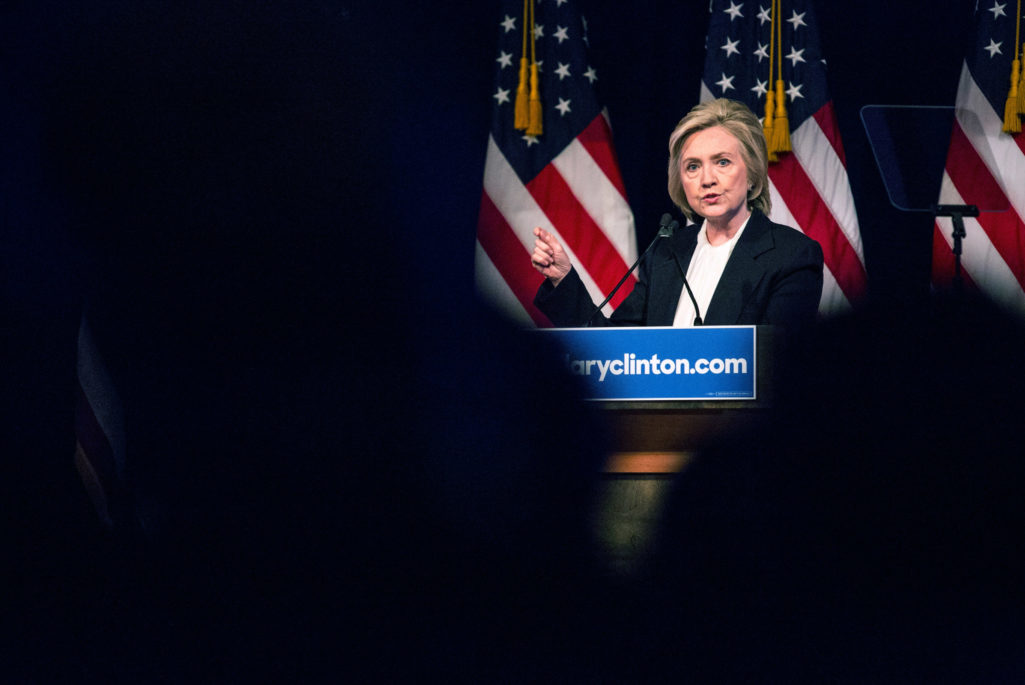 Presidential candidate Hillary Clinton in her flagship economic speech last month became the latest to denounce what has become known as corporate “short-termism,” or the emphasis on short-run profits and quarterly earnings over long-run corporate growth.

The outcome of corporate short-termism leads to underinvestment in worker training, equipment, and research and development, its critics argue. Instead, cash-flush firms—indeed last year U.S. companies held a record of $1.64 trillion in cash—feeling the burn in their pockets of ultra-low interest rates, boost stock profits through board-approved acquisitions or stock buybacks.

Clinton and other Democrats’ main issue with corporate short-termism is that it rewards executives at the expense of workers and reduces investment in the “real economy,” the culminating effect of which exacerbates inequality. While it’s certainly true that executive pay has influenced inequality, the greater culprit is slow income growth across the majority of American occupations. Here, too, those who oppose current trends in corporate culture argue short-termism has hamstrung economic growth and wages. It limits investments in key innovative activities such as research, the purchase of new high-tech equipment, and worker up-skilling in new technologies, they say.

While these investments are essential to U.S. innovation, it’s not immediately clear that rewarding shareholders necessarily restricts these actives in the aggregate. The whole point of a publicly traded stock market is to reallocate resources from low-growth to high-growth enterprises. Through the ability to buy and sell shares of large firms and invest profits elsewhere in the economy, shareholders serve as a conduit between large, public companies and entrepreneurs and small innovative firms seeking access to capital. Venture capital, angel investors, and other non-traditional private equity firms often rely on selling shares in newly minted IPOs to support the next generation of technology companies. And economists have long known that economic growth is contingent on innovative young firms growing through the development of new products and services that carve out new markets.

So is the clarion call against corporate short-termism overblown? No, it is not for two reasons. First, the U.S. economy thrives when innovation occurs within both young, small firms and large corporations. Each plays a unique and symbiotic role within the U.S. innovation system. Consider a major U.S. metropolitan hub of innovation such as Seattle. Large firms like Microsoft create a labor market for talented software developers and have significant R&D budgets tightly tied to pre-defined product lines. During the R&D process, however, coders and researchers at Microsoft develop new product concepts that are innovative but often not well aligned with the company’s product lines. These researchers—relying on technology-based venture capital networks that have grown up around Microsoft—take their ideas and build young new companies that can incubate new products and eventually fill a niche in Microsoft’s supply chain.

The example is far from hypothetical. Research from the Center for Economic Policy indicates that neither large nor small firms alone are sufficient for cities to grow; instead the special sauce of metropolitan innovation is a mix of large and small research centers working on a host of industrial problems in loose concert. When traded companies shirk on these investment efforts to reward shareholders or executives in the short-term they reduce the innovative capacity of the entire region in which they are located.

The second reason why short-termism hurts U.S. economic growth is that financial markets do a poor job at valuing innovation. Nobel Prize winner Robert Shiller has shown that the stock market is “irrationally exuberant,” predicting highs and lows in the market that are more exaggerated than the actual trajectory of the economy.

Given it often takes years to decades to bring inventions to market firms that predominately rely on highly volatile public-trading markets, as opposed to internal capital markets, companies have difficulty justifying consistent, long-term investments in innovation. To continue with the Seattle example, in 2006 when Microsoft announced it planned on investing in long-term R&D to compete with Google and Yahoo’s search engine, the company’s stock price fell overnight by over 11 percent, reducing the firm’s market capitalization by $30 billion. For large firms to invest in long-run, innovation-based growth, they often need to rely either on traditional private equity or, more often, cash reserves, without worrying about activist investor backlash.

Clinton and others are right to worry that corporate short-termism is undermining future economic prosperity. But not only for its role in economic inequality (though it surely aids and abets inequality) but because it cuts away at the lifeblood of U.S. economic growth: innovation.

Scott Andes is a senior policy analyst at the Metropolitan Policy Program. His work focuses on advanced industries, innovation and technology, and economic development. Prior to joining Brookings, he was a research analyst at the Information Technology and Innovation Foundation and also special assistant at the Democratic Senatorial Campaign Committee.