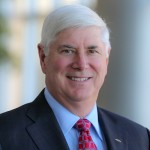 David Melcher
President and CEO of the Aerospace Industries Association 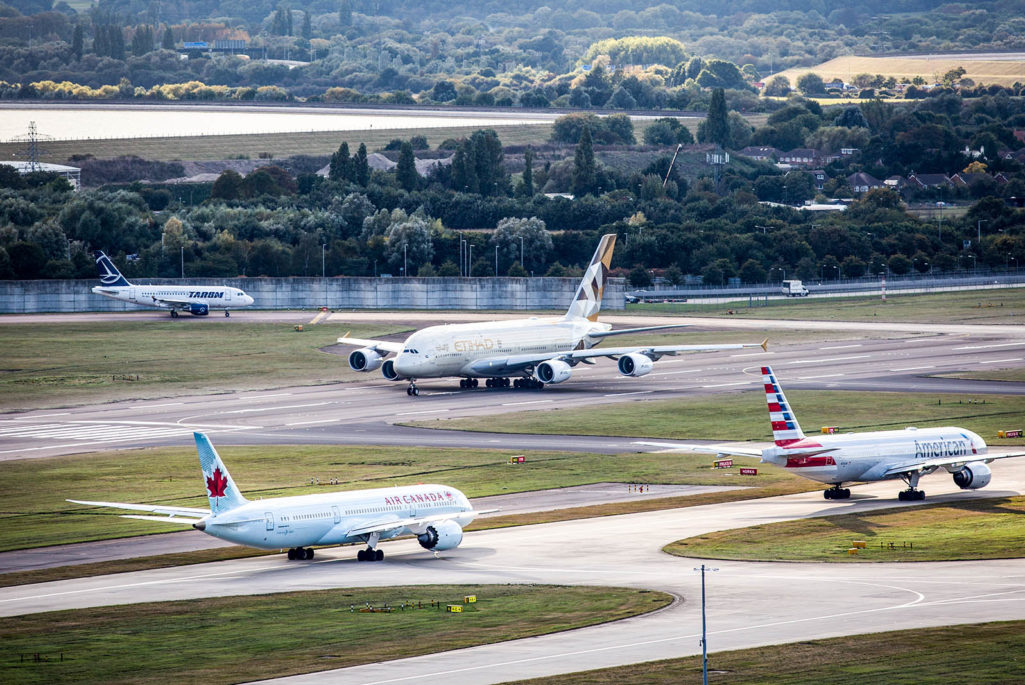 A general view of aircraft at Heathrow Airport on October 11, 2016 in London, England. The advanced technology that manufacturers incorporate into aircraft is a large part of the equation when it comes to reducing emissions from the aviation sector.

The aviation sector came together in 2009 and did something unprecedented and meaningful: Voluntarily agreeing to significant cuts to CO2 emissions, including carbon-neutral growth from the year 2020 (CNG2020). Until that time, the aviation community had agreed to reduce emissions by 1.5 percent annually and to halve them by 2050 (as compared to 2005 levels). Fuel efficiency drives our industry, but environmental sustainability is also critical to customers and our membership.

Leading us further toward our goals, this February, the International Civil Aviation Organization (ICAO) Committee on Aviation Environmental Protection agreed to an ambitious CO2 emissions standard for commercial aircraft. This standard resulted from six years of committed work by a task force of experts from governments, industry and non-governmental organizations, and will be endorsed by the ICAO Council later this year.

The certification standard aims to reduce aviation CO2 emissions by encouraging the integration of fuel-efficient technologies into aircraft design and development. It is part of a broader set of actions aimed at tackling aviation’s environmental impact. They include improvements in flight operations, deployment of biofuels and the reduction of noise and other emissions, together with the development of a global market-based measure for aviation‎ to be agreed upon during the ICAO General Assembly in October 2016. Market-based measures are policy instruments that use markets, price and other economic variables to provide incentives for companies (in this case, airlines and other aircraft operators) to reduce environmental pollutants such as CO2.

The aviation industry is 70 percent more fuel efficient today than when the first jets were introduced.

The aviation industry’s progress on emissions has been criticized by some in the environmental community for not going far enough; however, this ignores the great progress we’ve made—and will continue to make— toward reducing our carbon footprint through continuous fuel efficiency improvements. Indeed, our industry is 70 percent more fuel efficient today than when the first jets were introduced, and the new standard will make certain that our trajectory continues. The standard ensures additional progress as it comes into effect for new type designs from 2020, and for smaller aircraft below 19 seats in 2023. This standard goes beyond new type designs and will also apply to all existing aircraft types rolling off the production line from 2023, which is also unique for an aircraft certification standard. Also, there is a production cut-off in 2028 for those aircraft not meeting the standard. Clearly, this standard is significant.

The advanced technology that manufacturers incorporate into aircraft is a large part of the equation when it comes to reducing emissions from the aviation sector. We will ensure that the technology will be ready. Although aviation is a small contributor to climate change (only 2 percent of man-made CO2, according to the Intergovernmental Panel on Climate Change), and even smaller when you siphon off the transportation segment (11 percent of greenhouse gas emissions come from the transportation sector in the U.S., according to the EPA), we continue to make major improvements. It is our intention to seek greater improvements, and it is the right thing to do.

Airlines and operators are also a key part of our industry CNG2020 goals. Operational procedures and incorporation of new satellite technologies into our air navigation system are critical to making sure airlines and other operators are as efficient as possible.

Another ingredient to emissions improvement, the continuous testing and deployment of biofuels, also will move forward. There are now several possible sources of alternative sustainable jet fuels that have met rigorous safety standards for use as a jet fuel replacement. The technology is there, but we need to see more progress in developing scalability of biofuels before they can gain more traction in the commercial market and make a big difference.

Finally, we expect the ICAO Assembly to agree to a global market-based measure for operators. The measure will complement the four items that comprise our climate change improvement actions: technology, including the recent CO2 standard for civil aircraft; operations; infrastructure improvements and alternative fuel development and deployment. The global market-based measures will fill the gap to assist industry in meeting our CNG2020 goals, and we are optimistic that ICAO’s 191 member states will agree on a mandatory global carbon-offsetting scheme.

With this agreement in place, the world community can expect additional good news about the aviation industry’s efforts to further reduce our environmental impact.

President and CEO of the Aerospace Industries Association

David Melcher is the President and CEO of the Aerospace Industries Association.

Kate Higham Coordinator for the Climate Change Laws of the World Project at The London School of Economics
URL: https://www.brinknews.com/how-innovation-is-helping-airlines-cut-carbon-emissions/
Get ahead in a rapidly changing world. Sign up for our daily newsletter. Subscribe
​​