How Superstitions Change the Way We Make Decisions 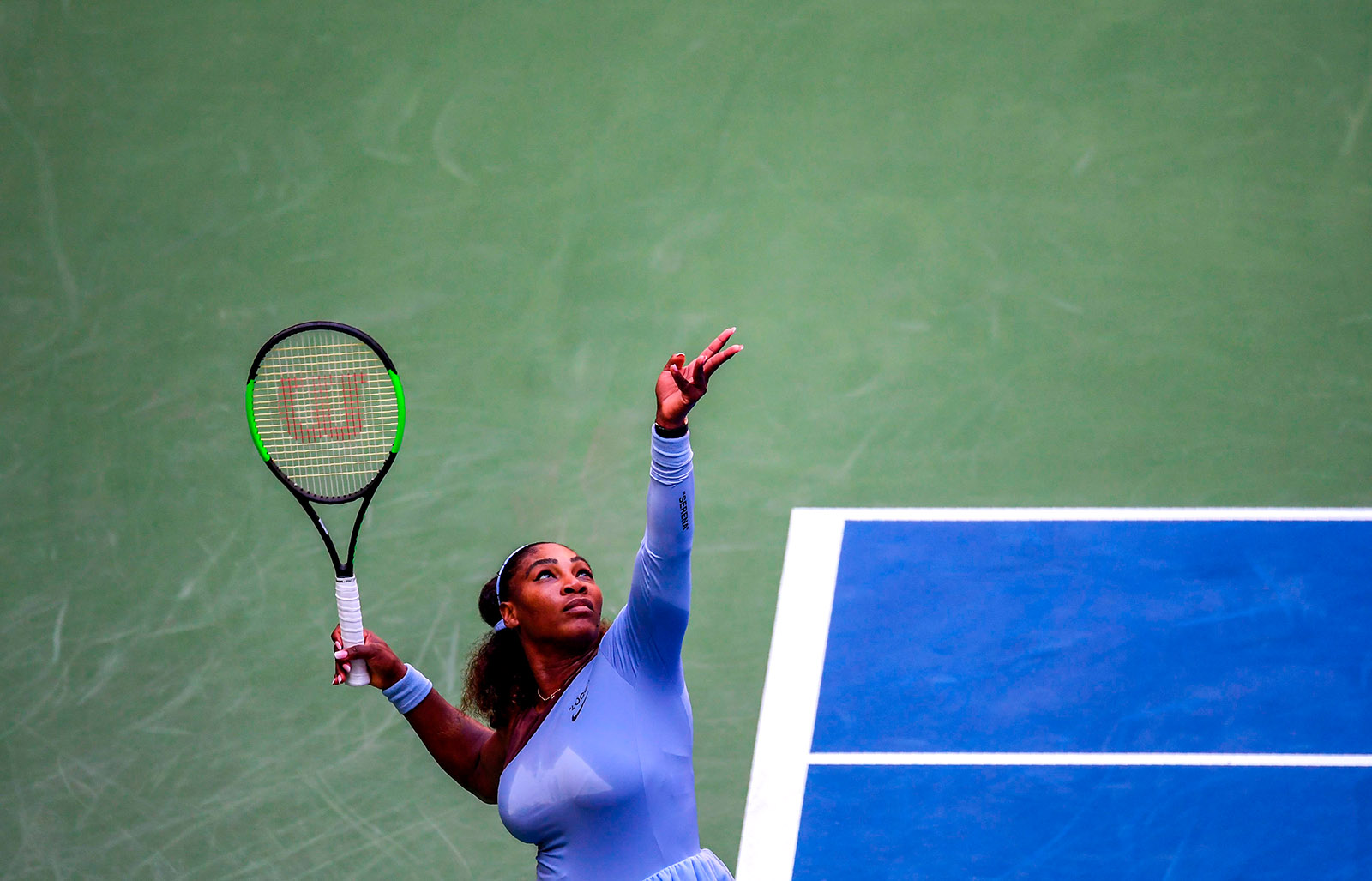 Serena Williams serves during a women's singles match on Day 7 of the 2018 U.S. Open in New York City. Williams engages in superstitious behavior when playing, a factoid that helped spur a new study from two Kellogg professors, who became curious about such actions.

Serena Williams is known to wear the same socks—unwashed—when she’s on a winning streak. She also makes sure to bounce her tennis ball exactly five times before her first serve.

These observations helped spur a new study from two Kellogg professors, who became curious about such actions. If one of the world’s greatest tennis players is susceptible to superstition, they thought, are any of us fully immune?

“We wanted to know if such acts might affect people’s more typical, more mundane decisions,” says Ping Dong, an assistant professor of marketing at the Kellogg School.

So Dong and Kellogg marketing professor Aparna Labroo set out to examine how engaging in superstitious actions affects how we think. Specifically, they wondered whether engaging in a superstitious act changes the way we calculate our odds of success or failure when deciding whether to do something risky.

Previous research has shown that people generally hate losing more than they like winning. For example, people will take significant risks to avoid losing money—but will not accept the same amount of risk in hopes of receiving a windfall. This phenomenon, called loss aversion, has been observed in everything from the sale of wine to the housing market.

But what happens when superstition enters the picture? Will black cats, evil eyes, and broken mirrors change how people react to gambles, gain, and loss?

The answer, according to the researchers, is an unambiguous “yes.” The simple act of crossing one’s fingers or clutching a rabbit-foot keychain flips loss aversion on its head. People become more risk-seeking in gains; on the flip side, but chose to take fewer risks to avoid facing losses.

Labroo and Dong believe the turnaround is the result of increased fatalism: When engaging in superstitious acts, people stop making rational deliberations about probability. Instead, they believe outcomes are predetermined.

“We can think about all kinds of good things happening and all kinds of bad things happening, but thinking about the probability and trying to compute expected value is less natural. It takes a little more effort,” Labroo explains. And many of us give up on those complex computations while engaging in superstitious actions, she adds.

Whether consciously or unconsciously, engaging in superstitious acts makes people believe in a world governed by mysterious forces rather than probability—one where outcomes are simply “meant to be.”

The researchers devised a few different experiments to tease out the effect of superstition on risk-taking.

In the first one, participants wrote about a time they waited to hear about something—such as an exam result or investment outcome—that either turned out favorably or unfavorably. This primed participants to think about either gains or losses.

Then, in an ostensibly unrelated task, subjects randomly selected a keychain to hold as they made a decision. Some were given a rabbit-foot keychain. Those in the control group received a simple fluffy white keychain.

While holding one of the two keychains, subjects were asked to make a hypothetical risky choice about an upcoming vacation. They could pick between a basic room at a three-star hotel in an average neighborhood at their destination, or a five-star hotel whose name and neighborhood were concealed, meaning the location could be great or terrible. It was a gamble: a low-risk, low-reward option, or a high-risk, high-reward option.

People engaging in a superstitious act behave a lot like people who are feeling mentally taxed, a state known as high cognitive load.

But among subjects who had been clutching a rabbit’s foot, the effects reversed. In the gain-primed group, 44 percent took the gamble, but in the loss-primed group, only 14 percent did. These results helped to demonstrate the basic concept: Superstition upends loss aversion.

Using a similar setup that presented a high- or low-risk gamble where participants could earn or lose money, the researchers replicated the findings of the first study. Gain-primed subjects engaging in a superstitious act (crossing their fingers, versus, in the control group, making a fist) were more likely to seek risk; loss-primed participants were more likely to do the reverse.

The researchers also asked participants more detailed questions about how much they had deliberated when coming up with their decision, as well as whether they had focused more on their odds or on the outcome of the gamble.

The results showed that participants engaging in superstitious acts deliberated less when coming up with their decision. They also focused more intently on the ultimate outcome of the gamble—gaining or losing money—and less on the probability of the gain or loss.

While crossing their fingers or performing similar superstitious actions, people “just look at the endpoints, gain or loss,” Labroo says. “They don’t think about expectancy. They just think, ‘Gains are going to happen’ or ‘Losses are going to happen’—fatalism at its finest.”

The final experiment, also conducted online, showed that people engaging in a superstitious act behave a lot like people who are feeling mentally taxed, a state known as high cognitive load.

As in the previous studies, Dong and Labroo had participants write about loss or about gain. Then participants were separated into the superstition group or control group, using the same actions as the second study—crossing their fingers or making a fist.

This finding is consistent with the results of the previous experiments: When people devote fewer cognitive resources to a risky choice, they don’t play the odds—instead, they focus on the most extreme possible outcomes.

Other Ways Superstitions Affect Our Behavior

Dong and Labroo say they are interested in how far-reaching the effects are of superstition on decision making—for ourselves and others. Will the effect they discovered hold true for decisions with longer-term implications, like how risky to be with retirement savings?

The current study also shows that while loss aversion is an important force, it depends a lot on context—and one that can be manipulated.

This is another area the researchers may explore in the future.

But neither Labroo nor Dong will be reaching for the rabbit’s foot as they decide which research avenue to pursue next: Dong says she’s not superstitious, and Labroo says she’s not either—except, she jokes, “when I’m in a lot of trouble.”

This piece first appeared in Kellogg Insight, from the Kellogg School of Management.

This piece has been reprinted from Kellogg Insight, at the Kellogg School of Management.