How To Strengthen and Sustain a Healthy Risk Culture 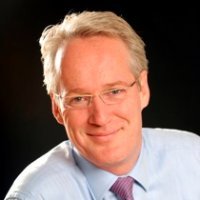 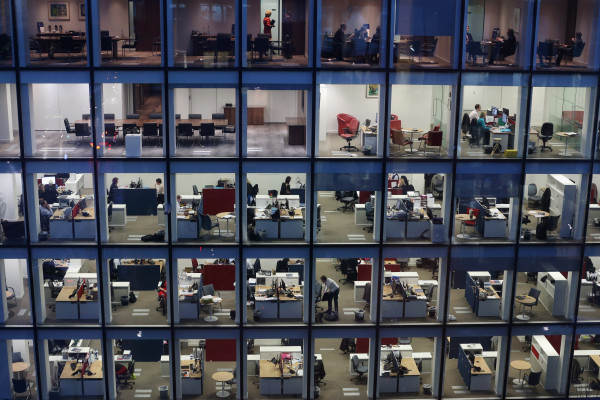 People work at a modern office development in London. A new report from Marsh McLennan's Global Risk Center says the key to a sustainable risk culture is motivating human beings themselves.

Companies don’t achieve strong risk cultures by osmosis or accident. Nor is strong risk culture solely due to policies and procedures. These may outline and define what that culture is supposed to be, but progress depends on the galvanization of one key thing: human beings, according to a new report from Marsh McLennan Companies’ Global Risk Center.

Risk culture is ultimately about the way people act and their motivations for responding to the risks they face in a responsible way. Therefore, initiatives to strengthen risk culture must at their heart have an understanding of behavioral paradigms—how the brain works, and how to build new behaviors—rather than just instructing people to do things and expecting results to flow like some kind of robotic algorithm.

A company has a strong risk culture when its personnel, at all levels, consistently exercise sound judgment in the face of opportunities and threats. This doesn’t simply mean that the workforce is compliant with defined protocols, although compliance is an important early step. It means that, individually and collectively, personnel are anticipating risks and reporting issues of concern, looking out for each other and the firm, and responding to evolving situations in line with corporate risk goals.

Culture—a Journey of One
At the most simple level, a behavior is a combination of what someone says or does. If a behavior can’t be articulated in a way that can be seen or heard, it’s not a behavior. Companies often talk about “openness” as a behavior. When you experience a culture of openness you see a whole host of behaviors—it is these that we can observe, measure, and influence

Helping employees on their journey to developing desirable behaviors requires first understanding the root causes. For example, company leaders might be disappointed about a lack of collaboration between teams, so they establish structures or processes that encourage people to share information. But people might not share because they’re incentivized by something that stems more from a selfish element rather than a collective element. It could be that they have heard that some groups are a bit loose with information and sharing would actually raise corporate risk. So without investigating the root causes, leaders may make the wrong change.

Once behavioral change is rightly identified as a desirable goal, the challenge becomes completing the journey from doing a new task—something you have to think about doing—to enacting a behavior, something that happens naturally.

Characterizing Personnel Behaviors Against The Two Dimensions of Risk Culture

Characterizing Personnel Behaviors Against The Two Dimensions of Risk Culture

Neuroscience has shown that acquiring a behavior is a different process from learning a task, and the part of the brain where new behaviors are learned is rarely engaged when someone is given an instruction or offered short-term incentives. To access and “rewire” the neural networks where beliefs and habits reside, individuals and teams must be taken on a journey.

In the first instance, this involves identifying which behaviors need changing and understanding what is driving them. Recognizing unconscious biases and particular dispositions that reinforce behavioral norms is critical for untangling intuitive preferences and refocusing them. It is then important that individuals experiment with new behaviors and rehearse them until they become second nature. When the journey has been undertaken by a cadre of people, it may be said that cultural change has been achieved.

Speaking practically, sustained behavioral change is most likely to take place when influences appeal to people both rationally and emotionally, formally and informally, consciously and subconsciously. Personnel must be guided toward acting in an appropriate manner, not tasked to do so—they should feel like they are choosing to behave in the right way.

Progress depends on the galvanization of one key thing: human beings

Targeting the Journey
Company leaders’ commitment to the risk agenda should be seen and felt by all staff, and senior managers should be actively and personally involved in the development of their teams’ risk management capabilities.

Many companies take a broad-brush approach when trying to shift behaviors and cultures. They end up spending money lightly on everybody and ultimately such efforts have little impact. Newsletters and presentations are of limited use. It is much more effective to leverage the human desire to belong to something and stimulate person-to-person interaction.

A company can shift the whole organization without having to shift everybody because people will move themselves. The key is to pick groups within the company that have a lot of connection points to, or “influence” over, other groups.

Deep down humans are pack animals; they have an innate desire to belong. We all like to be part of something bigger than ourselves. If a sufficient number of people start on a journey toward a different set of behaviors and they’re seen to be well-thought of and successful inside the system, people will naturally start to adopt those behaviors. When someone joins a university, no one is standing there saying “this is the culture of the university… this how you need to behave”. Because students want to belong and be a part of the university, they quickly pick up the norms that make up that particular culture. Similarly, when people join a company, they start to modify their behaviors to conform with what they see in their colleagues.

Many companies need to be more creative about engaging with their personnel—developing learning loops to nurture new behaviors, blending formal training with informal nudges, and attending to details as varied as discussion formats, vocabulary choices, and even office design. At the end of the day, the art of molding desired behaviors is to make subconscious decisions conscious then engrain new practices in subconscious behaviors again. Initiatives that simply focus on the conscious brain and overt, rational decision making will fall short of their goals, as will efforts that assume behavioral adjustments will follow from a single intervention.

When thinking about groups to target, look for those that are “troubled.” Working with these groups first will have a bigger impact on others. Employees talk. They know which groups are straddling the line between good and bad behavior. If “troubled” teams shift, others will take note and a ripple effect will happen as others teams gravitate toward making similar changes.

With a commitment of time and effort, cultural change can be achieved. But it’s not going to happen just by telling people to change. It has to be done through practice and by being motivated and supported in that practice.

Kevan Jones is a partner at Oliver Wyman responsible for UK, Scandinavia and SE Asia, focused on large-scale change. He is a specialist in areas of leadership team development, behavioral change, and executive coaching.