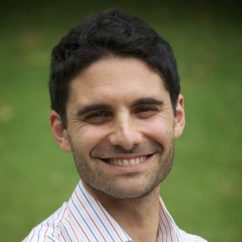 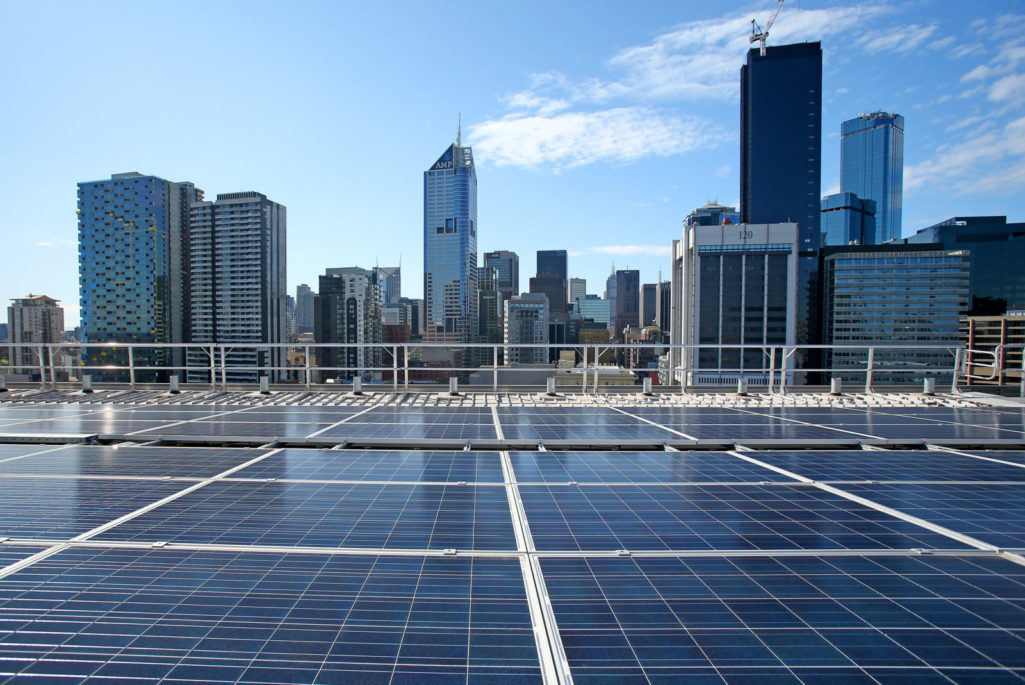 Solar panels are seen on the rooftop at AGL's new Docklands office on August 20, 2015 in Melbourne, Australia. The rooftop solar system covers 20,000 square metres and will generate an estimated 110,000 kWh of electricity a year.

Energy is a fundamental economic input, and governments around the world are taking steps to ensure that energy—like labor, capital and other economic inputs—is used more productively. Improving energy productivity and efficiency increases overall economic performance and competitiveness, cuts energy costs for consumers and reduces greenhouse gas emissions at the same time.

Australia could nearly double its energy productivity, or the measure of productive output derived from each unit of energy consumed, by 2030, delivering significant benefits to the economy and a substantial reduction in greenhouse gas emissions. And this could occur without major structural changes to the economy and by using technologies that exist today, according to a report by ClimateWorks Australia.

The report modeled a scenario in which Australia could increase its energy productivity from 24 cents of GDP per megajoule of primary energy use in 2010 to 48 cents of GDP per megajoule in 2030—a 97 percent improvement. According to the report, “in this scenario, Australia’s GDP in 2030 would be 58 percent higher than in 2012 while energy consumption would decline by about 15 percent.”

How Can We Achieve This Potential?

The report shows that about half of Australia’s potential to increase energy productivity can be realized through simple measures like using LED lighting in homes and offices, installing more efficient heating and cooling systems, automating some industrial processes and improving energy data systems.

A further 36 percent of the potential can be realized by switching from old fossil fuel electricity generation to renewables and by reducing energy losses that occur through the energy distribution process.

The remaining potential can be achieved through electrification in the transport and industry sectors. For example, switching to electric cars or using electric conveyors instead of mining trucks to move materials. What are the Benefits?

Reduced energy costs. Energy productivity improvements can help reduce energy expenses and ensure that there is a greater economic return for every dollar spent on energy. In 2011-12, Australians spent A$120 billion ($90.1 billion) on energy across the economy, which is equivalent to 8.2 percent of Australia’s GDP that year. Higher energy productivity could increase the overall productivity of the economy and deliver substantial benefits to households and businesses hit by rising energy costs.

Improved fuel security. Increasing energy productivity would also help improve fuel security.  Australia in particular is increasingly reliant on oil imports, which constitute over 90 percent of its oil use. We found that improving the efficiency of Australia’s light vehicle fleet could reduce demand for imported oil by up to 66 billion barrels by 2024. Electrification—particularly of transportation—can also help reduce reliance on imported oil.

Reduced emissions. The same actions taken to improve energy productivity will also help reduce emissions. Energy use accounts for more than 65 percent of Australia’s greenhouse gas emissions, so improving energy productivity would help achieve the national emissions reduction targets and contribute to keeping global warming to well below 2 degrees Celsius by the second half of the century.

Our recent research on reducing emissions from the built sector shows buildings can deliver over A$20 billion in energy savings by 2030. However, outside a small group of market leaders, progress has been very slow—2 percent and 5 percent improvement in energy intensity respectively in commercial (energy use per meter squared) and residential (energy use per household) buildings over the past decade.

Energy efficiency and productivity improvements are slowed by a range of interrelated barriers, including:

Project attractiveness: Some opportunities do not deliver a sufficient financial return without additional incentives or removal of market distortions.

Motivation: Many opportunities are not taken up because one or more of the key decision-makers are not motivated to do so. This may be a result, for example, of entrenched habits, perceptions or ways of doing business.

Capability: In many cases, the key decision-makers do not have access to the necessary information, skills or resources to identify, build the business case for, or implement energy productivity improvements.

What Needs to be Done?

It is important for countries to give a specific focus to improving the productivity of expenditure on energy. One way for this to occur is to develop an energy efficiency or energy productivity plan that involves setting an ambitious national target, with supporting sectoral targets and adequate resourcing, to help address these barriers and accelerate improvements across the economy.

We need government and businesses to drive increased levels of energy efficiency to help increase productivity while at the same time helping to avoid dangerous climate change.

Mark Campanale Founder and Executive Chair of The Carbon Tracker Initiative
URL: https://www.brinknews.com/improving-energy-productivity-boosts-growth-and-reduces-emissions/
Get ahead in a rapidly changing world. Sign up for our daily newsletter. Subscribe
​​