India in the Spotlight to Lead on Climate Change Commitments 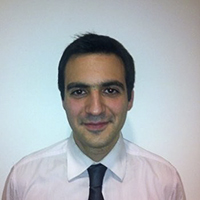 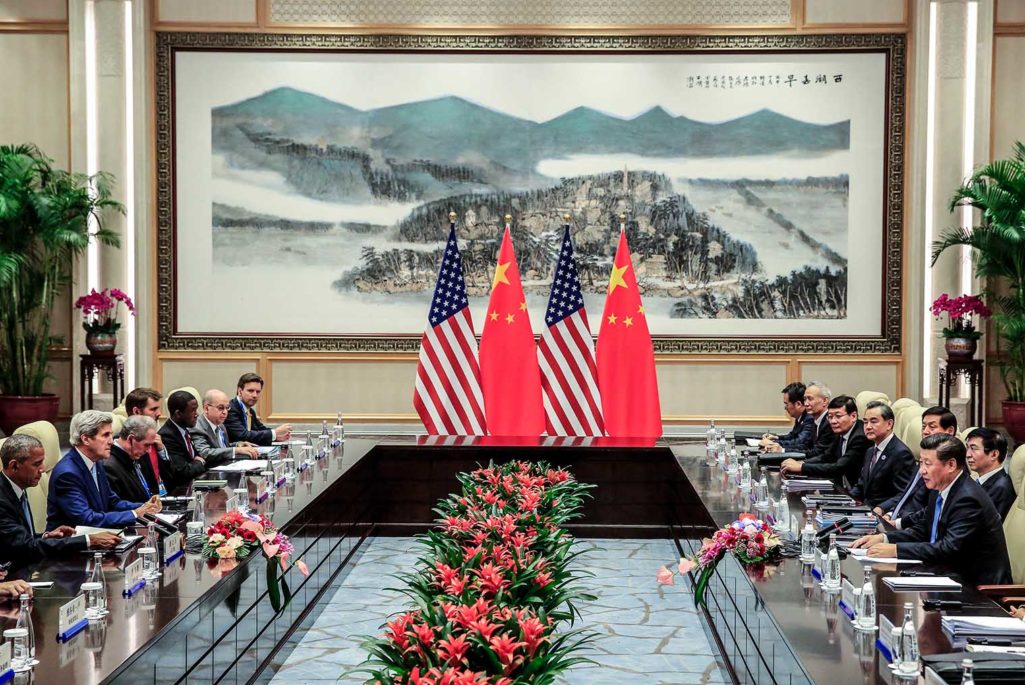 Chinese President Xi Jinping (R) attends a meeting with U.S. President Barack Obama (L) and US Secretary of State John Kerry (2nd L) at the West lake State Guest House in Hangzhou on September 3, 2016. The United States and China on September 3 formally joined the Paris climate deal, with President Obama hailing the accord as the "moment we finally decided to save our planet."

It’s that time of year again. The United Nations General Assembly is here. A lot has happened over the past 12 months, especially on the environmental front, for which 2015 was a turning point. Governments successively adopted the Sustainable Development Goals in September before sealing a historic deal in Paris in December by signing off on the Paris Agreement on climate change.

Since then, expectations have shifted. While 2014 and 2015 were all about mobilization and momentum building, 2016 is the first year that the focus is on delivery. Governments are expected to live up to their commitments, starting with ratifying the Paris Agreement and delivering on their low-carbon development plans, or their Nationally Determined Contributions (NDCs). Business is expected to scale up its investments in the transition toward low-carbon economies. And civil society, is expected to continue pushing mainstream environmental concerns in people’s daily lives.

This is probably Paris’ greatest achievement. The old model, where countries (and just a few of them) were supposed to single-handedly fight climate, change is gone. While there was a clear rationale for this at the time, the world has changed tremendously since the 1990s. Paris basically updated the operating system: from now on, all countries have a responsibility in the fight against climate change, and cannot succeed without the full spectrum of society also contributing. Naturally, those that can do more should. But the dynamics have fundamentally and irremediably changed.

China and the United States’ joint announcement to ratify the Paris Agreement is probably the best illustration of this. The National People’s Congress has already voted “to review and ratify” the Agreement, while President Obama did so through an executive order to bypass a Republican-dominated Congress, the majority of which opposes the deal. The fact that their announcement came on the margins of the G20 is even more telling: this is a group that emerged a few years ago to reflect the evolving balance of power on the international stage, and one in which both the U.S. and China have equal status (China hosted the G20 this year in Hangzhou).

The U.S. and China’s joint Climate agreement is considered a real paradigm shift for the possibilities it opens up.

Who would have thought this day would come so quickly? Just consider: in December 2009 at COP15, these two same countries led the way to a lowest common denominator agreement. Back then, it was already an attempt to do away with the “old world,” one that was predominantly characterized by an opposition between developed and developing countries, a distinction stemming from a list established in the early 1990s! The emblematic instrument of this era was the Kyoto Protocol, which the U.S. never ratified because of that fundamental imbalance. But it was a failed attempt. Six years later, the shift is unprecedented. One illustration: there is now an annual Business and Climate Summit where business and government representatives meet to advance the climate agenda together. And its next edition will take place in India.

U.S. and China Lead by Example on Climate Change

So, in retrospect, the U.S. and China’s joint announcement can be considered a real paradigm shift for the possibilities it opens up. With these two countries now on board, we are about halfway to the Paris Agreement’s entry into force, 27 countries accounting for 39 percent of emissions having officially deposited their ratification instruments. According to the double requirement set by the Agreement (55 countries accounting for 55 percent of global emissions), 28 more countries representing 16 percent of global emissions are required to join for the agreement to enter into force.

And many countries already have announced their intention to do just that: UN Secretary General Ban Ki-moon, whose publicly stated goal is to see the entry into force of the Paris Agreement before the end of 2016, organized an event in New York on September 21st  to welcome new announcements and ratification instruments deposits. Add to that countries like Brazil (accounting for around 2.5 percent of global GHG emissions) which, despite internal turmoil, are also on board, and it is increasingly likely that the Secretary General might see his wish come true before he steps down on December 31st. Less than a year after Paris, this would be an incredible achievement.

To get over the line, further significant steps are required. European countries should live up to their leadership ambition and ratify both individually and collectively. This, unfortunately, is far from being the case (with the exception of France, which has done so as the host country of COP21). Countries like the UK, Germany, and Poland—EU’s biggest emitters—should ratify soon to inspire the EU to move collectively. This would be a significant step: the EU accounts for close to 12 percent of global greenhouse gas emissions out of the 16 percent that are missing. And, as far as country numbers are concerned, there are still 28 countries in the EU for the time being. Precisely the number required to reach the 55 country threshold.

India Must Own Up to Real Action on Climate Change

Now, all eyes turn to India. The latest reports suggest the country is not ready to announce a date for its ratification just yet. This is confirmed by the vague formula that made its way through to the final version of the G20 communiqué: “As soon as possible.” Whatever its reasons, the country will need to rise to the occasion. As the world’s third largest emitter, ratification from India would send a very powerful signal. The same goes for Russia, the fourth largest global emitter, but they have been historically shy on the topic, and for a few other top emitters as well (Indonesia, Japan, Mexico). But none would have such a strong impact as India.

This should happen fast, because on-the-ground efforts are moving forward. Examples of possibilities are emerging, providing glimpses into the effects the Paris Agreement could have on a much larger scale. To name just a few examples: there was an excess of renewable energy produced in Chile in early 2016 that the country temporarily gave it away for free; France recently announced it would be the first country in the world to issue government green bonds; and every new report confirms the scale and pace at which renewable energy costs, particularly solar and wind, are plummeting.

The list goes on. But all of this points to a central element, which is the increased need for further public-private action. None of the governments or businesses involved will have the power to single-handedly deliver the scale of change that is required at the right pace. Working together however, governments and businesses can make that happen. This is why meetings such as the upcoming COP22 in Morocco are still very much relevant: not only do they have to keep the Paris spirit alive, but they also have to make sure it is being translated into action. Entry into force of the Agreement is a crucial step, but cannot be the only one. The mobilization of all countries is key.

Noam Boussidan is the Project Lead, Climate Change Initiatives at the World Economic Forum. Prior to joining WEF, he worked as Senior Climate-Energy Coordinator at TOTAL. 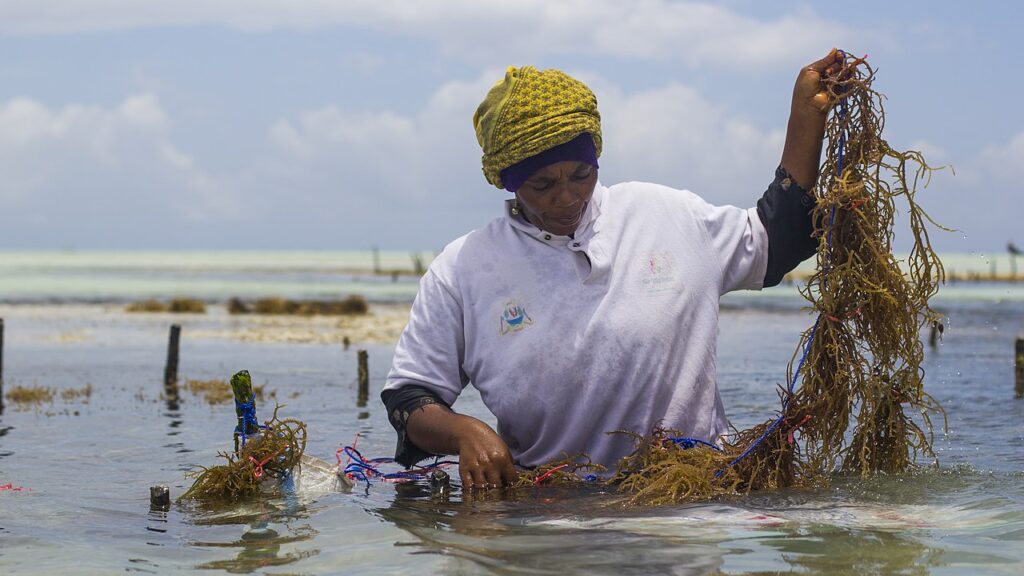 Paul Dobbins Senior Director of Impact Investing and Ecosystems Services, Aquaculture at World Wildlife Fund
URL: https://www.brinknews.com/india-in-the-spotlight-to-lead-on-climate-change-commitments/
Get ahead in a rapidly changing world. Sign up for our daily newsletter. Subscribe
​​