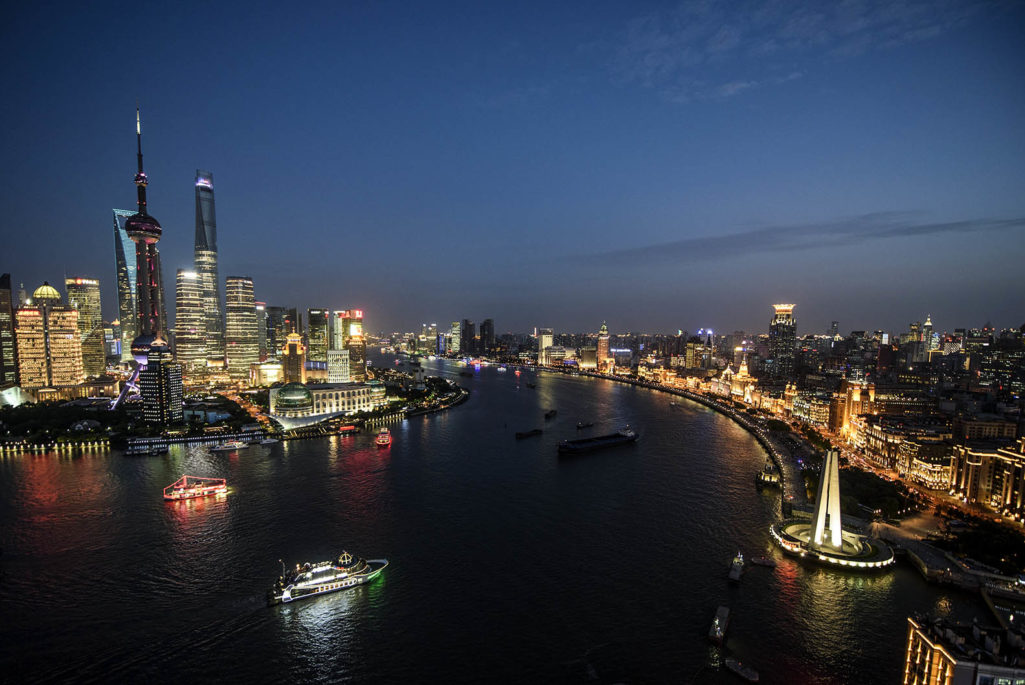 Ships pass by the skyline of the Lujiazui Financial District in Pudong in Shanghai on August 14, 2015. China is among the countries at the forefront of fintech innovation and adoption, and its insurance industry is using the latest technology to better serve its clients.

While insurance penetration in China is currently low (3.6 percent in 2015) compared to developed markets such as the UK (10 percent) and the U.S. (7.3 percent), strong government support, coupled with a growing middle class, is making insurance products more accessible. In 2015, for example, total insurance gross written premiums (GWP) in China increased by 20 percent in 2015 to 2.4 trillion yuan ($355 billion).

In fact, the Chinese insurance market has doubled in size over the past six years. Based on China Insurance Regulatory Commission’s (CIRC) five-year plan and various other sources, the insurance market is forecasted to grow at 13 percent (compounded annually) up to 2020 to 4.5 trillion yuan.

The rapidly growing insurance market—albeit from a low base—in China is also opening up plenty of opportunities for insurtech (defined as insurance further enhanced through technology in a customer-centric way).

Insurtech is revolutionizing the insurance industry by bringing disruptive products and services to a market that is fast adopting, and increasingly moving toward, an online ecosystem. The market is also seeing a surge in the number of people who are aware of and are starting to understand the benefits of insurance.

The CIRC is supporting these gains by fostering a favorable regulatory environment for insurtech. As a result, the insurtech market is experiencing rapid growth and is expected to rise from 250 yuan in 2015 to more than 1.1 trillion yuan in 2020.

There are broadly three insurtech segments in China (Graphic 1), which are projected to grow at different rates:

Ecosystem-oriented innovation of new insurance products (e.g., shipping return insurance, flight delay insurance). Estimates show that GWP in this segment will grow from 12 billion yuan to 202 billion yuan between 2015 and 2020. The key contributors to this growth being the e-commerce and travel ecosystems because of their large market size and the growing desire among consumers to protect themselves against risks related to these ecosystems. Macro economy. A fall in Chinese GDP growth to 5 percent or lower would have an adverse impact on per capita disposable income, which in turn could negatively affect the demand for non-essentials such as automobiles, wearable devices and connected home devices. As a result, GWP in these sectors would fall.

Regulation. In general, the CIRC has been supportive of innovation, but there are times when it has been too conservative. For instance, the regulator may put a limit on guaranteed return of universal life insurance distributed online. Online universal life was recently stopped by the regulator (which is considered a temporary measure to curb increasing risk). In another case, we observed that the slow adoption of telematics is caused by the tariff set by the regulator even after the recent pricing reform for auto insurance. In another case of regulatory back-and-forth, smog travel insurance, which compensates travelers during bad weather caused by smog, has been stopped by the regulator.

Technology. Future development of technologies such as big data, cloud computing, block chain and artificial intelligence are critical to insurtech. Therefore, technological failures of particular platforms can pose risks for companies, particularly when they are looking to ramp-up operations.

Competition. Traditional insurers and disruptors currently dominate the industry. Traditional insurers may set up joint ventures with tech companies to compete with disruptors, or they might set up subsidiaries to attack this market. New players could also emerge, increasing competition. For example, auto or 3C (computer, communication and consumer electronics) manufacturers could set up insurance companies to insure their own products. Similarly, peer-to-peer insurers may rise to cover online communities and large ecosystems might also self-insure.

Despite these uncertainties and possible risks, there is potential for the insurtech industry in China, with the forecasts clearly suggesting a growing opportunity set for businesses in this space. The question is whether it will meet or exceed expectations.

Tom Friedman Author, Reporter and Columnist for The New York Times
URL: https://www.brinknews.com/insuretech-in-china-revolutionizing-the-insurance-industry/
Get ahead in a rapidly changing world. Sign up for our daily newsletter. Subscribe
​​