Is 5G Bad for Your Health? 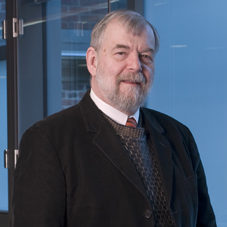 Kenneth R. Foster
Professor of Bioengineering at the University of Pennsylvania 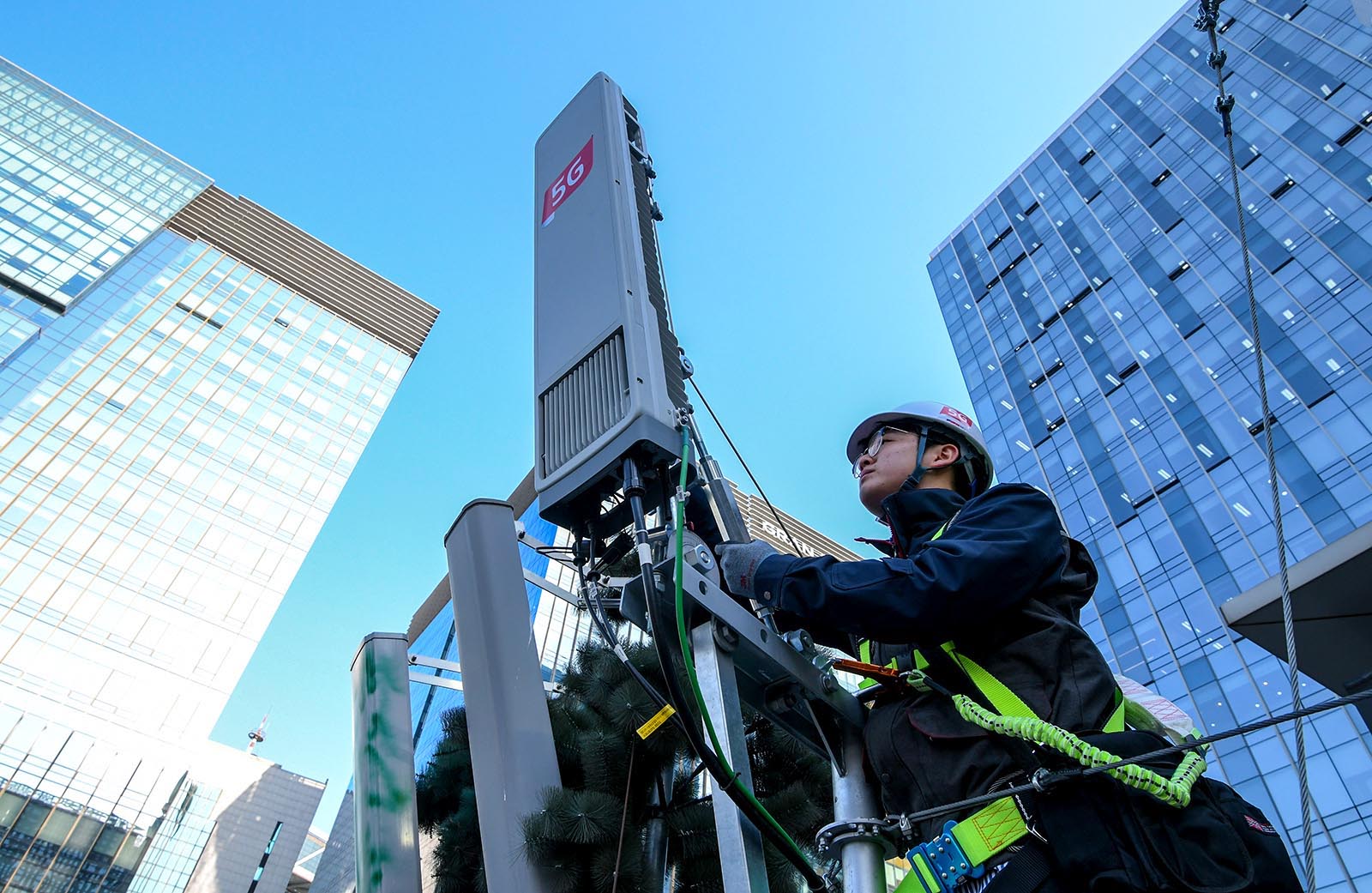 A technician checks an antenna for the 5G mobile network service on the rooftop of a building in Seoul. 5G is designed to permit much faster transmission of data than present day 3G and 4G technologies.

Pushback to technological revolutions sometimes arises in unexpected places. Case in point is the tiny island of Stronsay, off the north coast of Great Britain. Last year, the BBC installed one of the first 5G cellular systems in the U.K., bringing live BBC radio programming for the first time to an area that heretofore had little or no digital radio coverage and slow broadband coverage.

It mounted the antennas above the Stronsay Junior High School, which, in retrospect, may not have been the best choice of location. In the uproar that ensued, one family withdrew its children from the school. A petition, circulated on the internet, so far has garnered over 900 signatories urging the local government to stop “rolling out 5G.”

5G refers to the latest iteration of cellular telephone technology, which is designed to permit much faster transmission of data than present day 3G and 4G technologies. In many respects, 5G builds on present cellular technologies, with many initial installations — as in Stronsay — transmitting on similar frequencies and power levels as those used by present cellular systems.

While there has always been some level of public opposition to cellular telephone systems, 5G has become intensely controversial in many locations, with citizens’ groups and a few scientists expressing concerns about the possible health effects of radiofrequency (RF) energy transmitted by 5G base stations.

Two features of the technology appear to have ignited their concerns.

One is the use of “small cells,” with a multitude of small (half meter or smaller) antennas mounted on utility poles or other low structures, as opposed to meter-long antennas mounted atop buildings, as is the usual practice for existing cellular networks in urban areas. Existing cellular networks are also moving toward installation of many small cells to accommodate ever-increasing data traffic, and this feature is not particular to 5G. However, 5G networks will rely on thousands of small cells scattered around a city. The prospect of large numbers of transmitting antennas on familiar structures such as utility poles is undoubtedly disquieting to many citizens, as is the limited ability of cities to control the installation of such facilities.

A second feature is the planned — or, in some 5G networks, actual — use of RF signals close to or within the millimeter wave band (which extends from 30-300 gigahertz or GHz), compared to present cellular bands that are chiefly between 0.7 and 2.6 GHz. Millimeter waves have been used for many applications, including microwave links between present day cellular base stations, airport security scanners, and anti-collision radar for automobiles, but not heretofore for cellular communications.

More generally, as 5G becomes established, its advocates expect it to be used to connect many wireless-enabled devices on the body, in the home, and elsewhere and, ultimately, to enable cellphone control of automobiles and even surgery without direct human intervention. Apart from RF safety issues, potential implications of such applications need to be carefully examined.

Are Radiofrequency Signals Bad for Your Health?

For many years, there has been some level of public concern about possible harms from exposures to radiofrequency signals at ordinary environmental levels. In a 2017 survey of 2,450 residents of six European countries, Peter Wiedemann, then at the University of Wollongong in Australia, found that 40% of the respondents had some concerns, with 12% describing themselves as “enduringly concerned” — that is, frequently thinking and talking about — electromagnetic field exposure. Their concerns chiefly focused on involuntary exposures to RF signals from environmental sources, including cellular base stations.

An appeal signed by 245 scientists recommended a moratorium on the roll-out of 5G until potential hazards for human health and the environment have been fully investigated.

However, numerous expert reviews under the auspices of health agencies around the world have consistently concluded that there is no clear evidence — despite thousands of studies — that RF exposures below accepted limits carry any health risks. Data on the Stronsay Junior High School website show that RF exposures at the school are far below U.K. limits, which are generally similar to those in the U.S. and in many other countries. The reported levels, in fact, are typical of those present in many ordinary settings and are at the same frequency range as used by present day cellular communications.

There has recently been an upsurge of research using millimeter waves, although none at the precise — and, for the most part, still undetermined — frequencies to be used by 5G systems. Millimeter waves are absorbed within about 0.5 mm of the skin surface.

Their obvious potential hazards — thermal damage to skin or cornea of the eye — were studied by the U.S. Air Force beginning in the mid-1990s (the present author participated in several of these studies). More recently, a group at Kanazawa Medical University in Japan has studied ocular damage by millimeter waves, among other groups. The U.S. Air Force also sponsored one long-term cancer study involving repeated exposures of mice to pulsed millimeter waves at 94 GHz.

Health Authorities Are Not Too Concerned, but Want More Research

For their part, health agencies have not concluded that exposure to RF signals, including millimeter waves, below recommended limits carries health risks, even as they recommend that more research be done. For example, in 2019, the Swedish Radiation Safety Authority concluded that “despite the lack of established mechanism[s] for affecting health with weak radio wave exposure, there is however need for more research covering the novel frequency domains used for 5G.”

Nor has there been a rush to revise exposure limits in the face of 5G.

In August 2019, FCC Chairman Ajit Pai announced that the FCC proposes to maintain its current RF exposure safety standards, adopted in 1996, quoting a statement from the director of the U.S. Food and Drug Administration Center for Devices and Radiological Health that “the available scientific evidence to date does not support adverse health effects in humans due to exposures at or under the current limits.”

In contrast to the assessments of health agencies, a few scientists have warned about possible hazards of 5G. An appeal, signed by 245 scientists as of August 2019, recommended “a moratorium on the roll-out of the fifth generation, 5G, for telecommunication until potential hazards for human health and the environment have been fully investigated.” The appeal mentions many harms that the signatories consider to be caused by exposure to RF fields at typical environmental levels. This controversy has continued for many years and is not specific to 5G.

In a response to the appeal, in late 2017, Vytenis Andriukaitis, head of the Cabinet of Commissioners of the European Union, reiterated reassuring advice of expert reports and indicated that the request to “stop the distribution of 5G products appears too drastic a measure. We first need to see how this new technology will be applied and how the scientific evidence will evolve.”

The EU should support more studies on possible health effects of millimeter waves. Given the many poor-quality studies in the literature, any new research needs to be focused on endpoints with plausible connection to human health and be of very high quality.

For their part, teenagers in Stronsay have become big fans of the music played over their newly accessible programs on BBC.

Professor of Bioengineering at the University of Pennsylvania

Kenneth R. Foster is an emeritus professor of bioengineering at the University of Pennsylvania, who has been involved in studies of health and safety aspects of RF energy for many years. He belongs to the department of the Institution of Electrical and Electronics Engineers (IEEE), that sets exposure limits for RF energy.

Bart Édes Distinguished Fellow at Asia Pacific Foundation of Canada
URL: https://www.brinknews.com/is-5g-bad-for-your-health/
Get ahead in a rapidly changing world. Sign up for our daily newsletter. Subscribe
​​