Is ‘To Divest, or Not to Divest’ the Right Question for Fossil Fuel Investors? 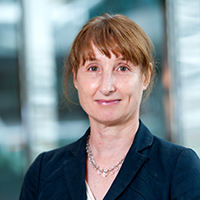 Exhaust plumes from cooling towers at the Jaenschwalde lignite coal-fired power station at Jaenschwalde, Germany. The Jaenschwalde power plant, built by the former East German government in the 1980s, emits 25 million tons of CO2 annually and is among the biggest single producers of CO2 emissions in Europe.

William Shakespeare dealt with the big issues and fundamental questions of his time. If he were writing today, perhaps climate change would figure as a backdrop, with fossil fuel divestment serving as a dramatic theme. Putting a spin on Hamlet’s famous soliloquy, today it might read: “To divest or not to divest, that is not the question.” So what question should investors be asking? How about “what is the right investment strategy for my organization’s stakeholders and how do I know that it is indeed right?”

While indecision, hesitation and delay are attributes associated with Shakespeare’s tragic hero Hamlet, they’re also attributes of some of today’s big institutions, the stewards of trillions of dollars of assets for billions of people. What can large global investors do in respect of the risks posed by climate change? While there is an abundance of quality scientific literature, the investment implications of climate change remain hazy. Investors need sound research to provide evidence and give informed advice attuned to their investment objectives, so they can deliver to their most important stakeholders rather than to those pushing a particular agenda.

A new collaborative study currently underway combines global scientific and economic research with climate scenario modelling, attempting to produce the needed sophisticated investment data that investors can draw on. Mercer is leading the research in partnership with18 institutions collectively responsible for more than US$1.5 trillion assets globally. Additional partners include the World Bank Group’s International Finance Corporation (IFC) and the UK’s Department for International Development (DIFD). The study aims to provide a significant contribution to negotiations in Paris later this year to strike a new global climate agreement.

Financial institutions are coming under increasing pressure to divest their portfolios of investments deemed to significantly contribute to global warming, notably those in fossil fuel and mining industries. The recent Global Divestment Day saw considerable activism, building on Bill McKibben’s 2012 call to arms in Rolling Stone and the U.S. university student-led ‘Go Fossil Free’ campaign McKibben’s article inspired. We’ve heard calls for a ‘Fossil Free Canada’ and seen the rise of groups such as the Asset Owners Disclosure Project and Super Switch.

The momentum for action is growing stronger and more vocal, raising the heat in boardrooms from Boston to Canberra, with diverse views expressed. Harvard faculty said while the endowment considered the “serious risks” associated with the investment implications of climate change, it was not their role to be “an instrument to impel social or political change.” Yale’s CIO appears supportive of divestment, while the governing board and policy-making body votes against divestment of the university’s US$21 billion endowment.

Financial institutions are under increasing pressure to divest of investments contributing to global warming.

The October 2014 decision by Australian National University to sell stakes in seven Australian companies worth approximately AU$16 million drew both condemnation and support in Australia, a country heavily reliant on fossil fuels. Most recently, the University of Sydney announced it will reduce the carbon intensity of its listed equity investments by 20% over three years.

Reputational risk is clearly at stake, but there are other uncertainties associated with navigating a portfolio as investors consider divestment. Where does an investor draw the line, given that many non-fossil fuel companies are arguably also contributing to global warming? Does divesting out of fossil fuel stocks extend to investments in big users of fossil fuels such as steel manufacturers or car companies? Where should divested capital be reallocated?

What’s An Investor To Do?

Fossil fuel divestment campaigns share some common assumptions. For example, some assume that investors will be protected from stranded assets or plummeting stock values of companies no longer able to exploit fossil fuel reserves when they become too expensive to extract. There’s also the assumption that fossil fuel stocks can simply be swapped for ‘green’ energy stocks. Such assumptions, however, “are shown to be unfounded, or effects shown to be small” given current policy restraints that would effectively sequester financial resources in a relatively immature sector.

These researchers say that investors seeking to go beyond “symbolic achievement” need to begin an open conversation on the issue and review their sustainability goals to harmonize them with their investment objectives.

Divestment is one possible response, but it is a blunt instrument that generally fails to pierce the core issue. In respect of fossil fuels, divestment is potentially a difficult strategy to implement. More precise instruments include portfolio tilting, engagement with management, or proactive investing in solutions to climate change threats.

Divestment may be impractical, expensive and risky. However, depending on the situation, it may be the right choice for some investors to align their investment beliefs with stakeholder values provided they remain cognizant that:

“To divest or not to divest” demands investors weigh all the pros and cons to answer the question. Follow the divestment path if you are convinced that it’s in the best interests of principal stakeholders, and you can clearly articulate your reasoning.

Based in Melbourne, Australia, Helga leads the global Responsible Investment team within the Mercer Investments business.

Alan Jenn Assistant Professional Researcher at The Institute of Transportation Studies at the University of California, Davis
URL: https://www.brinknews.com/is-to-divest-or-not-to-divest-the-right-question-for-fossil-fuel-investors/
Get ahead in a rapidly changing world. Sign up for our daily newsletter. Subscribe
​​