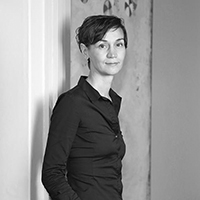 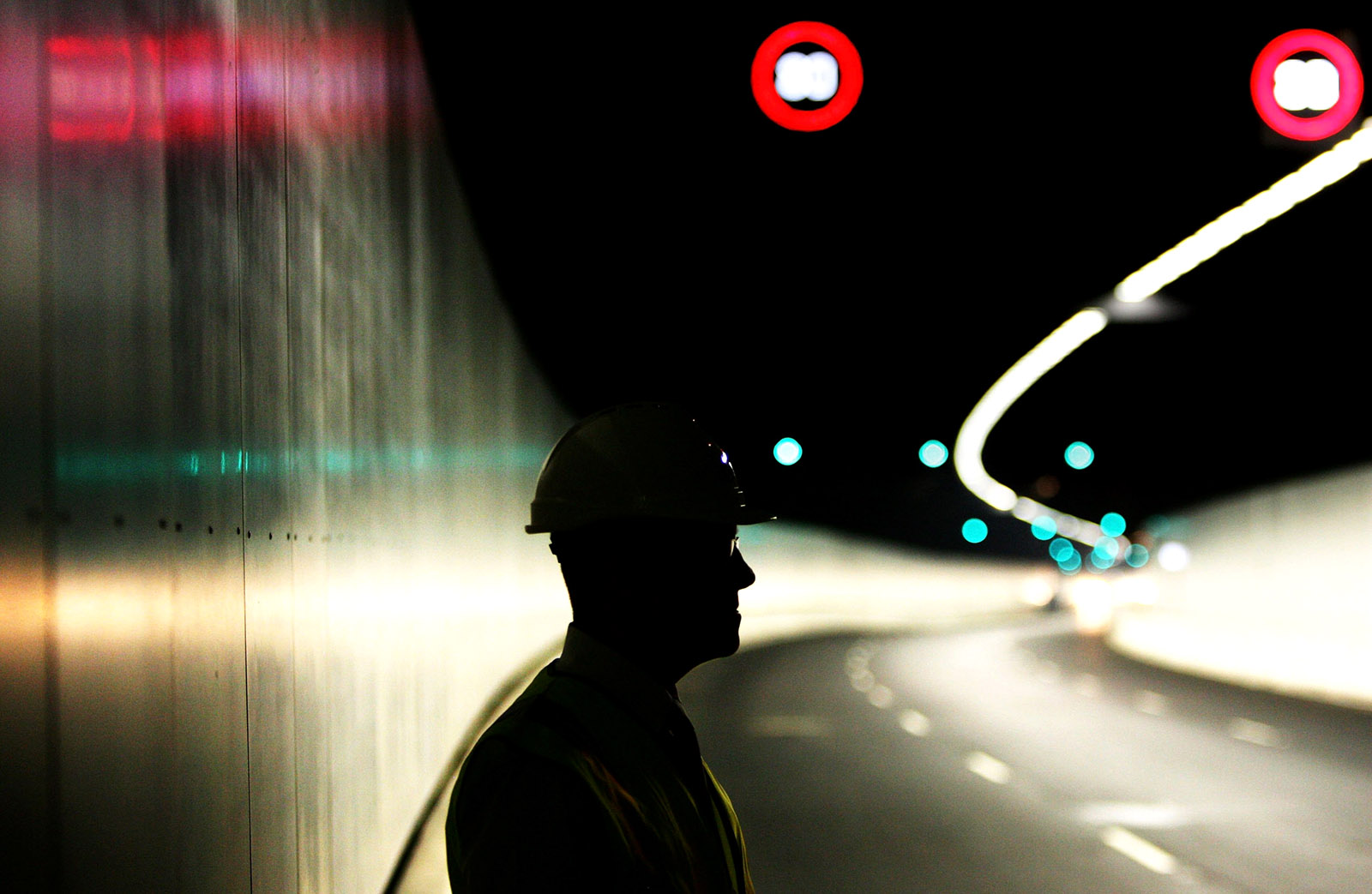 Over the past two decades, Australia’s infrastructure story has been one of varying successes. Prior to the financial crisis, Australia enjoyed a decade of promising infrastructure projects. Privatizations of the country’s four major airports (Melbourne, Perth, Brisbane and Sydney), along with greenfield projects—including extensive highway construction—proved to be infrastructure successes.

Yet, a decade later Australia is home to one of the developed world’s outliers for GDP growth. For instance, over the past two years, the state of New South Wales has recorded economic growth of 3.5 percent—surpassing both the country’s average growth rate (2.8 percent) and the G20’s (3 percent). NSW’s outperformance can be largely attributed to its redefined infrastructure strategy, Infrastructure NSW. Introduced in 2011, the strategy has led to new institutions and encouraged the use of alternative financing tools that are easing private investment.

By learning from NSW’s experiences, other economies may discover ways to finance their much-needed infrastructure upgrades.

Learning From the Past

NSW’s present successes did not come without a period of self-reflection. After numerous successful transportation projects in the early 2000s—including road projects in Sydney (NSW), Brisbane (Queensland), and Melbourne (Victoria)—several new opportunities came to the fore.

These new projects, however, were constructed without a track record of traffic data available. And, misdirected by overambitious revenue forecasts, the misallocation of construction and traffic risks to the private sector participants pushed several projects to insolvency. Just prior to the financial crisis, traffic volume forecasts for toll roads globally were often overstated. For instance, traffic forecasts for the Lane Cove Tunnel—the 3.6 km twin-tunnel toll road in Sydney—were 37 percent higher than actual traffic levels during its first year of operation.

Perpetuating the issue was the Australian procurement mechanism for infrastructure projects. At a time when competition among bidding teams was fierce, the procurement mechanism awarded projects to the counterparty that would pay the most to the government, which incentivized bidding teams to overzealously forecast their potential revenues. As traffic forecasts became aggressive, so too did the financing structures used by public-private partnership projects—which did not sufficiently transfer risk from the public sector.

The 30-year Reliance Rail Rolling Stock PPP, the largest single order for new passenger trains in Australia’s history, is a case in point. Hit by construction woes, the Reliance Rail project’s creditors scheduled a drawdown of funds to help fund the project. But the terms of the deal stipulated that the creditors were not obliged to this commitment, should the bond’s insurer lose its AAA rating. As such, following a downgrade to the monoline insurer’s rating, in 2002, the NSW government was forced to act as the guarantor to prevent the A$2 billion project from defaulting. And this only exerted pressure on the state’s credit rating as a result.

Finally, many projects also carried significant construction risks. During the Lane Cove Tunnel’s construction, for instance, a partial collapse of a ventilation tunnel created a 100m2 crater that also damaged a three-story building nearby. Before the project went into receivership in 2010, the project’s concessionaire, Connector Motorways, was originally contracted to operate the tunnel until 2037.

In 2011, the NSW government created Infrastructure NSW, an institution tasked with addressing the state’s infrastructure needs for the next two decades. That year, the state government also announced a A$20 billion increase in infrastructure spending in order to increase the state’s gross domestic product by almost A$300 billion over the initiative’s duration. Importantly, to best prevent misallocation of resources, all investment decisions are subject to stringent business case approval. Through this mechanism, each project’s economic viability and its implications for both the state’s budget and its AAA credit rating are taken into account.

In turn, NSW has overcome many of the legacy issues that were negatively affecting its infrastructure development. In the past five years, the state has employed four financing tools, which have helped to calm investors’ concerns around project stability. These are:

Partial privatization. To reintroduce long-term investors to the market, the state government divested holdings in state-owned businesses but retained an interest by continuing as the lessor. In May 2017, for instance, the state sold a 50.4 percent stake in Endeavour Energy (an electricity provider to 2.5 million people). The sale raised A$7.62 billion—freeing up capital for further infrastructure spending—while the NSW government still retains ongoing influence as the joint investor, lessor, licensor and regulator.

Asset recycling. By using the proceeds of privatization transactions, the NSW government has addressed project pipeline bottlenecks by recycling capital for new projects. Through asset recycling, the NSW government allocated $1.8 billion to the $12 billion WestConnex toll road project, which will connect two of Sydney’s busiest highways. One advantage is the flexibility it offers for future projects. For instance, due to budget pressures, the government recently announced it would sell a majority stake in the project. While the government had anticipated retaining its stake until 2025 as a means of maximizing its returns, the project is already displaying a stable cash flow profile. As such, the government has, in effect, sold its stake in the project’s initial phase to help fund the construction’s final phase.

Unsolicited proposal process. Although a rarely used tool, this is designed to encourage non-government participants to propose innovative infrastructure plans or service delivery improvements. Projects using this tool typically have relatively low bid costs and engage the non-government partner from the planning stages as a means of reducing the impact of risk transfer from government to private sector. In 2012, Australia-based toll road operator Transurban proposed to design, build, operate, maintain and finance the eight-kilometer F3-M2 motorway tunnel link. This, however, remains the only project to use an unsolicited proposal process in NSW to date—raising concerns that only entrenched market participants are positioned to take advantage.

Bundling. This model involves the combining of similar, smaller assets into a single portfolio—allowing projects to meet scale and diversification requirements. By aggregating a group of assets for prospective stakeholders, projects can attract a wider pool of both contractors and investors—enabling municipalities to unlock new sources of long-term financing from capital markets.

Lessons for Other Economies

Of course, such financing models are not without their complications: asset recycling, bundling or unsolicited proposals can complicate the credit analysis of a transaction. That said, we’ve also observed that—when executed well—their use can open up new sources of capital for infrastructure, accelerate the pipeline of major projects, and allow decentralized or smaller infrastructure assets to be monetized.

As such, NSW’s infrastructure story can provide lessons to other markets: alternative financing models are available and can help to bring market confidence to institutional investors, who will be encouraged to see a strong project pipeline across the sector.

What’s more, NSW’s turnaround demonstrates how crucial infrastructure spending is to economic output. With its economy outpacing most countries in the developed world, NSW’s adoption of new financing models and the creation of a more stable framework for investment decisions are among the many replicable examples of best practices. With this in mind, it’s time for the rest to take note: Australia’s serial rise in infrastructure spending is working.

Mar Beltran is a senior director in the Infrastructure practice, part of the S&P Global Ratings’ Corporate and Government Ratings group. She is a sector lead for the EMEA region and is based in Madrid.

Xianbin Yao Professorial Lecturer of International Studies at De LaSalle University Manila
URL: https://www.brinknews.com/lessons-from-new-south-wales-infrastructure-turnaround/
Get ahead in a rapidly changing world. Sign up for our daily newsletter. Subscribe
​​