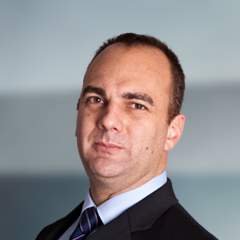 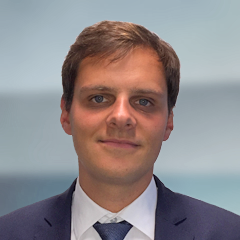 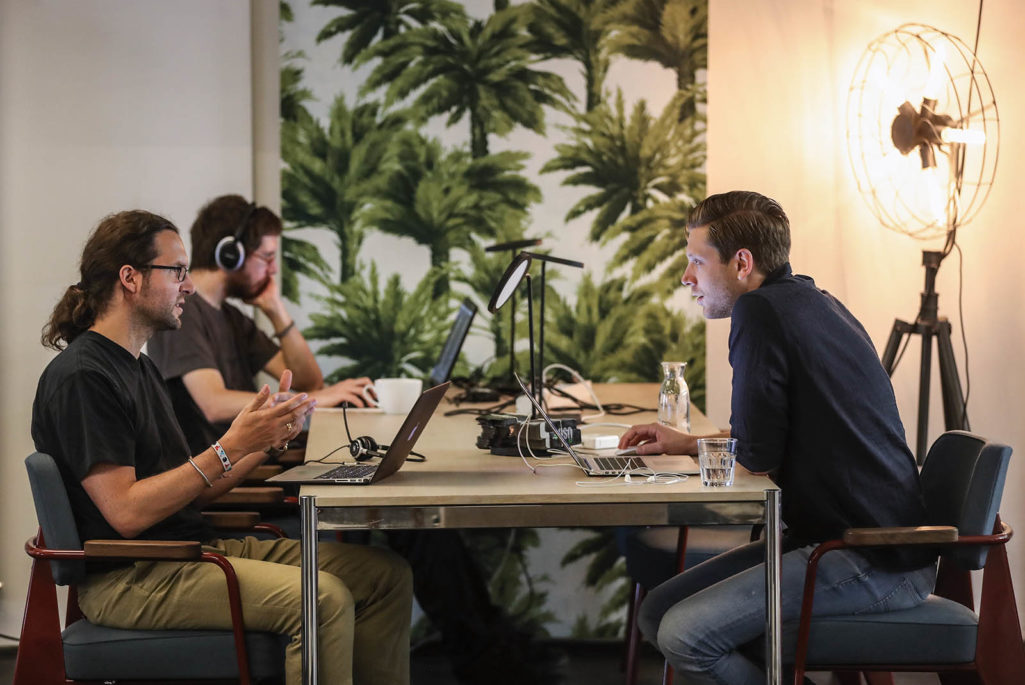 People work at computers in the community space of Factory Berlin in Berlin, Germany. Factory Berlin is a commercial space that has sought to attract tech companies and startups and so far has rented out office space to international brands including Uber and Pinterest as well as local startup SoundCloud. It also maintains the community space, which brings together international software and app developers in a work environment meant to foster common creativity.

Industrial companies are increasingly collaborating with innovative startups as they seek ways to introduce more digital tools into their organizations.

A recent Oliver Wyman analysis identified 70 digital startups in France and Germany that have developed partnerships or commercial relationships with large manufacturing companies. The sectors include aerospace and automotive, and the startups are focusing on areas where these manufacturers either have been absent or need support to implement digital solutions to improve productivity. The collaborations range from digital production optimization to connected wearable devices.

The new relationships highlight manufacturers’ increasing awareness of both the importance of undergoing a digital transformation and the risk of being left behind. In a separate Oliver Wyman survey of more than 400 manufacturing and supply-chain executives, the most-cited obstacles to a digital transformation were cultural barriers, including lack of awareness in organizations of the potential of digital methods, and mistrust of digital tools, such as autonomous decision-making.

Another problem was the difficulty of forecasting return on investment: there are few existing cases to base calculations on, and results are expected only in the medium term or later. The partnerships aiming to overcome these challenges include a leading aircraft manufacturer working with startups to develop collaborative robots that can assist technicians. Another startup will integrate software into the product life cycle management system of a large engineering company. An electronic startup has developed smart glasses for a multinational engineering company, so that its workers can receive alerts in real time and then control the various devices and machines being built along its supply chain. In total, two-thirds of the respondents to the survey said they have developed partnerships with third parties.

The contributions of the startups occur in the factory, tech devices, and information systems, and can be broadly divided into five groups. In the factory, production and warehousing processes will be optimized; and automation will play a greater role—featuring both collaborative and other robots. New information technology applications will augment reality through computer-aided design, simulation, 3-D printing, and virtual reality; and a growing array of smart devices, tags, and wearables will be connected to networks—as will ubiquitous sensors and microchips. This will all be centered on big data and cloud-based platforms, which will provide data analytics and cybersecurity.

In addition to the immediate technology gains, manufacturers are looking for insight into the kind of digital innovations that can disrupt entire industries. They hope collaboration will help inject their organizations with an entrepreneurial mindset, so that employees are digitally fluent and can pivot swiftly. This could contribute to an innovative company brand that attracts customers, business partners, and talent.

Startups, for their part, will gain enhanced visibility and status in the corporate world. They might also obtain access to their large partners’ distribution networks and customer bases.

The forms of collaboration range from one-off events, such as hackathons, to resource sharing and support through business incubators and accelerators, to longer-term arrangements such as partnerships, investments, and acquisitions. Often, the relationship starts when a manufacturer scouts emerging ideas, technologies, and market segments that could augment its business. It then establishes connections in the digital community to get direct access to entrepreneurs, inventors, and innovators.

As a next step, a large company could provide financial and material support—workspace, for example—as well as advice during early-stage business development. Then it could invest or form commercial partnerships to keep exclusive access to the new innovations in their industry.

The most advanced industrial companies have developed programs with startups to challenge the status quo, experiment outside their core business, and become more innovative (see Exhibit 1). Soon this may be the new normal for manufacturers.

Eric Ciampi is a partner in Manufacturing for Oliver Wyman.

Associate in the Global Transportation Practice at Oliver Wyman

Philip Moine is an associate in the Global Transportation Practice at Oliver Wyman.

Carolina Klint Risk Management Leader, Continental Europe at Marsh
URL: https://www.brinknews.com/manufacturing-thrives-on-startup-tech-entrepreneurial-spirit/
Get ahead in a rapidly changing world. Sign up for our daily newsletter. Subscribe
​​