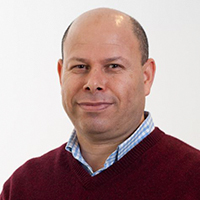 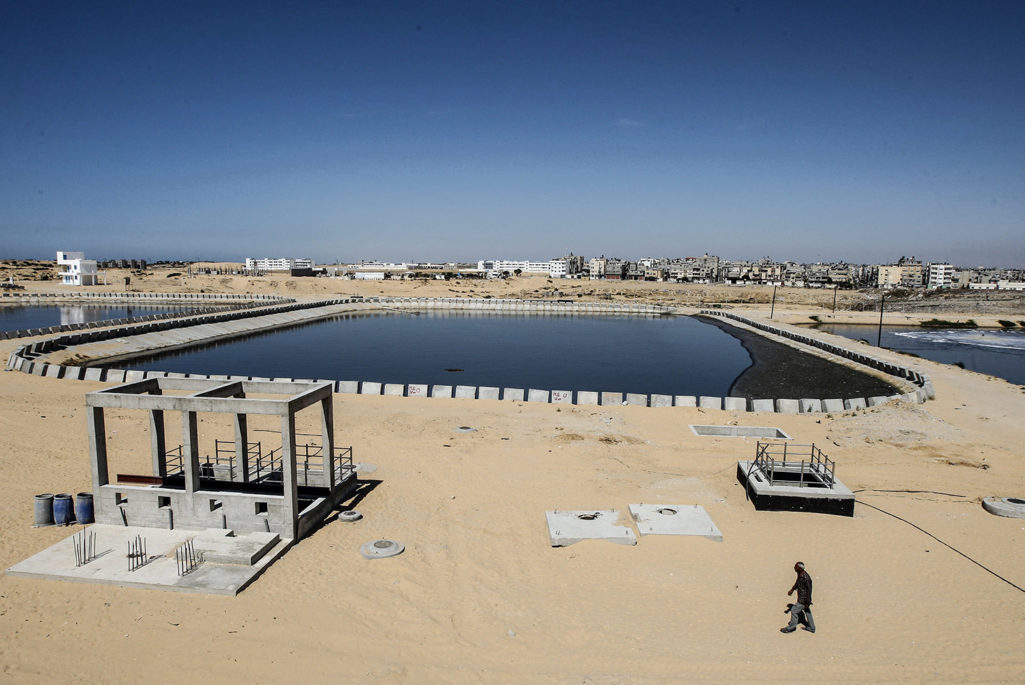 A water treatment plant in the town of Rafah, in the southern Gaza Strip. Wastewater reuse holds the promise of helping ease the dire water scarcity problem in the Middle East.

Rich, poor, developing and developed countries are facing water shortages on different scales due to natural and man-made influences. In the Middle East, water scarcity is acute, particularly in the vital economic sectors of industry and agriculture.

Wastewater reuse can be a critical component of the water cycle. Ignoring the potential of this technology will create a conspicuous gap in long-range risk mitigation strategies that needs to be closed to achieve any hope of sustainable development and environmental protection.

Official population figures confirm rapid growth in several Middle East countries. For example, the population of Palestine has approximately doubled in the past 20 years. For other countries such as Qatar and the UAE, the figures show an increase in population of up to four to five times. Natural water resources of the Middle East have been exposed to tremendous abstraction and exploitation due to escalating needs and elevated life standards. No significant discoveries of existing natural water resources have occurred, excluding the desalinating technologies in richer countries, mainly of the Gulf Cooperation Council (GCC). Other countries have no access to these technologies, nor can they afford the associated high costs.

Modernization in several countries is not reflected in the water production and wastewater treatment. The number and productivity of desalination plants in the GCC region has doubled in a decade. Yet, most of these countries face a water deficit in terms of storage and for emergency needs.

Desalinated water is expensive, not only on the production side (fossil fuel, operation and maintenance, etc.), but the costs also extend to environmental impacts, which are difficult to quantify. The diversity of Middle East countries is revealed in how they address the wastewater treatment situation. Some countries have deployed the highest technologies (membrane technology and quaternary level), while in others, raw wastewater is running in residential areas or is disposed of in the open or into surface water bodies.

Although most Middle East countries are water-poor, the legal framework and strategic surrounding water governance and planning are almost absent.

Some countries put wastewater in the hands of environmental ministries, authorities or even municipalities; others put it in the hands of water ministries (if present) or other water-related authorities. To the best of our knowledge, no Middle East country possesses a well-established water strategy regarding treated wastewater and reuse. Consequently, action plans are almost nonexistent or very limited, and their influence on the environment is not seen. Only two countries—Qatar and the UAE—have released and identified the national components of water security where water reuse is a vital policy area.

Although most Middle East countries are water-poor, there’s almost a total lack of water governance and planning.

For example, Qatar Environment and Energy Research Institute (QEERI) is currently working to characterize Qatar’s water resources (groundwater, drinking water, wastewater, etc.) to better understand the existing conditions; to identify sources, fate and transport of chemicals of interest and to assess environmental and health impacts. Understanding the current quality of Qatar’s water resources is the first step toward determining treatment/remediation methods and technologies that can lead to potential reuse projects and applications. Also, in Qatar last year, The Strategic Steering Committee for Energy and Water Security Research & Development (STEWARD) was established by Her Highness, the Chairperson of the Qatar Foundation. STEWARD is chaired by the Minister of Energy and Industry to provide Grand Challenge research and development programs with insights on strategic directions of Qatar, leading to a more unified energy/water strategy for the country.

It is also important to consider wastewater reuse as a social project and not just from an engineering perspective. The limiting factor of water reuse in most of the Middle East is related to public perception: How do members of the public see treated wastewater? They need scientific guarantees and real examples to demonstrate the advantages of reuse and to assure that there are no harmful or negative impacts on their lives and future generations. Wastewater reuse options should be presented to students at all levels of school, addressing not only theory, but also practical examples in the field. Awareness campaigns should also be regular programs in the media and spread through social networks.

Investment on wastewater treatment should be associated with the potential use of the treated effluent. The reuse agenda should respond to the national needs: industrial applications, where several industries need different qualities of water; landscaping, where climatological and soil conditions are supporting factors; and non-edible crops, where this option is needed for combating desertification, to minimize soil erosion and to create natural reserves.

Wastewater production is proportional to the water consumption and treatment infrastructure. Rural areas produce greywater, where it could be used in irrigation and food production, as is the case in Tunisia, Morocco and Palestine. Average figures for the GCC countries show that 60 percent of the total desalinated water finds its way to the wastewater treatment plants. A clear example is that of Qatar, where, in 2015, a river of 650,000 m3/day of highly treated wastewater was produced, and where water consumption average is more than 500 liters per capita, per day.

Contaminants of raw wastewater are always challenging to remove. Lifestyle, migration and population turnover have created new generations of contaminants. These emerging contaminants include ultra-trace organic and inorganic components. Wastewater treatment technologies should be able to deal with the increasing pollution loads of endocrine-disrupting compounds, which include pharmaceutical drugs, pesticides and their derivatives, personal care products, synthetic hormones, industrial chemicals, toxic metalloids and heavy metals. Such treatment technologies are expensive, and further post-treatment could be needed for more quality control and quality assurance. Additionally, nano-scale contaminants and electronic wastes add to the complexity of the problem, leading to unresolved questions about treatment, toxicity and dynamics, especially in harsh, arid environments. The key challenge, in this respect, is the availability of qualified laboratories in the region, which should be equipped with competent staff able to use highly sensitive and selective instruments.

Risks associated with wastewater reuse are not limited to overloaded treatment technologies, but rather are limited to the short- and long-term impacts of the cocktail of contaminants on all environmental components (air, soil, groundwater, etc.) and human health. The impact may take generations to appear, and such long-term monitoring strategies in the Middle East are almost nonexistent. In the few cases where monitoring strategies are present, revised strategies (annual or biannual) for monitoring are absent.

Wastewater reuse could play a significant role in water security when all items are integrated in harmony. These items consist of water collection, treatment, disposal and impacts. They merge the efforts of all players, from the personal level to communities and from governmental to the private sector. The meaning of wastewater reuse should be well-expressed and shown in big projects and national pilot plants.

Different types of wastewater are associated with oil and gas production, called produced (or coproduced) waters that result in huge amounts of highly contaminated and salty water. Small calculations for oil and gas production show an average of three to five barrels of produced water associated with each single barrel of oil or gas production. This number is the result of several factors, such as the age of the well, the depth and the technology used, among others.

Produced water reuse can be quite complicated due to the diversity of production technologies, additives and chemicals, as well as the physical conditions of the abstraction (offshore and onshore). Several treatment technologies are needed to transform this water into usable forms.

Dr. Basem Shomar is a Principal Investigator and Environmental Chemist working at Qatar Environment and Energy Research Institute, Qatar Foundation. His scientific research focuses on strategies that meld field and laboratory methods with new theory and evaluative techniques to create solutions to complex environmental challenges associated with desalination programs in Qatar. The major research activities of his work include water quality and reuse, desalination chemistry from basic to applied sciences.

Margaret Kuhlow Finance Practice Lead at World Wildlife Fund
URL: https://www.brinknews.com/middle-east-wastewater-reuse-targets-water-scarcity/
Get ahead in a rapidly changing world. Sign up for our daily newsletter. Subscribe
​​