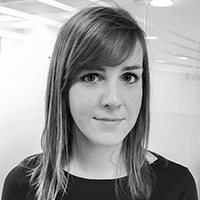 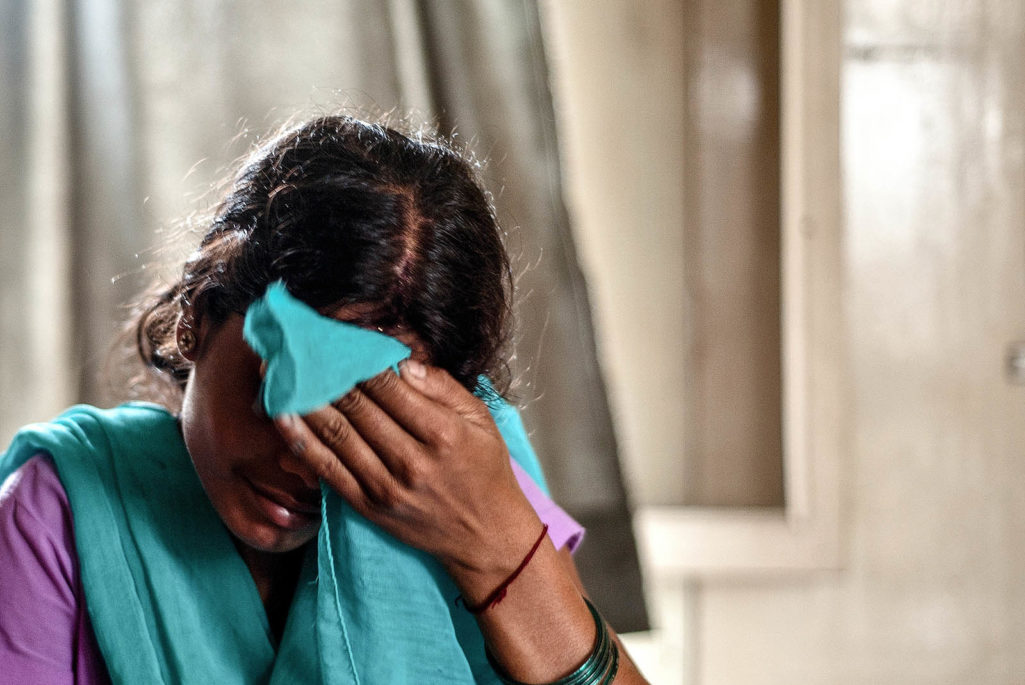 In this photograph taken on September 16, 2013, an alleged Indian human-trafficking victim sits at a police station after being rescued from a village in Karnal. In India, mostly women are trafficked or tricked into different forms of slavery ranging from domestic service to prostitution. Desperately poor parents also sell their children who are then forced into begging rackets and manual labour, according to other experts.

The trafficking of human beings has for many years been viewed mainly through the prism of sexual exploitation of women, but global attention is now also being paid to the pervasive, though lesser understood, crime of trafficking for labor exploitation.

With illicit profits of forced labor estimated at $150 billion per year, one thing is clear about the murky world of human exploitation: It is big business, and legitimate business is implicated.

Human trafficking has been known to occur everywhere from car washes and nail bars to chicken farms and vegetable fields, where those targeted (often migrants) are offered employment, which in reality entails little to no pay, debt bondage and degrading labor conditions, mostly facilitated by rogue gangs or unscrupulous labor providers.

Multinational corporations should assume that they are all touched in some way by this endemic form of modern slavery. An estimated 14.2 million people are thought to be working under conditions of forced labor within the private economy—primarily in agriculture, construction, domestic work, manufacturing, mining and utilities. Such illicit labor is found among increasingly complex and multi-tiered globalized supply chains that span multiple countries and are now potential sites of risk, linking companies to these violations. Frequent exposés in the media are highlighting these links to the public.

Slave labor and the Fishing Industry

One such recent exposure of endemic human trafficking was of that within the Thai fishing industry—the presence of slavery being considered an integral part of Thailand’s export-oriented sector. In 2014, The Guardian reported the story of a 29-year-old Burmese fisherman who was deceived into paying a middleman to smuggle him into Thailand, only to find he had been sold and enslaved to a boat captain and forced to work 20-hour days, enduring frequent beatings and eating just one plate of rice a day. The abuse is rife: Those too ill to work are sometimes thrown overboard, and many of the ships stay out at sea for years at a time and trade slaves from one ship to another. The supply chain linked these slaves to many international supermarket chains, including those in the U.S. and UK. Public indignation and even lawsuits followed.

Stories like this abound within all industries, and risk factors for modern slavery exist within the fragmented global supply chains of companies across all sectors, from cotton picking in Uzbekistan to gold mining in Peru. The problem is likely to be most prevalent when sourcing or other processes occur in countries with inadequate labor standards or weak enforcement, high-risk industries that involve raw materials and employ hazardous or arduous methods and industries that rely on a low-skilled migrant workforce with fluctuating seasonal work.

The more complex the supply chain, the greater the numbers of suppliers and subcontracts, some of which can be unscrupulous or have little choice but to use workers to produce goods in exploitative conditions due to downward pricing pressure, high volume demands and unrealistic deadlines.

Multinational corporations should assume that they are touched in some way by a more endemic form of modern slavery.

Responsibilities to engage with such issues were, up until recent years, not considered to be of immediate concern to the corporate world. But government, civil society and the private sector are waking up to the fact that companies need to play a part in addressing modern slavery. This has become manifest in legislation such as the California Transparency in Supply Chains Act in the U.S. and the Modern Slavery Act in the UK. Some forward-thinking companies that recognize the possible financial, legal and reputational implications of supply chain slavery, which are set to increase in the future, are beginning to take action, from openly stating their risk to seeking collaboration with stakeholders who can help them address it. But these measures are led by few and are in their infancy.

Companies need to dedicate resources to creating visibility within their supply chains, pinpointing where their products and services come from and mapping the known risk of modern slavery throughout. For this, they can collaborate with the many NGOs and organizations that support companies with their own knowledge and expertise in the subject.

Transparency both to stakeholders and within their own company is also vital, and in recent months, large corporations have made efforts to do this. Nestle, for example, conducted a year-long investigation into its Thai fish supply after which it announced that forced labor had been found in the chain. This sets a good example and needs to become as widespread as the issue.

An individual company can help manage its own risk in various ways: improve its policies to put a serious focus on human trafficking, build strong supplier relationships and adopt comprehensive reporting frameworks such as the UN Guiding Principles Reporting Framework to ensure a full dive into issues in a comprehensive way.

Companies should actively work with suppliers and partners to raise standards of compliance and, most importantly, collaborate—with NGOs on the ground, with communities in which they operate, even with their counterparts in industry. Really forward-thinking companies would align key performance indicators so that procurement practices are not inadvertently causing exploitation and make tackling modern slavery a priority at board level. Using leverage to put pressure on governments to respect labor laws and enforce standards as well as supporting workers’ rights to organize are also crucial.

Modern slavery cannot be remedied overnight. A complex web of fundamental problems contribute to the reasons why people are brought into exploitative conditions: poverty, lack of labor laws and enforcement by governments, lack of worker rights, gender inequality and discrimination, and of course, the structure of an economy, which can be an open door to exploitation.

Companies cannot solve all of these entrenched issues, but while they are seeing profits from goods which rely on commodities produced by people under conditions of slavery, there is an obligation to address the issue to the best of their capacity. Serious changes from within can help create a future in which the shiny products on our shelves are no longer tainted by exploitation.

Research Analyst for Finance Against Trafficking

Anne-Marie Barry is research analyst for Finance Against Trafficking and lead author of Forced Labour, Human Trafficking and the FTSE100. Her focus is on engaging the private sector in issues of modern slavery and she is now working on a project exploring how financial institutions in the UK can better detect and disrupt human trafficking networks.

Carolina Klint Risk Management Leader, Continental Europe at Marsh
URL: https://www.brinknews.com/modern-slavery-and-global-supply-chains-links-exposed/
Get ahead in a rapidly changing world. Sign up for our daily newsletter. Subscribe
​​