On the Cutting Edge of Drone Research 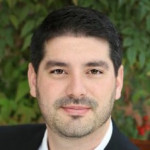 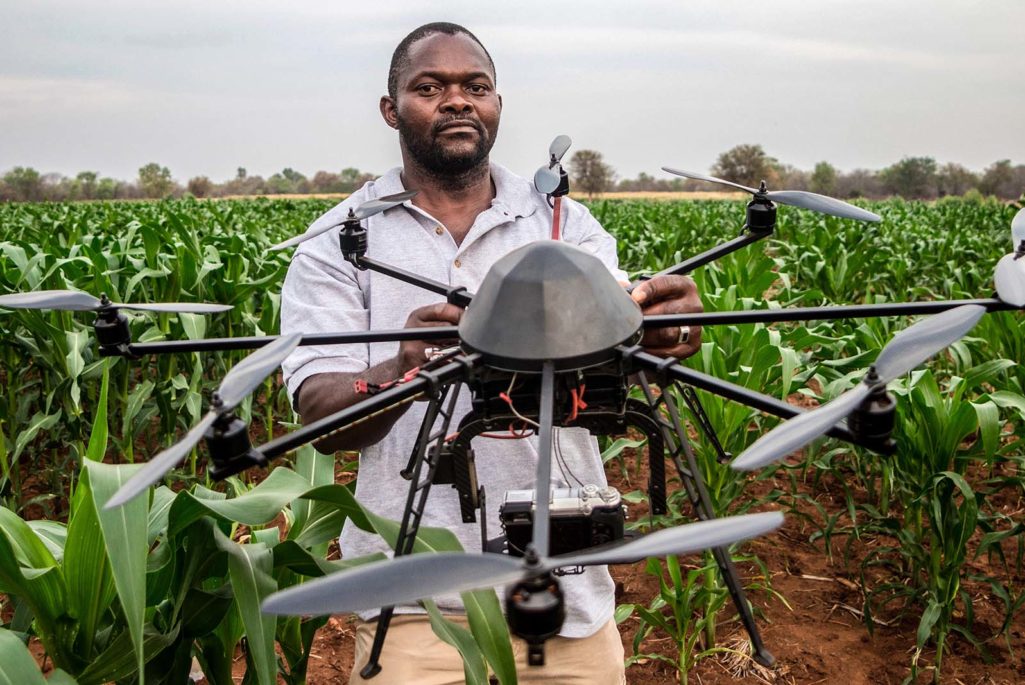 A technician holds a drone used to scout a plot of a heat-tolerant hybrid maize growing at the Chiredzi Research Station in Zimbabwe.

The once-small community of drone hobbyists has transformed into a worldwide phenomenon. In 2016 especially, significant technology improvements and regulatory clarity have paved the way for even more dramatic changes in the coming years.

Among the biggest adopters of drones, and experimenters with them, have been universities. As the director of the University of California system’s Center of Excellence on Unmanned Aircraft System Safety—effectively the drone headquarters of our whole 10-campus system—I have an excellent view of the drone industry’s past, present and future.

The truly surprising details are about how wide and diverse a range of purposes drones are serving on our campuses—and what’s coming next. As we begin exploring what drones can do, and identifying what social and commercial uses they might serve, my work provides a glimpse into the future of drone flight across the country and throughout our economy.

Drones have only recently reached the commercial mainstream. However, university engineering departments have been designing and building them for decades. For years, engineering students, for instance, have studied the advanced control algorithms that keep drones flying level and straight. Their work has helped bring us to the point where drones are available for sale in toy stores.

It is no surprise that our engineers are still working on drones and related technology such as sensors, automation and innovative platforms. Some introductory engineering classes involve students building and flying drones; more advanced students learn about flight dynamics and algorithms that help drones stay aloft.

In recent years, though, our engineering departments are focusing less on building the aircraft and more on improving safety, navigation and ability to carry equipment that allows drones to help with different tasks.

For example, researchers are developing navigation systems that don’t rely on GPS satellites. This could allow drones to navigate autonomously inside buildings, in deep canyons, underground or other places where GPS signals are unavailable or unreliable. Whether delivering packages to remote locations or handling emergency tasks in hazardous conditions, this type of capability could significantly expand drones’ usefulness.

Another research group is working on ways for drones to help detect gas leaks from oil pipelines. With millions of miles of pipelines across the country, that is a monumental task. Attaching methane-sniffing sensors to drones could make it much easier: Autonomous drones could fly the routes of every pipeline nearly constantly, registering the location and volume of leaks, and alerting repair and cleanup crews.

Growth in Agriculture and Environmental Work

Our largest use of drones has been out in the fields. Two-thirds of the UC system’s drone flights, which account for thousands of flights and hundreds of flight hours, have been for agricultural and environmental research. This suggests that those areas could provide breakout opportunities for drone uses.

Drones have made it easy to collect data that were extremely difficult, or even impossible, to collect before.

Scholars have found many ways drones could replace existing piloted aircraft, like with a pesticide-spraying helicopter that would reduce time and costs and provide safer operations. But the biggest factor has been how easy drones make it to collect data that were extremely difficult, or even impossible, to collect before.

For example, drones with special thermal cameras are allowing researchers to investigate water consumption rates of several varieties of crops in the Sacramento-San Joaquin Delta. The drones’ data collection is so detailed that the scholars can count individual melons, allowing much better estimates of crop yield. When farmers know precisely how big the harvest will be, they can better estimate how much money they’ll make—and can make better budget decisions with the information.

Drones are also proving themselves useful in high-resolution aerial coastal survey mapping. In the past, researchers walked along the coast and took pictures to survey areas. This was difficult to do without disturbing wildlife. In addition, surveyors would take pictures from small planes to model and predict coastal erosion and flooding. With drones, they’re able to collect data more frequently, with greater detail, and do a better job mapping and analyzing environmental data. This improves our understanding of coastal ecology, and prepares local residents and communities for possible disasters because the drones are able to get closer to certain environments that provide scientists with information.

For instance, when monitoring giant sequoias, a team of five to seven people would have to map the area, which would take about a week. A drone flight has been able to replace that work with a two-minute flight. This makes it easier to track how the trees are growing and responding to changes in their environment.

Beyond the Academic Realm

To meet the demand from people with no experience in drone technology, we have developed special workshops for students, staff, faculty and UC research partners to learn about drone technology, regulations and flight instruction.

Campus film and media departments regularly use drones to make sweeping images of our scenic campus locations for promotional videos and reports. Beyond that, though, university facilities workers have been using drones to monitor construction sites, inspect building areas that are hard to access (like roofs) and keep an eye on the university’s sizable landholdings. All of these uses can significantly improve worker safety, productivity and cost savings.

Students are also using drones recreationally, which has raised safety and privacy concerns on our campuses, just as it has off campus. With plenty of green spaces, many students want to fly their drones and other model aircraft on campus, even near dorms or other housing. We’ve addressed this need with respectful solutions like helping students form clubs and organizing flying events, either on campus fields reserved for the day, or at off-campus parks. We are also seeing what may be the beginnings of a collegiate Drone Racing League.

This sort of just-for-fun experimentation can make it challenging to regulate drone flights based on what the drone is doing. But universities are often test locations for new technologies. Our work—both formal and recreational—encourages creativity and can foster an entrepreneurial spirit. We can expect that at least some of these early uses for drones will eventually spill into the commercial and consumer markets.

Tom Friedman Author, Reporter and Columnist for The New York Times
URL: https://www.brinknews.com/on-the-cutting-edge-of-drone-research/
Get ahead in a rapidly changing world. Sign up for our daily newsletter. Subscribe
​​