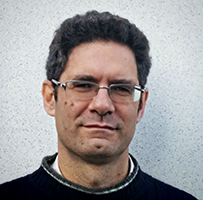 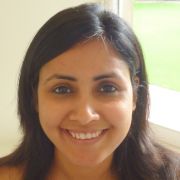 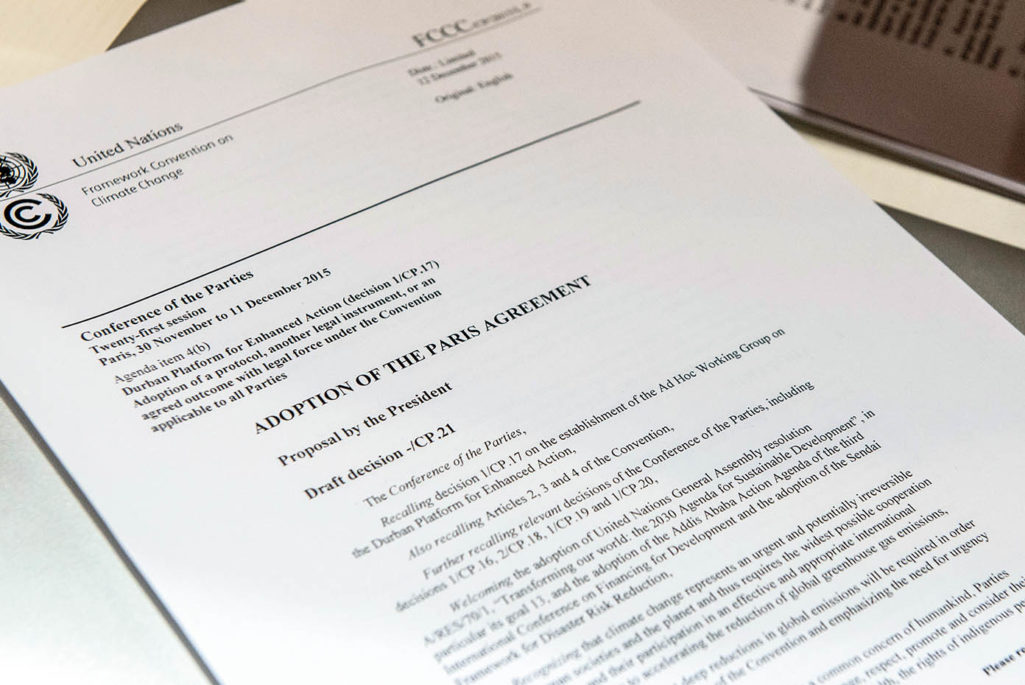 A copy of 'The adoption of the Paris agreement' is pictured after the announcement of the final draft by French Foreign Affairs minister Laurent Fabius at the COP21 Climate Conference in Le Bourget, north of Paris, on December 12, 2015.

The recent Paris climate agreement universally signed by more than 190 countries was generally tougher in signaling the end of fossil fuels than many had expected:

The poorest countries have very low emission levels, but have huge needs to adapt to climate vulnerability.

While much attention has been focused on climate finance and the symbolic number of $100 billion per year, it is also important to make sure that this money reaches poor countries.

The poorest least developed countries have very low emission levels, but have huge needs to adapt to climate vulnerability. These nations have also outlined how they plan to contribute to post-2020 global climate action through ambitious climate action plans also known as intended nationally determined contributions (INDCs). To implement the action plans, these poor countries will need around $93.7 billion each year, according to a recent IIED estimate.

If all the climate finance goes to renewable power projects in China and other emerging economies, this will not help the poorest countries to transition to low carbon resilient pathways.

Importantly, the agreement also states that finance should “aim to achieve a balance between adaptation and mitigation” and take account of “the priorities and needs of developing country parties, especially those that are particularly vulnerable to the adverse effects of climate change and have significant capacity constraints, such as the least developed countries and small island developing States.”

Finally, the agreement acknowledges that while private sector finance is more likely to flow to mitigation (for example, through energy and transport investments), it is important to consider “the need for public and grant-based resources for adaptation.”

Once climate finance gets down to the country level, it is vital to make sure it reaches poor people. Strikingly, poor people are already expending their own limited resources to adapt to climate change. This includes risk-reduction investments, post-disaster spending, investment in temporary or permanent migration from areas hit by climate variability and climate change and expenditures on products and technologies that help households adapt and respond to climate change. International finance needs to complete this spending by poor people themselves.

Social protection is one of the largest public policy responses aimed at poverty eradication. It has evolved from a focus on safety nets to include both short-term interventions to reduce the impacts of shocks and longer-term mechanisms that impact chronic poverty. Social protection can be redesigned to be climate-resilient and avoid promoting maladaptation. Already many of Bangladesh’s and Ethiopia’s social protection schemes support climate-vulnerable households, while India’s Rural Employment Guarantee Scheme provides jobs to clean up ecosystems and invest in climate-resilient infrastructure. The social protection schemes provide an innovative delivery channel for the flow of climate finance.

National Development Banks are government-backed financial institutions that have a specific public policy mandate to provide long-term financing to risky sectors that remain uncatered to by commercial banks. They are increasingly being used to channel climate finance. For instance, the National Bank for Agriculture and Rural Development is the accredited national implementing entity under the Adaptation Fund in India. The Development Bank of Rwanda is responsible for channeling climate finance to private sector investors in Rwanda and Bangladesh’s Central Bank is catalyzing financial institutions to provide green lending to the private sector. However, the focus areas, capacities, instruments and structures of national development banks differ, particularly in new areas of climate finance.

Harnessing innovative private sector support: Countries have begun investing through innovative instruments targeting climate and energy financed on the most poor. Special purpose agencies have been set up by some countries to ensure finance builds resilience of the most poor. The Infrastructure Development Company Limited (IDCOL) in Bangladesh is one such example of a financial entity that has succeeded in providing 2.5 million Solar Home Systems (SHS) in Bangladesh. Although initially criticized for excluding the poorest, the changes in IDCOL policies—offering low-interest loans and smaller cost-effective SHS products—have helped distribute small SHS to around 83 percent of people living below the poverty line in the sample study area.

Chief Economist at the International Institute for Environment and Development

Paul Steele is Chief Economist at the International Institute for Environment and Development. Formerly he worked for eight years in Asia with the United Nations and prior to that was Environmental Economics Advisor first with the UK government and then with the Government of Sri Lanka.

Senior Researcher at the International Institute for Environment and Development

Neha Rai is a senior researcher with the climate change group at the International Institute for Environment and Development. She specializes in public policy analysis, urban and regional planning, climate finance and governance, and socioeconomic and environmental impact assessments. She studies the political economy of climate adaptation interventions, and is currently working on developing a framework for tracking adaptation and measuring development.

Clarke Murphy former CEO of Russell Reynolds Associates
URL: https://www.brinknews.com/paris-climate-agreement-and-making-sure-climate-finance-reaches-the-poorest/
Get ahead in a rapidly changing world. Sign up for our daily newsletter. Subscribe
​​