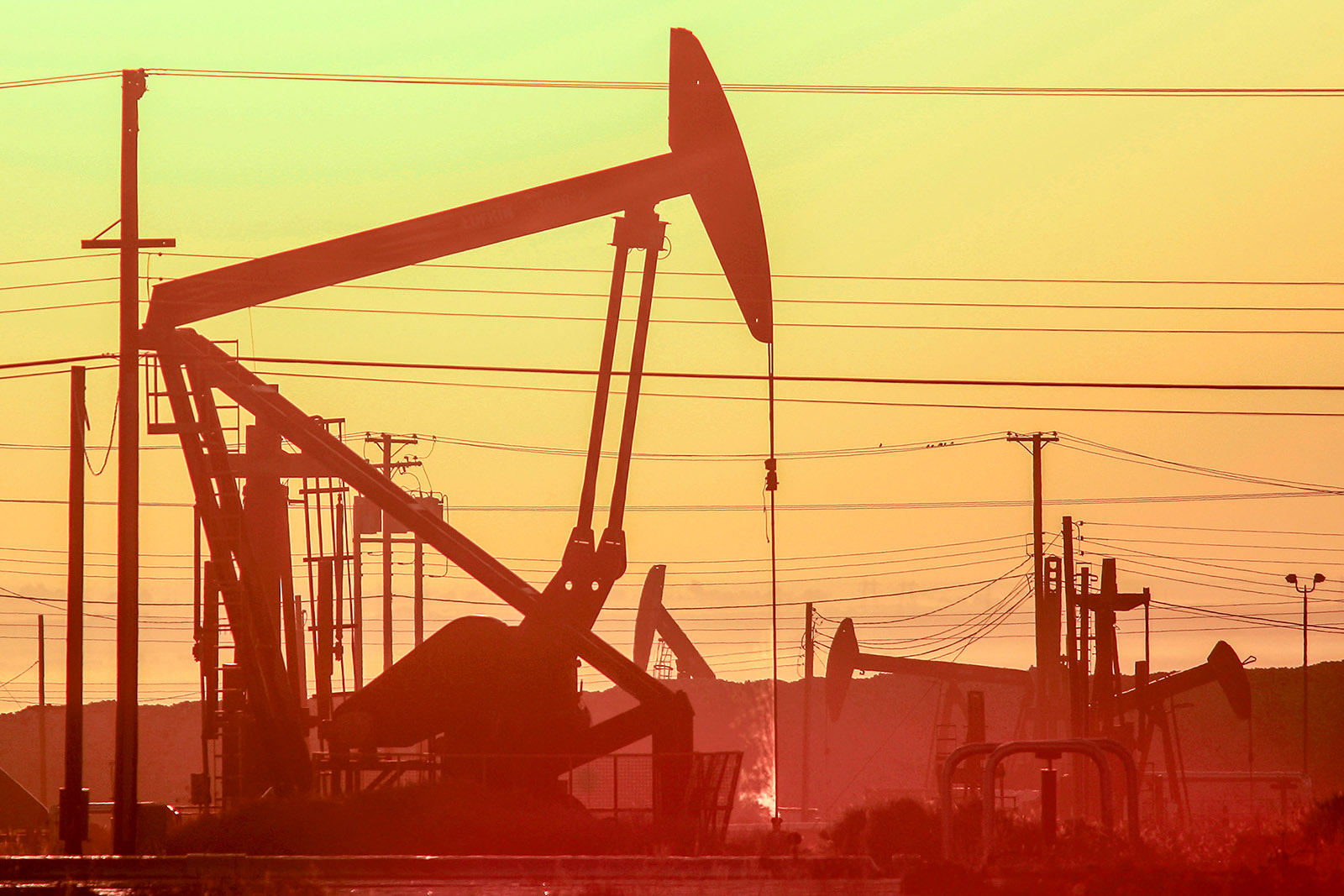 Pump jacks are seen in an oil field over the Monterey Shale formation in California. Natural gas production is increasing—and concern over the risk posed by methane leaks is increasing in parallel.

Natural gas production in the U.S. has surged in the last decade—rising 45 percent, from about 20 trillion cubic feet in 2007 to nearly 29 trillion cubic feet in 2017, according to a report this year from the U.S. Energy Information Administration.  On the heels of this growth, stakeholders in the public and private sector have become increasingly vocal about the risks and benefits surrounding increased production of this resource, which produces less carbon dioxide than coal but still comes with considerations for climate impact.

Natural Gas Is Projected To Produce a Growing Share of U.S. Electricity in the Coming Decades

Methane, the primary component of natural gas, is itself a greenhouse gas, about 25 times more potent than carbon dioxide in its ability to trap heat. Methane accounts for 10 percent of U.S. greenhouse gas emissions, and the largest source of methane emissions is from natural gas and petroleum production.

Natural Gas and Petroleum Production Account for the Largest Source of Methane Emissions in the U.S.

Methane leaks also pose a serious safety risk. Poorly maintained gas infrastructure was behind the 2010 pipeline explosion that killed eight people in San Bruno, California, and a 2015 gas leak that displaced thousands of residents from a Los Angeles neighborhood.

In theory, plugging gas leaks should be a win-win-win for safety, the climate and for the gas industry, which would rather not lose its most precious asset to the atmosphere. In reality, the industry, environmentalists and regulators haven’t agreed even on baseline measurements for methane emissions from gas facilities.

Studies by leading environmental groups and academics have concluded that the bulk of methane emissions can be traced to a small number of “super-emitting” natural gas wells. “The largest 5 percent of leaks are typically responsible for more than 50 percent of the total volume of leakage,” says one Stanford researcher.

A Small Fraction of Natural Gas Production Accounts for Most Methane Emissions from the Barnett Shale in the U.S.

“Current standards for intermittent methane leak detection and repair will continue to miss many of these super-emitting sites,” writes an expert from the Environmental Defense Fund. “We must have an effective program to continuously monitor for methane waste.”

Some in the oil industry are questioning the science behind the super-emitter findings. But in December 2017, a group of some of the largest oil and gas firms pledged to do more to monitor and repair leaks and to stop using a pneumatic controller identified as a major leak source.

Seeking to turn up the pressure, environmental groups have urged investors to demand that oil and gas companies disclose their efforts to measure and reduce their methane emissions. In a report this year, the Environmental Defense Fund found that only 42 percent of oil and gas firms make any effort to report on their methane disclosures.

The technology already exists to recapture and sell leaked methane. The International Energy Agency estimates that “40-50 percent of current methane emissions could be avoided at no net cost” thanks to methane capture technologies. Implementing just the most cost-beneficial mitigation measures could have an impact similar to “immediately shutting all existing coal-fired power plants in China,” the IEA says.

The Trump administration has been working to roll back planned restrictions on methane emissions, though it has faced setbacks in court. It is still “possible and necessary to make progress on reducing methane emissions,” say Ms. Konschnik and Ms. Jordaan. They have produced a “North American Methane Reduction Framework” that outlines steps forward. Collaboration among players in industry, nongovernment organizations, universities and local governments, they say, can yield progress despite a “national leadership void.”

Mark Campanale Founder and Executive Chair of The Carbon Tracker Initiative
URL: https://www.brinknews.com/reducing-methane-emissions-amidst-a-national-leadership-void/
Get ahead in a rapidly changing world. Sign up for our daily newsletter. Subscribe
​​