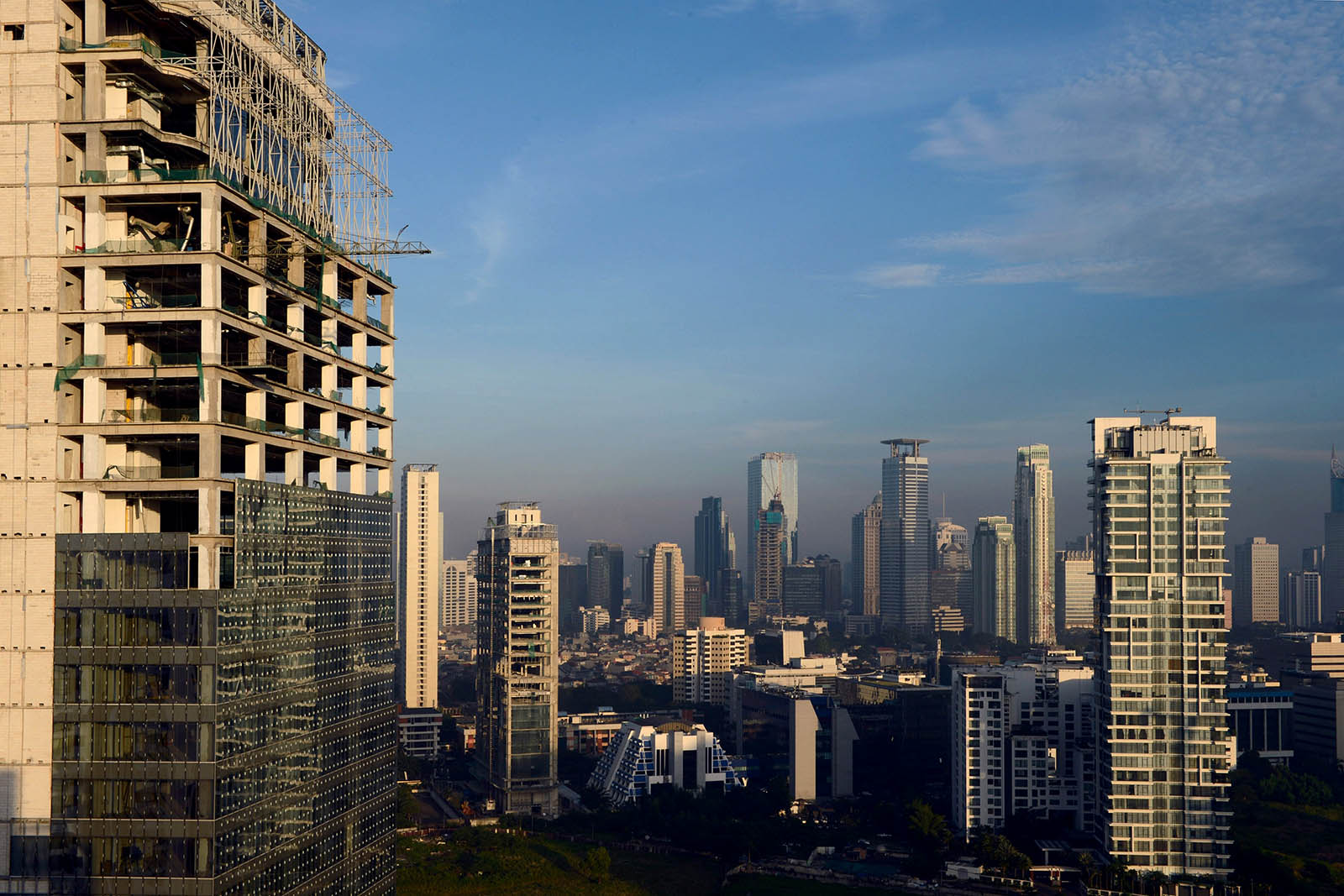 Several high rise buildings under construction on the Jakarta skyline. The next decade in Asia may be led by the region’s tiger cubs of India, Indonesia and the Philippines.

As we noted in a recently published piece, Asia in 2017 saw a sweet spot of solid growth, low inflation, strong capital inflows, historically low interest rates, expansionary fiscal policies and a lack of external shocks that is expected to stretch into this year.

In this context, the downside risks to economic growth far outnumber the upside risks. Outlined below is a look at these risks, which we have sorted into high, medium and low categories.

It is our view that the risk of a slowdown in growth in Asia is increasing, owing to various downside risks including the region’s high levels of debt and weak private domestic demand, among others.

The downside risks include:

Faster monetary policy normalization (high) Whether it is because of inflation or a revamped Federal Open Market Committee that focuses more on financial-stability risks, the Federal Reserve and European Central Bank normalize their policies faster than expected. Weaker currencies against the dollar and euro could force other central banks in developed markets (DM) to follow suit. All this could reverse investors’ hunt for yield in emerging markets (EM) and trigger a repricing of credit risk.

Profit margin squeeze (medium) Labor markets tighten further, and belatedly the Phillips curve reasserts itself, as excess demand for labor leads to wage acceleration. However, structural disinflationary forces continue to bear down on firms, leaving them with little pricing power. This leads to a large compression of profit margins, heralding a global economic downturn.

China setback (medium) Policymakers face a delicate balancing act of deleveraging while sustaining growth. After a stable 2017, helped by the market’s perception that a China “policy put” was in play ahead of the 19th Party Congress, 2018 could be more challenging as China focuses more on the quality of growth. Possible pressure points include a spike in credit defaults, a large property market correction, a run on wealth management products, or accelerated capital outflows.

Global tech cycle turns down sharply (medium) The hope is that the explosion in the Internet of Things is driving a long-lasting tech boom, but if history is any guide, there’s a danger that the steep rise in chip prices could lead to overproduction and a pronounced downturn. China could be the source of oversupply.

The risk of a slowdown in growth in Asia is increasing, owing to downside risks including the region’s high levels of debt and weak private domestic demand.

U.S. trade protectionism (medium) So far, President Donald Trump’s campaign rhetoric has been worse than the administration’s actions. However, if U.S. economic growth disappoints or if there are other domestic troubles, Mr. Trump may decide to push the trade protectionism button against China to shore up his base ahead of the midterm primaries.

Asian elections and new central bank governors (low) It is a busy election calendar in 2018: Events are slated in Malaysia (national) likely between March and May, Indonesia (regional) in June, Korea (regional) in June, India (state elections), Thailand (national) likely in November, but could be further delayed, and Taiwan (regional) in late 2018. Populist policies are a risk ahead of the elections in Malaysia, India, Indonesia and Thailand, while if the ruling party does poorly in India and Indonesia, it could raise some concerns about the reform outlook and the respective chances of the governments being re-elected for another term.

Asian central banks have tended to focus more on low inflation than rising financial stability risks, but that could change as new central bank governors take the helm. The terms of central bank governors are due to end in 2018 in Taiwan (February), Korea (March), China (no term, but Governor Zhou Xiaochuan is widely expected to retire after the National People’s Congress in March) and Indonesia (April).

Political upheaval in Europe (low) After ebbing for a while, support for anti-establishment parties seems to be on the rise again in one form or another in Spain, Italy, Austria and now Germany. A potential flashpoint to monitor will be Italy’s general election on March 4, while Brexit brinkmanship continues to rumble on.

Surge in oil prices (low) The oil price has already climbed by over 40 percent from its June low, and if from here there is a supply- or speculative-driven surge—say, the rising tensions in the Middle East boil over—it would be negative for most of Asia’s net oil importing economies, save Malaysia. If it spreads to food prices (historically, the two are closely correlated), Asian CPI inflation would rise sharply, impelling central banks to raise rates faster. For Asia’s high-leveraged economies, this could cause credit stress.

North Korea (low) Alastair Newton, our geopolitical consultant and co-founder of Alavan Business Advisory, sets an 85 percent probability that North Korea stays on the current trajectory of continuing to test missiles over the next 12-15 months with a related ratcheting up of sanctions short of cutting off oil. He puts only a 5 percent probability on conflict sooner rather than later, and assigns the remaining 10 percent to a left-field event (regime-changing civil unrest or a military coup).

A Tricky Road Ahead

As we cheer in the new year, the global economic outlook looks perhaps the rosiest and most synchronous it has in a decade. Asia, arguably more so than any other region, is leveraged to take advantage of this sweet spot of solid growth, strong capital inflows, tame inflation and low interest rates.

However, our advice is to enjoy the party, but stay close to the door.

There is a rising risk of a potentially painful snapback at some point in 2018. We warn that Asia has become a heavily indebted region and therefore exposed should interest rates rise more sharply than expected, and on our count, the number of downside risks outnumber the upside ones, nine to three. The trick is to be well-prepared for a snapback. Astute investors who time it well will be in pole position to benefit from Asia’s bright long-run future.

We would view any snapback as a “cleansing” process, where deleveraging, corporate restructuring and a greater policy focusing on supply-side reforms would set the stage for Asia’s next multiyear growth upswing. Indeed, with still massive room for development of both economies and capital markets, we are firm believers that the next decade will be Asia’s time to shine, led in particular by the region’s tiger cubs of India, Indonesia and the Philippines.