Services as a New Driver of Growth for Thailand 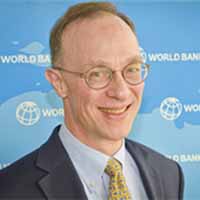 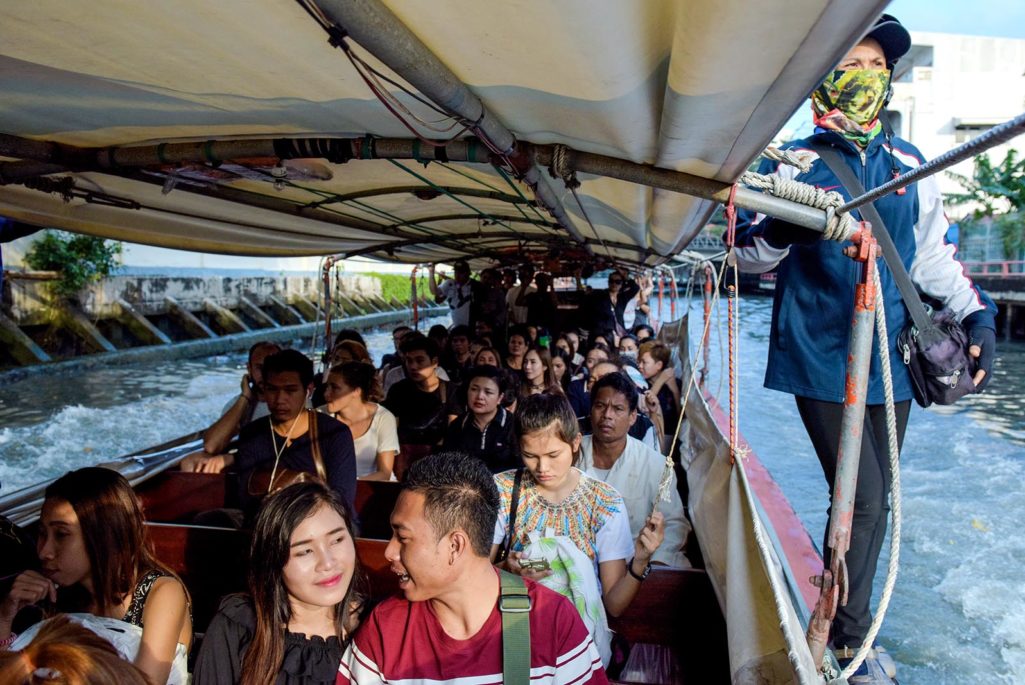 An attendant stands on the side of a boat as it travels along a canal in Bangkok on November 26, 2016.

There’s a good chance you work in the service sector. Services account for 17 million jobs in Thailand, or approximately 40 percent of the Thai labor force. Service encompasses diverse industries such as tourism, retail, health, communications, and transportation, and many sought-after professions in architecture, engineering, law and medicine, for example. Many Thai parents aspire for their children to join the service sector, which carries many of Thailand’s economic hopes and ambitions.

Industries that are likely to be important in the future such as medical and wellness tourism as well as logistics and aviation are in the service sector. Other key industries like robotics, food for the future and smart electronics will depend on services for critical inputs. Education services will also provide the training and skills necessary for any modern and innovative economy.

Why do services matter for the Thai economy? A dynamic and growing service sector can become a critical engine of growth for Thailand. Advanced economies like the U.S. and the Euro area are dominated by the service sector, which makes up more than 70-80 percent of  GDP. Much of the value—even of manufactured goods—is derived from support services rather than manufacture itself. For example, approximately two-thirds of the value-added of smartphones, such as the Apple iPhone or Nokia N95, stem from internal support services, licenses, retailing, distribution and operating profit. Assembly accounts for less than 10 percent of their value.

Even the value-added of a typical jacket made in China and sold in the U.S. is accounted for largely by invisible assets such as services, intellectual property and profits. While developing Asia accounts for most of the world’s manufacturing and assembly needs, most of the benefits go to service providers based in advanced economies.

How does Thailand’s service sector fare? Thailand’s service sector share has remained static at approximately 50 percent over the last two decades. It is dominated by lower-productivity industries employing lower-skilled workers, and a low share of service exports which tend to be in ‘traditional’ sectors. Thailand has not shown sustained increase in the share of the service sector observed in ASEAN and non-ASEAN peers as well as in advanced economies. For example, China’s service sector as a share of GDP is growing rapidly and is close to catching up with Thailand.

How can the potential of the service sector be unleashed? A number of examples from ASEAN countries highlight how a combination of private sector initiative and government support to enable businesses and monitor quality standards can increase service output and exports. For example, financial services in Singapore, higher education in Malaysia, health services in Thailand, and telecommunications-based services in the Philippines.

Thailand’s commitment to structural reforms can unleash the potential of its service sector and lift income levels.

For Thailand, a supportive regulatory environment for doing business, reduced policy restrictiveness both at the border and behind the border, greater competition and deeper trade integration through, for example, implementation of the ASEAN Economic Community commitments will be critical for fostering productivity growth and innovation, particularly in services. In addition, addressing skill gaps and ensuring quality education for all are also important for ensuring worker readiness.

A global World Bank study finds that Thailand has a more restricted service market on average compared to ASEAN peers and other regions in the world, particularly in professional services such as accounting, legal, architecture, engineering and management consulting. For example, a dentist from the Philippines would have to take an exam in Thai to practice in Thailand.

While Thailand has reaped the benefits of past liberalization in manufacturing, merchandise trade and imports of capital with tariff rates coming down from 40 percent in the 1980s to 9 percent in 2006, liberalization failed to encompass the whole economy. Many services, state enterprises and domestically oriented industries remained relatively sheltered from competition.

For instance, foreign entry and investment into many of the service sectors, as well as delivery of some services by foreign firms, are restricted. Education and health facilities, for example, are required to be majority Thai-owned. In the financial services sector, liberalization has made progress despite apparently restrictive laws. Most, if not all, commercial banks are majority foreign-owned, but not necessarily foreign-controlled. So far, two foreign bank licenses for both wholesale and retail have been granted.

Thailand’s economic growth is expected to attain 3.2 percent in 2017, from 2.8 percent in 2015. While there will be external challenges from more uncertain global economic prospects, Thailand’s continued commitment to structural reforms can unleash the potential of the service sector and lift Thailand’s long-term growth path above 4 percent per year and take the country from upper-middle to high-income levels.

Thailand’s economy is on track to recovery, and further strengthening the service sector will help create new and better jobs, higher incomes and more opportunities for Thai people.  And who knows, perhaps you could be the next Jack Ma or Tony Fernandes.

This piece first appeared on the World Bank Blogs.

Country Director for Southeast Asia, East Asia and Pacific at The World Bank

Ulrich Zachau joined the World Bank Group in 1988. Since joining the East Asia Pacific Region in January 2012, he served as director of strategy and operations from 2012-2013 and is currently the country director for Southeast Asia, based in Bangkok, and covering all Bank programs and operations in Cambodia, Lao PDR, Malaysia, Myanmar and Thailand. He holds degrees in mathematics and economics from the University of Munich and a Ph. D. degree in economics from Oxford University, where he was a Rhodes Scholar.

Til Schuermann Partner and Co-Head of Oliver Wyman’s Risk & Public Policy Practice
URL: https://www.brinknews.com/services-as-a-new-driver-of-growth-for-thailand/
Get ahead in a rapidly changing world. Sign up for our daily newsletter. Subscribe
​​