Singapore Surging Ahead With Its Energy Storage Ambitions 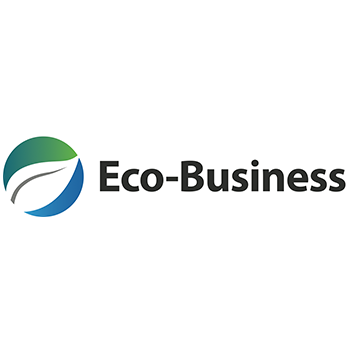 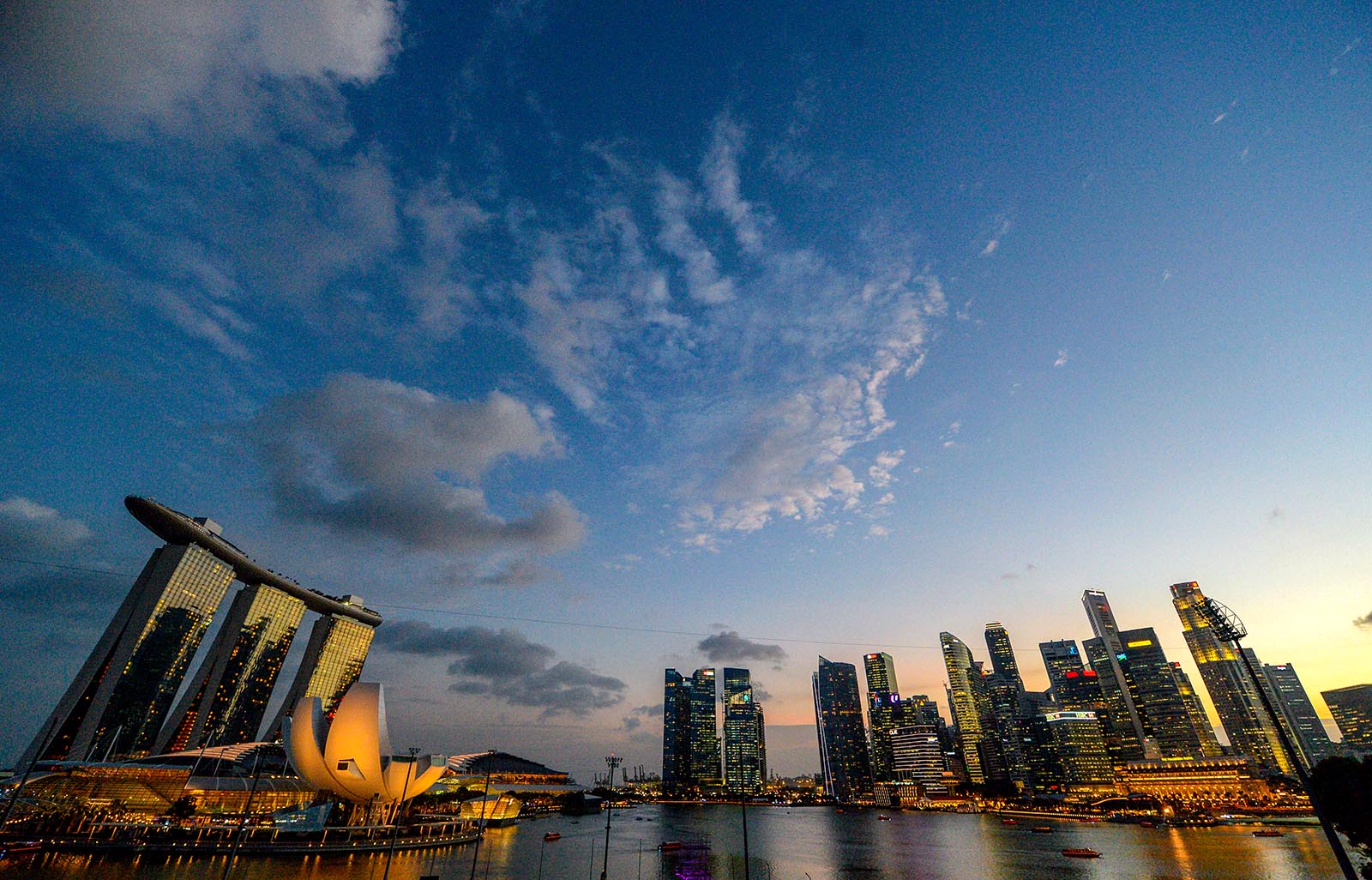 The sun sets against skyscrapers in Singapore. The city-state is building a niche in energy storage.

Talk about smart grids and renewable energy, and images of gleaming solar panels, spinning wind turbines and roaring hydropower are likely to come to mind. Less so the rows of nondescript batteries within energy storage facilities, which, despite the lack of hype, have been called the last piece of the smart grid puzzle by industry experts.

Demand for renewable energy is only set to grow in the coming decades as the world shifts to low-carbon forms of electricity, a transition accelerated by falling prices of renewable energy and commitments by governments to reduce national greenhouse gas emissions under the Paris Agreement on climate change.

However, renewable energy is not without its drawbacks. For one, it is completely dependent on the weather. Cloudy skies or rain will decrease the amount of energy produced by solar panels, for instance, even as energy demand remains constant. This varying level of energy output is known as intermittency and can cause grid instability.

The key to overcoming the challenge of intermittency and unlocking the mass deployment and adoption of clean energy is energy storage, said Gian Yi-Hsen, the Singapore Economic Development Board’s executive director of cleantech, calling the technology a “critical enabler.”

Storage acts as a reserve that can pump electricity into the grid when renewable energy generation is low or according to the ebb and flow of consumer electricity demand, he said in an interview with Eco-Business.

“Singapore has been making steady progress towards large-scale adoption and deployment of clean energy domestically, especially solar. To manage this intermittency, Singapore is looking into multiple solutions including energy storage to ensure the safe, secure and reliable supply of electricity,”  Gian said.

This is why Singapore is building a niche in energy storage, starting with battery testbeds and new research facilities to develop a multifaceted and growing ecosystem around energy storage.

In 2015, the Energy Market Authority (EMA), Singapore’s electricity regulator, set up the Energy Storage Programme to improve the stability of Singapore’s power system. Last October, it launched the Energy Storage System Test-Bed initiative in conjunction with national power company SP Group to find technologies that would work for the city-state.

The testbeds will be used to evaluate the feasibility and performance of different energy storage technologies in Singapore’s climate and urban environment, said an EMA spokesperson. “They will help establish standards and guidelines for the deployment of energy storage systems. In parallel, EMA is also consulting the industry on the policy framework for Singapore,”  the spokesperson said.

Red Dot Power CEO Vijay Sirse told Eco-Business that the 2 megawatt testbed will be commissioned by the end of 2018 at a SP Services power transmission site in Woodlands.

The advantage of energy storage is the quick response time to drops in power supply, Sirse said. “Traditional energy generators are mechanical devices that take time to react, but batteries can react within seconds. That’s exactly what is required to address intermittency, and this is what will help batteries to integrate more solar energy into the energy mix here.”

Sirse already has his eye on regional opportunities for energy storage technology, especially in the archipelagos of the Philippines and Indonesia, where connecting to the grid is difficult. “We can integrate solar power, wind power and energy storage together,” he said.

While the Singapore testbed integrates solar and storage into the grid, Sirse said, “the experience we gain here will be helpful for us in expanding in the region.”

The Sum of Parts

Singapore is also building capacity in the other aspects of energy storage systems that tend to be overlooked.

Comparing energy storage to a car, he says that in the same way that a good engine can be ruined by poorly tuned gearing or control systems, good energy storage hardware can fail if the right software or temperature controls are not placed into the same system.

The Singapore lab is part of the GECC initiative in partnership with the Energy Research Institute @ Nanyang Technological University (ERI@N) and the Fraunhofer Institute for Solar Energy Systems (ISE). It encompasses VDE Prime Labs in the United States and Germany, as well as the new VDE Prime Lab in Singapore.

Asked why VDE chose to open the lab in Singapore, Hinz said Singapore is the tech hub of Southeast Asia. “The Singapore government focuses on the ecosystem approach, so we have the perfect finance base and a knowledge base such as Nanyang Technological University.”

He said that the transition for new technologies from testbed to real-world application is quicker in Singapore than in other markets. “With battery technology systems, we install them in test fields such as the microgrid projects on offshore islands, and then as soon as three to five years, we transfer them into business application, and the money comes,” he said.

The city-state’s ambitions are expected only to grow when it comes to energy storage. Pointing to Singapore’s status as the world’s seventh-largest exporter of lithium-ion batteries and the fourth-largest exporter of primary batteries, EDB’s Gian said that the country is on the lookout for partnerships with battery manufacturing companies.

Battery research is also a growing area for Singapore. For example, Singapore’s Agency for Science, Technology and Research’s (A*STAR) NanoBio Lab last month signed a memorandum of understanding with Canada’s Hydro-Quebec for a $20 million joint laboratory to research and develop alternatives to lithium ion batteries, nanotechnologies for electric vehicles and energy storage.

“Through a number of pilots and testbeds, companies have the opportunity to build strong and credible use cases before exporting these solutions to urban centers in the region,” Gian said.

Beyond serving as a reference site for testbedding, Singapore is also “advancing towards building competencies in the manufacturing of systems, alongside the testing and inspection for energy storage solutions,” he said, to help complete the value chain and support the region’s increasing demand for renewable energy. 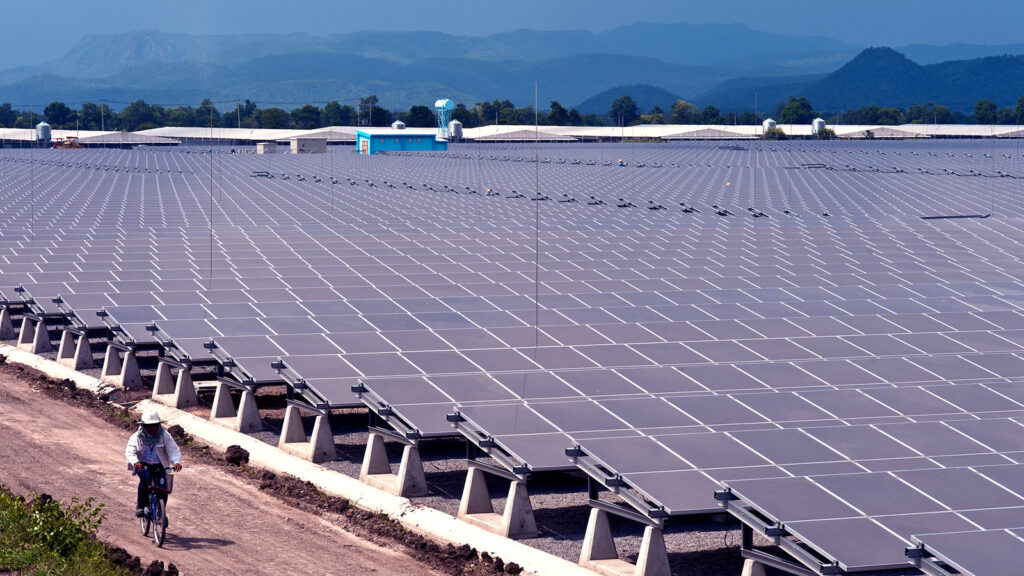 Gail Gallie Co-Founder of Project Everyone
URL: https://www.brinknews.com/singapore-surging-ahead-with-its-energy-storage-ambitions/
Get ahead in a rapidly changing world. Sign up for our daily newsletter. Subscribe
​​