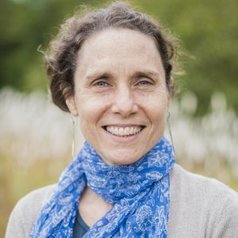 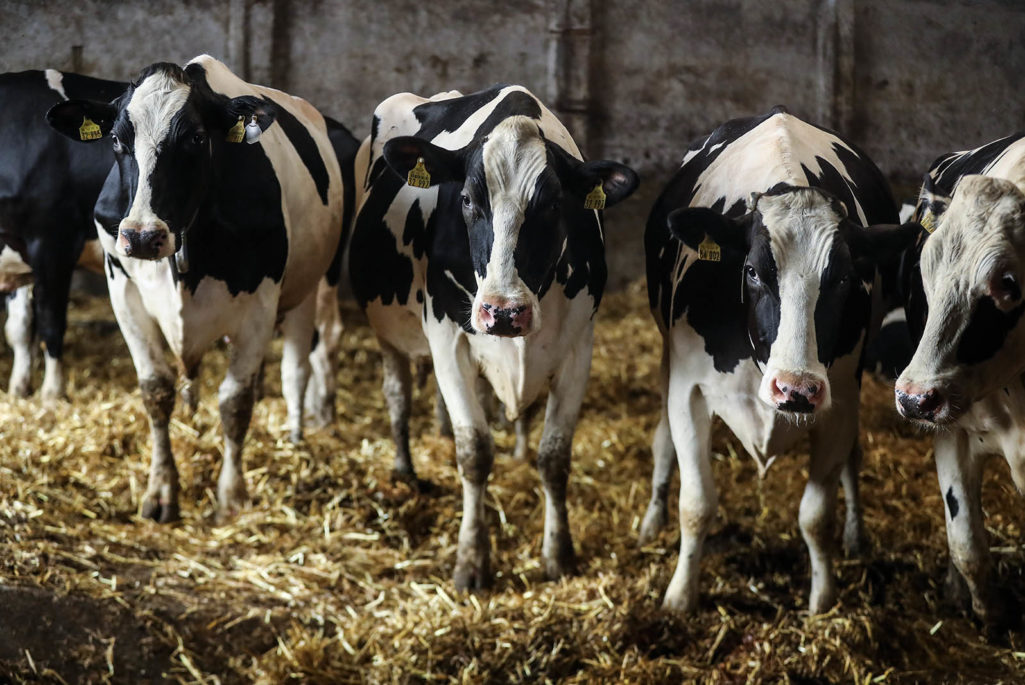 Dairy cows stand in a barn at the Wolters dairy farm on May 19, 2016 in Bandelow, Germany. Greenhouse gas emissions from agriculture need to be dramatically cut to achieve global climate change goals. For example, recently developed methane inhibitors would reduce dairy cow emissions by 30 percent without affecting milk yields.

Although 177 countries signed the Paris Agreement to reduce global greenhouse gas (GHG) emissions in April 2016, the reductions they have pledged so far are not enough. To stand a chance of limiting warming to 2 degrees Celsius above preindustrial levels by the century’s end, we need to get more specific about the reductions that sectors need to make.

Agriculture directly accounts for 10 to 12 percent of anthropogenic greenhouse gas emissions. We know that even if the industrial, transport and energy sectors all take action, it will be impossible to meet the 2 degrees Celsius limit without addressing the emissions in agriculture.

The good news is that an overwhelming majority of countries—119 in total—have pledged to reduce their agriculture-related emissions as part of the Paris process; however, until now, we have had no means to evaluate these plans to understand whether the pledges are enough.

To meet this challenge, a team of scientists calculated the reduction needed in agricultural GHG emissions to meet the global 2 degrees Celsius target. The study was conducted by the CGIAR Research Program on Climate Change, Agriculture and Food Security (CCAFS), a global research consortium, and partners.

We estimate that agriculture will need to reduce the equivalent of one gigatonne of carbon dioxide equivalents per year (GtCO2e/yr) in 2030 to meet the 2 degrees Celsius target. Based on the pathway of interventions assumed in the 2 degree scenario, the reduction would need to increase after 2030, doubling to 2 GtCO2e/yr by 2050 and doubling again to 3-4 GtCO2e/yr by 2100. This goal is for only non-carbon dioxide gases that cause direct emissions in agriculture: nitrous oxide, which comes from fertilizer; and methane, which comes principally from rice and livestock. If we were to also consider CO2 reductions, the target would be even greater.

To put the proposed reduction of 1 gigatonne into perspective, the target assumes agriculture should only emit a total of 6-8 GtCO2e/yr in 2030. This represents an 11-18 percent reduction relative to business-as-usual baselines. This will be no small feat, given the need to increase food production to feed the world’s growing population.

Are we on track to achieve the target? The short answer is: not yet.

We evaluated two plausible development pathways to cut emissions from agriculture: one that assumes widespread dissemination of technical agronomic practices in livestock, cropland and paddy rice management, and one that shows increases in the efficiency of crop and livestock production.

We found that these pathways would achieve only between 21 to 40 percent of the one GtCO2e/yr target, even if implemented fully at scale. It is clear that agriculture will not be able to meet the Paris 2 degree Celsius goal with current technologies and available policies.

What could work? Many technologies that reduce agricultural emissions are already considered best management practices, and so supporting farmers to make these changes will already accomplish a lot. To meet the 1 GtCO2e target, however, we will need a much bigger menu of technical and policy options.

It is clear that agriculture will not be able to meet the Paris 2 degree Celsius goal with current technologies.

For example, there are promising low-emissions technologies on the horizon, such as breeding cattle to produce less methane. Recently developed methane inhibitors would reduce dairy cow emissions by 30 percent without affecting milk yields. New varieties of corn and wheat that require less fertilizer, and therefore cause less nitrous oxide to be released from the soil into the atmosphere, are also being developed for use all over the world.

Alternate wetting and drying in irrigated rice, a practice that entails farmers draining their fields in the middle of the growing season and then reflooding their fields when water drops below a certain level, can halve methane emissions from the soil while maintaining yields and saving farmers money from reduced irrigation fees. This practice is already being tested in some of the largest rice-growing nations in the world, from the Philippines to China and Vietnam to Bangladesh. In Colombia and Uruguay, rice farmers’ research plots are showing even larger emissions reductions of 55-65 percent.

Farmers who intensify livestock production using best management practices are also helping to reduce emissions below what they would have been otherwise. Improving feed, managing herd sizes, improving animal health and strategic breeding all enable more GHG-efficient agriculture by reducing emissions per kilogram of milk or beef. In Latin America, improved pasture management is showing promise as a low-cost means of improving feed, while also potentially increasing carbon in the soil. Care is needed to ensure intensification is done sustainably, without further deforestation, nutrient runoff from animal waste into waterways or using feed requiring high energy inputs.

Mechanisms that create new incentives for investment in low-emissions agriculture and support innovation among farmers could also be transformational. Innovative ways of valuing emissions reductions, such as green bonds, corporate commitments to zero emissions or auctions of the future value of greenhouse gas reductions, could play an important role.

Without proper financing, most farmers simply won’t be able to afford the initial investment needed for improved practices. Support from the Green Climate Fund, created under the auspices of the United Nations to disburse climate finance to developing countries, to help the agriculture sector reduce emissions is going to be critical to demonstrate the success needed to kickstart further private sector investment.

Enabling more rapid sharing of information about new practices and their impacts will be important to best support farmers and the people who advise them. Providing technical guidance about low-emissions agricultural options through existing advisory services, cell phone technology and local agricultural innovation hubs will support more widespread mitigation.

As it stands, countries should be proud of the progress that has been made to bring agriculture to the forefront of climate discussions, but we must also quickly get a reality check. We must understand that this is simply the first step in a proverbial 1,000-mile journey.

Creating a more sustainable food system is no easy task. To reduce emissions, we will need to change the way we produce and consume food. Setting a global target for emission reductions in the sector is essential if we are to capitalize on the momentum that the Paris climate talks have stirred around agriculture. We must take action now, or the 2 degree Celsius target will remain out of reach.

Research Associate Professor at the Gund Institute for Ecological Economics and Rubenstein School of Environment and Natural Resources, University of Vermont

Dr. Eva Lini Wollenberg is currently flagship leader for Low Emissions Agriculture for Climate Change, Agriculture and Food Security and research associate professor at the Gund Institute for Ecological Economics and Rubenstein School of Environment and Natural Resources, University of Vermont. She was previously the director of the Center for Sustainable Agriculture at the University of Vermont; principle scientist at the Center for International Forestry Research; and program officer for Asia’s Rural Poverty and Resources Program at the Ford Foundation.

Carolina Klint Risk Management Leader, Continental Europe at Marsh
URL: https://www.brinknews.com/tackling-agricultures-climate-change-problem/
Get ahead in a rapidly changing world. Sign up for our daily newsletter. Subscribe
​​