The Hidden Costs of Poor Mental Health for Employers 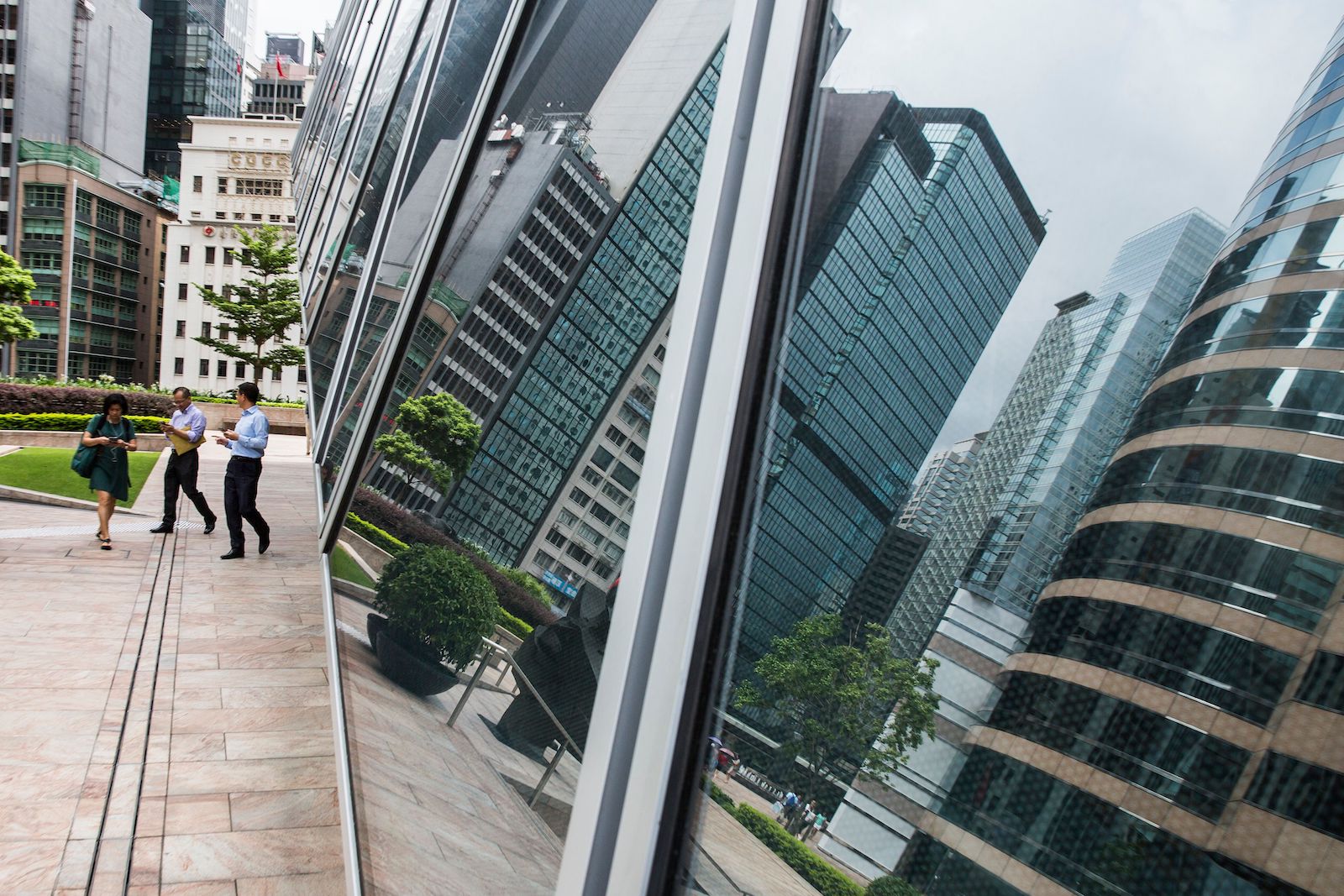 This is the third article in a special series focused on health related issues. The previous pieces in this series can be read here and here.

Recent research by Oliver Wyman and the City Mental Health Alliance Hong Kong (CMHA HK) indicates widespread poor mental health in the professional services industry in Hong Kong: 37 percent of employees have experienced poor mental health while in employment and 25 percent while working for their current employer. These findings echo recent surveys in the UK, where 1 in 3 people in the workforce has been formally diagnosed with a mental health condition at some point in their lifetime, according to the Mental Health at Work survey by Mercer and Business in the Community.

The actual number of employees with a mental health condition is likely to be even higher, because stigma remains a major inhibitor to people talking openly about mental health. Fifty-five percent of survey respondents in Hong Kong have experienced stigma themselves and/or know someone who has.

Given the prevalence of mental health issues, ranging from severely debilitating conditions to mild or moderate conditions that impair functional and occupational activities, it is imperative that businesses—as well as governments and individuals—understand the costs of inaction and how to address this growing challenge.

Tangible and Hidden Costs to Businesses

While it is easy to find news headlines on work-related stress, there is generally less awareness of the full set of costs associated with poor mental health in the workplace. According to an analysis by Oliver Wyman, tangible costs to professional services employers add up to between HK$5.5 billion-HK$12.4 billion ($0.7 billion-$1.6 billion) per year, depending on the size of the company. To put this range in context, it is 40-90 times the expenditure on employee assistance programs (EAPs), which amounts to approximately HK$130 million per year. Employers tend to track costs of EAPs, to which they have signed up consciously. However, they typically underestimate other tangible and intangible costs. Tangible costs include “unintentional” human resource costs, such as those associated with absenteeism (when employees are unable to go to work due to poor mental health), presenteeism (when employees go to work but are unable to perform at prime), and turnover costs (including lost productivity in transition and direct expenditure for recruiting replacements). Less tangible costs include productivity drag to teams, reputational damage, and foregone opportunities and revenue—these are hard to quantify and are excluded from the analysis, hence the actual cost to employers of poor mental health in the workplace is likely to be even higher.

Employers are especially likely to underestimate the scale of presenteeism, which accounts for 80 percent of the tangible costs of poor mental health for professional services firms in Hong Kong. In a survey by Bupa, Hong Kong employers underestimated presenteeism by 70 percent: 19 days per year, versus the 64 days reported by employees. Very few employees feel comfortable being absent from work for mental health reasons: 64 percent of professional services employees in the Oliver Wyman-CMHA HK survey said they would continue going to work despite feeling unwell, because they felt embarrassed or were afraid of what managers and colleagues might say. Middle management roles are affected particularly badly and account for nearly half the presenteeism cost in Hong Kong.

One verbatim response from the Oliver Wyman-CMHA HK survey illustrates the main factors driving poor mental health in Hong Kong workplaces, as well as the common response to presenteeism: “My feeling is that one of the main causes of mental health problems amongst employees at organizations in Hong Kong is a culture of very long working hours and a general acceptance of poor work-life balance. Further, employees are reluctant to talk about mental health issues with their employers because of the fear that this may have an impact on their career progression.”

Surveys on mental health in the workplace reveal a disconnect between employers’ and employees’ perceptions of the extent and impact of support available. EAPs are the typical mechanism offered by employers to support employees across a range of areas, but use is low (estimated between 4-11 percent), and the range of mental health support offered is variable. Plausible reasons for lack of use by employees include low awareness, confidentiality concerns and persistent stigma around mental health.

Clearly, EAPs alone are not enough. For better results, employers must address three major gaps in employees’ experiences of poor mental health in the workplace: a lack of knowledge and awareness around mental health; a lack of policies and resources to support staff well-being; and a lack of trust that prevents employees from sharing their concerns and experiences with colleagues.

The knowledge gap. Sixty-nine percent of respondents in the Oliver Wyman-CMHA HK survey have never received any education on poor mental health. To improve employees’ awareness and ability to talk about their concerns, employers should provide training on recognizing the signs and symptoms of poor mental health and ensure that the staff have strategies and support systems in place to support good mental health.

The firm support gap. Only 8 percent of respondents with a history of poor mental health believe that employers provide sufficient resources to support staff well-being. Employers have a long way to go: They must implement clear policies, set the tone from the top to promote a healthy firm culture, and offer reasonable adjustments, such as flexible working arrangements, so that employees can achieve work-life balance and feel valued at work.

The trust gap. Only 36 percent of respondents disclosed a mental health issue to someone at their workplace; of those, only 12 percent spoke to human resources. It is hence crucial for staff across functions and at all levels to be trained to have conversations and offer information about available sources of support. Employers should also ensure that staff feel able to talk about concerns without fear or stigma.

Employers have both a duty of care and a business imperative to support good mental health for employees. Given the high prevalence and costs of poor mental health in the workplace, there is a strong need for better prevention and intervention mechanisms offered by employers. To achieve a good culture of mental health in the workplace, organizations should secure engagement from senior leadership, offer awareness-raising programs and training, and ensure that staff have sufficient support—and that they know how to access it. Mental health programs have been estimated to deliver returns on investment between 0.27-16.85 percent, with better employee well-being and productivity benefiting both employees and employers in the long run. 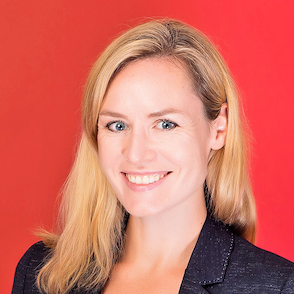 Dr. Zoë Fortune leads CMHA Hong Kong, which she helped found in 2017, and has extensive experience in the field of mental health. A researcher by background, she has led research programs across various academic, commercial and nonprofit settings and is passionate about using research to ensure an evidence base for program development. 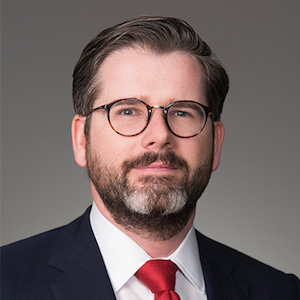 Peter Reynolds is a partner in the Finance and Risk practice based in Oliver Wyman’s Hong Kong Office, where he recently moved after 10 years in New York. Peter has worked in-depth with major financial institutions across the U.S., Europe and Middle East and has led Oliver Wyman’s Capital Markets risk team in the U.S.