The Pros and Cons of a Universal Basic Income 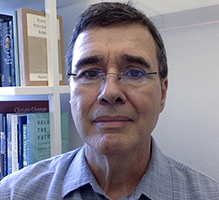 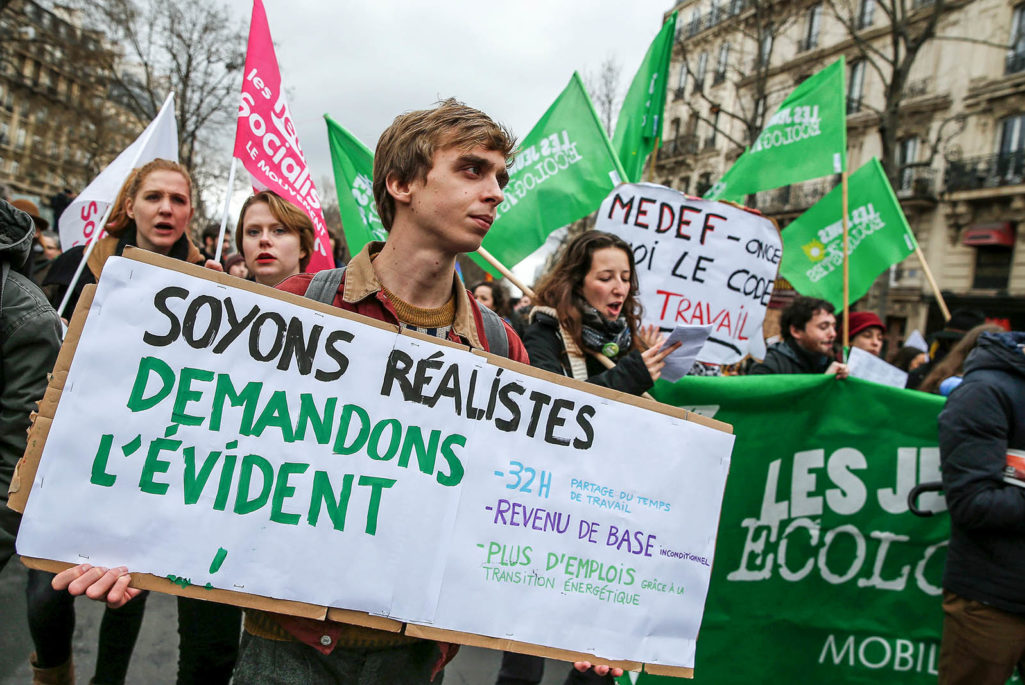 A protester holds a placard reading 'Let's be realistic, ask for the obvious, 32h sharing of work time, Basic income, more jobs thanks to energy transition' during a demonstration called by youth organizations and students' unions on March 9, 2016, in Paris, during a nationwide day of protest against proposed labour reforms.

In June of this year, Swiss voters saw an initiative on their ballots calling for an “unconditional basic income” that would “allow the whole population to lead a decent life and participate in public life.” Put on the ballot by a petition drive after it was rejected in parliament, the initiative was rejected by 77 percent of Swiss voters, with 23 percent approving.

The initiative lost badly, but even having a national vote on a universal basic income (UBI) shows how far the idea has come. Although people have advocated some type of universal basic livelihood or support for centuries, usually tied to concerns about poverty, recent advocacy is closely linked to fears about extensive job losses due to technology, especially artificial intelligence (AI) and robotization of work.

Every day brings a new story about another line of work being taken over by robots, from flipping hamburgers to reading x-rays to banking. Each specific case brings with it forecasts that jobs for humans are disappearing, with some advocates saying this “jobless future” necessitates the need for a UBI, or some form of livelihood not tied to paid work.

Moshe Vardi, a computer scientist at Rice University, argues that “by 2045, machines will be able to do much of the work that humans do,” and he wonders, “what will humans do?” The concern is not limited to technologists or venture capitalists. Andy Stern, former head of the Service Employees International Union (SEIU) foresees an almost “jobless future,” with “tens of millions” fewer jobs, divided among a few well-paying ones and a lot of bad ones, with labor market competition for the bad ones overwhelming any ability to unionize or guarantee benefits for even the employed workers.

Futurist Martin Ford’s Rise of the Robots: Technology and the Threat of a Jobless Future details these dystopian scenarios. Ford said he sees new technologies pushing the economy towards “permanent technological unemployment,” implying that some form of UBI is necessary, although “you’d have to phase it in at a relative low level” so it acts as a “free market alternative to a safety net,” but not so high or costly as to deter work effort or overwhelm government budgets.

If UBI support hinges on the view that machines are taking all the jobs, there are major criticisms of that idea.

If UBI support hinges on the view that machines are taking all the jobs, there are major criticisms of that idea. The 2016 World Economic Forum in Davos, Switzerland, agrees that the world has entered a “fourth industrial revolution” where technological change “will lay the foundation for a revolution more comprehensive and all-encompassing than anything we have ever seen.” The Davos report accepts the prediction of sweeping technological change, but not the forecast of major disruptive employment loss.

Fear Not the Rise of AI

The WEF is not alone in downplaying fears of massive job loss, or at least fears that no net new jobs will be created to replace those displaced by technology. Many economists argue that while some jobs and sectors are being disrupted by technology, we are not seeing significant net displacement, and as in the past, new technologies can lead to increased prosperity and employment. MIT economist David Autor and others argue that history shows technology does eliminate jobs (often of lower productivity and greater drudgery), but the displacement allows movement of capital and labor to higher-value activities.

So for many economists, the rise of robotics and AI are just another episode in the long history of technology replacing human labor in some specific occupations and industries. While they expect displacement will occur in specific occupations and industries, they view dire forecasts of massive net job losses as being wrongly static, and specifically disagree with the argument that middle-skill jobs are the most threatened. Thus, they don’t see a reason for moving to a UBI.

Other economists, while not blaming AI and robotics per se for job losses, support calls for a UBI. In this view, capital’s share of national income has been growing at the expense of labor since the 1980s, well before the most recent technological wave; however, the reasons are largely rooted in institutional change and political and economic power, not in neutral technological substitution of capital for labor. So a UBI could be justified to help redistribute the total economic output produced in part by new technology, which is not being adequately shared with labor.

Guy Standing calls 1975 to 2008 the “globalization” era that has given rise to a workforce more and more unmoored both from stable employment (either with a secure employer or in a profession) and from adequate social benefits—what Standing calls the “precariat,” the term reflecting the precarious position of a growing share of the workforce. For Standing and others, the story of labor market change is not new technology, but changes in the relative power of business and workers, with a parallel reduction in social benefits for those not working. A UBI could help redress that balance of power.

Another set of UBI advocates can be found, curiously, on the right—among libertarians. The intellectual root of these proposals rests with Milton Friedman, in the form of a “negative income tax” that would replace all existing welfare state programs. Friedman saw this idea as a “second best” that would have the added virtue of reducing the size and scope of the modern state.

Current libertarian support for a UBI explicitly follows Friedman’s model. For them, a UBI would replace most, or all, welfare state spending—not only cash welfare, but also food stamps, Medicare and other major programs. The potential alliance between some progressive UBI advocates and conservatives worries defenders of the current welfare state, leading them to question or oppose UBIs.

Defending the Status Quo of the Welfare State

Public policy analyst Robert Greenstein has articulated this pro-welfare state criticism of UBI proposals in the United States. An individual UBI of $10,000 per year—17 percent below the official poverty line—for the American population of more than 300 million people would cost more than $3 trillion annually. Greenstein sets that amount against current U.S. federal budget expenditures: “This single-year figure equals more than three-fourths of the entire yearly federal budget… It’s also equal to close to 100 percent of all tax revenue the federal government collects.”

So much of the current interest in UBI stems from a belief that robots and technology will rapidly eliminate jobs faster than new ones will be created, but the evidence thus far is too uncertain to justify a major disruption of the welfare state. Rather, the UBI debate might be better linked to the analysis of changing economic and power relations between business and labor and the growth of the “precariat.” Advanced technology in this view is just the latest in a string of developments that have weakened not only labor’s ability to bargain, but also overall macroeconomic performance by contributing to weaker overall demand and inequality.

Focusing on the continuing decline of job quality, labor standards and dependable income returns us to the core arguments about the design and efficacy of the welfare state. Paradoxically, focusing on UBIs rather than alternatives, such as universal job guarantees or Greenstein’s advocacy of stronger targeted anti-poverty programs, may weaken advocates and policies for the poor rather than helping them.

Rick McGahey is senior vice president for Programs at the Institute for New Economic Thinking.  He served as the Assistant Secretary for Policy at the U.S. Department of Labor.

Alain Frachon Senior columnist for Le Monde
URL: https://www.brinknews.com/the-pros-and-cons-of-a-universal-basic-income/
Get ahead in a rapidly changing world. Sign up for our daily newsletter. Subscribe
​​