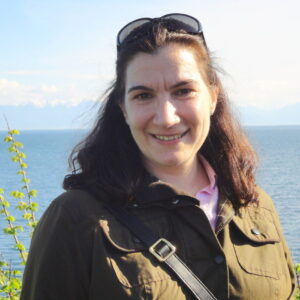 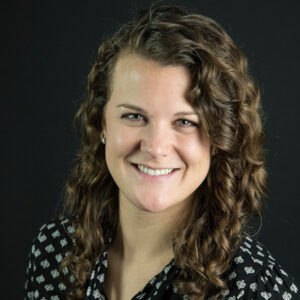 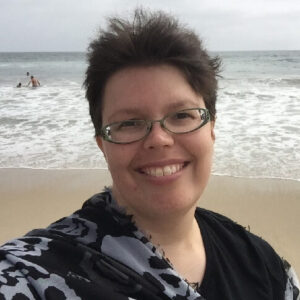 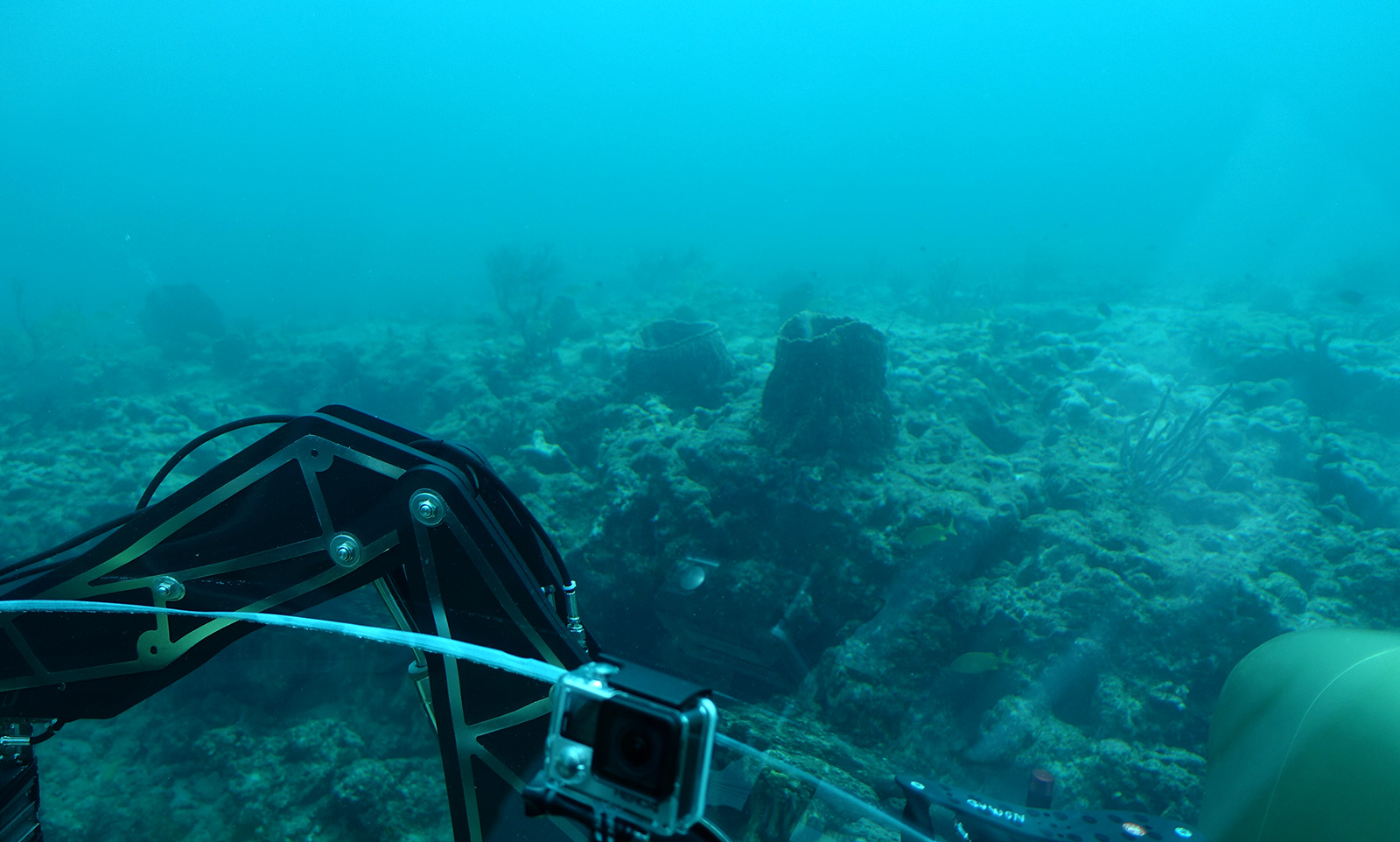 A view of the seafloor off the coast of Florida, U.S. It is critically important to thoroughly analyze the potential effects of seabed mining.

Mining the ocean floor for submerged minerals is a little-known, experimental industry. But soon, it will take place on the deep seabed, which belongs to everyone, according to international law.

We study ocean policy, marine resource management, international ocean governance and environmental regimes, and we are researching political processes that govern deep seabed mining. Our main interests are the environmental impacts of seabed mining, ways of sharing marine resources equitably and the use of tools like marine protected areas to protect rare, vulnerable and fragile species and ecosystems.

Today, countries are working together on rules for seabed mining. In our opinion, there is still time to develop a framework that will enable nations to share resources and prevent permanent damage to the deep sea. But that will happen only if countries are willing to cooperate and make sacrifices for the greater good.

An Old Treaty With a New Purpose

Countries regulate seabed mining within their marine territories. Further out, in areas beyond national jurisdiction, they cooperate through the Law of the Sea Convention, which has been ratified by 167 countries and the European Union, but not the U.S.

The treaty created the International Seabed Authority, headquartered in Jamaica, to manage seabed mining in international waters. This organization’s workload is about to balloon.

Under the treaty, activities conducted in areas beyond national jurisdiction must be for “the benefit of mankind as a whole.” These benefits could include economic profit, scientific research findings, specialized technology and recovery of historical objects. The convention calls on governments to share them fairly, with special attention to developing countries’ interests and needs.

The United States was involved in negotiating the convention and signed it, but it has not ratified it, due to concerns that it puts too many limits on exploitation of deep sea resources. As a result, the U.S. is not bound by the treaty, although it follows most of its rules independently. Recent administrations, including those of Presidents Bill Clinton, George W. Bush and Barack Obama, sought to ratify the treaty, but failed to muster a two-thirds majority in the Senate to support it. 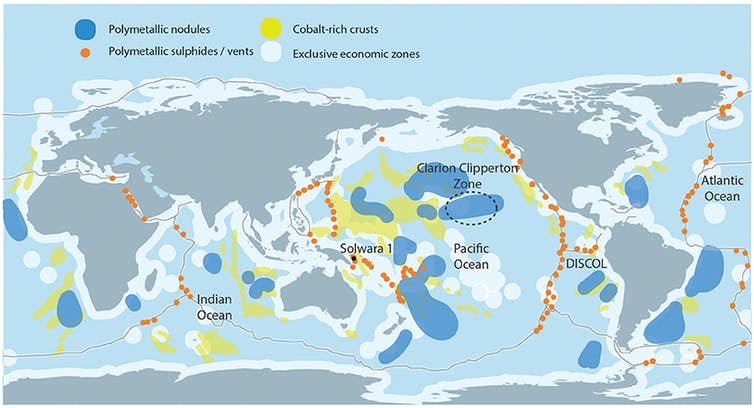 Scientists and industry leaders have known that there are valuable minerals on the seafloor for over a century, but it hasn’t been technologically or economically feasible to go after them until the past decade. Widespread growth of battery-driven technologies such as smartphones, computers, wind turbines and solar panels is changing this calculation as the world runs low on land-based deposits of copper, nickel, aluminum, manganese, zinc, lithium and cobalt.

These minerals are found in potato-shaped “nodules” on the seafloor, as well as in and around hydrothermal vents, seamounts and mid-ocean ridges. Energy companies and their governments are also interested in extracting methane hydrates — frozen deposits of natural gas on the seafloor.

Scientists still have a lot to learn about these habitats and the species that live there. Research expeditions are continually discovering new species in deep-sea habitats.

Korea and China Seek the Most Contracts

Mining the deep ocean requires permission from the International Seabed Authority. Exploration contracts provide the right to explore a specific part of the seabed for 15 years. As of mid-2020, 30 mining groups have signed exploration contracts, including governments, public-private partnerships, international consortiums and private multinational companies.

Two entities hold the most exploration contracts (three each): the government of Korea and the China Ocean Mineral Resources R&D Association, a state-owned company. Since the U.S. is not a member of the Law of the Sea treaty, it cannot apply for contracts. But U.S. companies are investing in the projects of others. For example, the American defense company Lockheed Martin owns U.K. Seabed Resources, which holds two exploration contracts.

Once an exploration contract expires, as several have since 2015, mining companies must broker an exploitation contract with the International Seabed Authority to allow for commercial-scale extraction. The agency is working on rules for mining, which will shape individual contracts.

Deep-sea mining technology is still in development but will probably include vacuuming nodules from the seafloor. Scraping and vacuuming the seafloor can destroy habitats and release plumes of sediment that blanket or choke filter-feeding species on the seafloor and fish swimming in the water column.

Mining also introduces noise, vibration and light pollution in a zone that normally is silent, still and dark. And depending on the type of mining taking place, it could lead to chemical leaks and spills.

Many deep-sea species are unique and found nowhere else. We agree with the scientific community and environmental advocates that it is critically important to analyze the potential effects of seabed mining thoroughly. Studies also should inform decision-makers about how to manage the process.

This is a key moment for the International Seabed Authority. It is currently writing the rules for environmental protection but doesn’t have enough information about the deep ocean and the impacts of mining. Today the agency relies on seabed mining companies to report on and monitor themselves and on academic researchers to provide baseline ecosystem data.

We believe that national governments acting through the International Seabed Authority should require more scientific research and monitoring and better support the agency’s efforts to analyze and act on that information. Such action would make it possible to slow the process down and make better decisions about when, where and how to mine the deep seabed.

The race for deep-sea minerals is imminent. There are compelling arguments for mining the seabed, such as supporting the transition to renewable energy, which some companies assert will be a net gain for the environment. But balancing benefits and impacts will require proactive and thorough study before the industry takes off.

We also believe that the U.S. should ratify the Law of the Sea treaty so that it can help to lead on this issue. The oceans provide humans with food and oxygen and regulate Earth’s climate. Choices being made now could affect them far into the future in ways that aren’t yet understood.

Elizabeth M. De Santo is an associate professor of environmental studies and chair of the environmental studies program  at Franklin & Marshall College. She is a human geographer with training in environmental law, history of international relations, environmental management, and marine zoology. She is particularly interested in the challenges of effectively implementing Marine Protected Areas and biodiversity conservation worldwide.

Elizabeth Mendenhall an assistant professor of marine affairs and political science at the University of Rhode Island. She received her Ph.D. in International Relations from Johns Hopkins University in 2017. Her research portfolio focuses mainly on the progressive development of the United Nations Convention on the Law of the Sea, including work on fisheries, maritime delimitation, the Arctic, nuclear submarines, and deep sea resources.