The Secret Life of Railroads 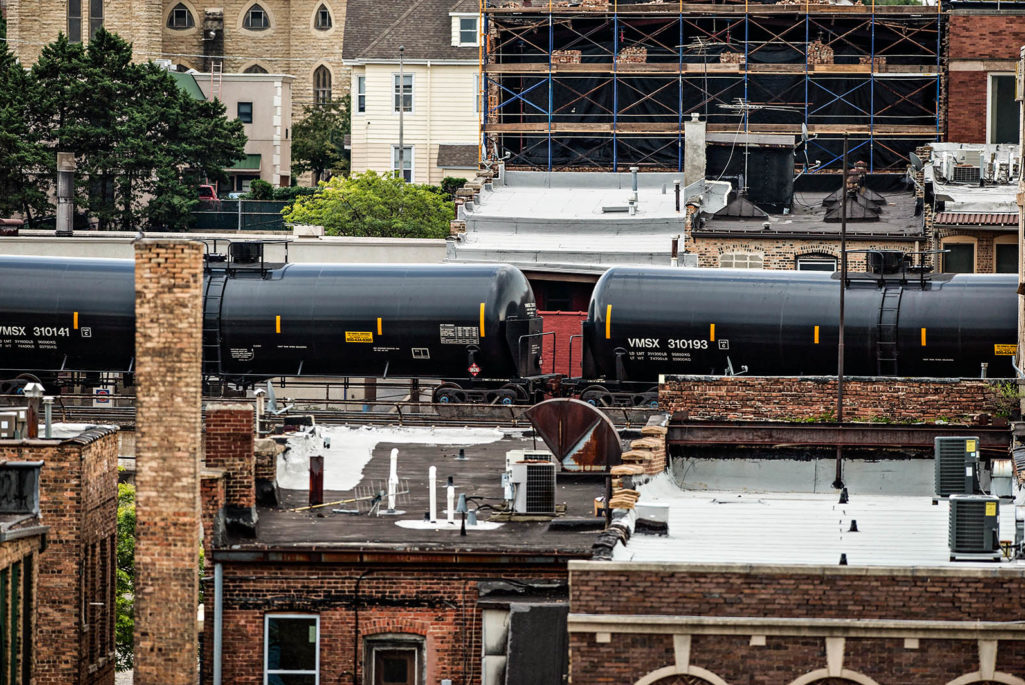 Railroads in the U.S. have quietly become the de facto alternative pipeline for the oil and gas industry, moving as much as 1.5 million barrels of oil a day.

Oil by rail increased from 10,000 carloads in 2008 to 408,000 in 2013; shipments are up 9 percent over last year through the first seven months of 2014, according to the Energy Information Administration. This growth is tied to the recent boom in U.S. oil production and insufficient pipeline capacity.

But the increased rail traffic carries great risk. The worst disaster happened last year when a train derailed in Lac-Mégantic, Quebec, just north of Maine. Forty-seven people died and 30 buildings were destroyed. In the U.S., rail car accidents increased from 8 incidents in 2008 to 119 in 2013; most of these were small, but enough serious accidents have taken place to move federal regulators and the railroad industry to call for improved safety requirements.

In January the National Safety Transportation Board said they were “concerned that major loss of life, property damage and environmental consequences can occur when large volumes of crude oil or other flammable liquids are transported on a single train involved in an accident.”

The NTSB’s concern was underscored in an August GAO report that said despite “generally good safety records, the increased transportation of these flammable hazardous materials creates potential for serious incidents.”

The Department of Transportation has a rulemaking in progress to address many of these safety concerns including:

Bart Édes Distinguished Fellow at Asia Pacific Foundation of Canada
URL: https://www.brinknews.com/the-secret-life-of-railroads/
Get ahead in a rapidly changing world. Sign up for our daily newsletter. Subscribe
​​