Time for a Global Discussion on Climate Geoengineering 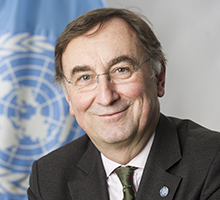 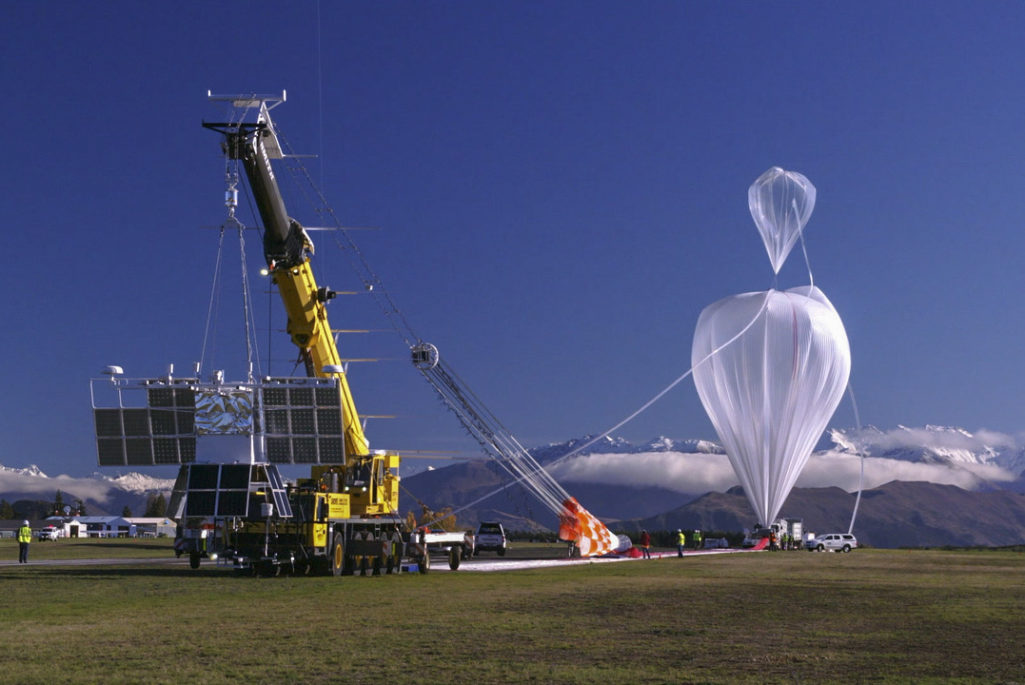 Harvard researchers will use a similar balloon to reach the stratosphere for their solar geoengineering experiment.

Imagine a scenario where, after insufficient action by world governments, global temperatures have continued to rise; impacts of climate change have become substantial and frequent; and the world heads to a warming of 3-4 degrees Celsius above preindustrial levels. As a result, a handful of small countries, or a group of large coastal cities whose survival is threatened with sea level rise, in alliance with a billionaire philanthropist, decide unilaterally to save the world by spraying chemicals into the stratosphere to begin cooling the Earth.

But global governance was not ready. Some countries—those content with the short-term warming of the planet—decided to do the opposite: release more heat trapping gases. The result: a geoengineering war breaks out.

What ensues is an unprecedented process of geopolitical and environmental changes, spiraling out of control with dramatic consequences across the globe. Such a future is not about to happen, but it is plausible.

Why Talk About Geoengineering and Why Now?

The only way to avoid this imaginary scenario would be to implement the Paris Agreement on climate change, and go beyond. But achieving the ambitious goals of the Paris Agreement to keep temperature rise between 1.5-2 degrees Celsius above preindustrial levels would require rates of mitigation far in excess of what has been achieved to date.

A growing number of scientists and some policymakers believe that actions beyond mitigation may be necessary. For many, the question is no longer whether the world can keep the temperature rise below the Paris target, but rather by how much will the world miss the target and for how long?

What is Climate Geoengineering?

Climate geoengineering is intentional, large-scale human interference in the Earth’s climate system to reduce risk of climate change. There are two types.

Carbon Dioxide Removal (CDR) technologies address the source of anthropogenic climate change by removing carbon from the atmosphere. These technologies are referred to in the scenarios of the Fifth Assessment Report of the Intergovernmental Panel on Climate Change (IPCC) and are considered essential for bringing net emissions down to zero at some point this century. CDR technologies continue to be developed, and some are now in use, but not at the scale that could keep global temperatures below the Paris target range.

The second method is Solar Radiation Management (SRM or solar engineering). These technologies address one of the key symptoms of climate change—warming of the Earth—by reflecting solar radiation away from the Earth and thereby cooling the planet. They have not yet been deployed on a planetary level. Research is actively taking place, however, through computer modeling and laboratory experiments. A few, small-scale outdoor in-situ experiments are in development—plans for one in the coming year have been publicly announced.

CDR techniques could reduce atmospheric concentrations of greenhouse gases, but they come with environmental, social and economic risks.

The technology most often proposed would involve the production of electricity from biomass grown for that purpose, coupled with on-site capture of the carbon dioxide produced. At current and planned levels of mitigation, the land area needed to bring global emissions to net zero could be of the order of twice the size of India. Land devoted to energy crops of that size—wherever it may be—would exacerbate the pressure on global food production and reduce food security. The impacts on biodiversity, as well as water fertilizer and pesticide use would also be substantial.

There are other CDR technologies, but none without risks. Moreover, these technologies are currently insufficiently addressed at the policy level.

Solar engineering is no alternative to the massive emission reductions the world needs to undertake.

Many scientists say that solar engineering could reduce the increase in global temperatures. While this may be true, in no case could one envisage solar engineering as the alternative to the massive emission reductions the world needs to undertake. It would only address the symptom (i.e., increased temperatures) and would not directly impact the concentration of atmospheric greenhouse gases. It could perhaps provide humanity extra time to undertake the necessary decarbonization or reduce the level or the length of the likely overshoot of the Paris Agreement’s target temperature range. Applying solar engineering without reducing the emissions, and eventually the concentration of greenhouses gases, would condemn future generations to continue solar engineering for hundreds of years.

Solar engineering would also impact the entire global atmospheric system. While it should be able to reduce global temperatures, it will not be able to bring back the complex global atmospheric system to its preindustrial state. There would be a small, but significant reduction in the quantity and quality of light reaching the Earth’s surface; there would be changes in global hydrology; and there would be regional impacts on weather and climate that are likely to be higher, the higher one “turns the global thermostat” (i.e., engineers a higher temperature reduction). While—according to computer models—these impacts are likely to be less than the impacts of high climate change futures, they would need to be addressed through appropriate governance mechanisms.

The ethical challenges raised by solar engineering are profound. Like the risks above, the ethical issues also need to be addressed, not in the context of today’s actions on climate change, but rather in the context of future, high climate change scenarios. Solar engineering would change the way in which costs and benefits of climate interventions are distributed spatially (between different regions in the world) and in time (between present and future generations). What makes the ethical analysis all the more difficult is the fact that it does not give easy answers regarding whether or not one should pursue such interventions. Ethical analysis can, however, provide guidance for the way the institutions and the governance systems address the need for solar engineering to be designed and further developed.

For example, who controls the “global thermostat”? How would decisions be made to balance the need to reduce the global temperature with the inequality of regional and local impacts across the globe? How would trans-border and trans-generational ethical issues be addressed? How would the required governance frameworks withstand substantial geopolitical changes over the decades, and possibly centuries, over which they would need to be deployed? How might such techniques be deployed without undermining the will to cut emissions (which will continue to be necessary no matter what)? How would decisions relating to the rate of starting, continuing, and stopping those techniques be governed? This last issue is of particular concern, as suddenly stopping a solar engineering scheme would result in a rapid and probably catastrophic rise in temperatures.

Can we build on existing international treaties and institutions, or do we need to develop new ones?

Most immediately, how should further research on solar engineering be governed—especially given current plans to go beyond the laboratory, and start experiments in situ in the stratosphere?

Moreover, the risks and benefits of geoengineering need to be addressed together, rather than in silos, with the knowledge of each side of all techniques made available in order to successfully manage climate risk, including mitigation and adaptation.

Climate geoengineering has planetary-wide consequences, and hence needs to be discussed by national governments and intergovernmental institutions, including the United Nations. The research community has been addressing many of these issues, but overall, the global policy community and the public have not. It’s time to begin doing so.

It’s time for an honest global policy discussion on geoengineering in the context of managing climate risks.

Janos Pasztor is a senior fellow at the Carnegie Council for Ethics in International Affairs, where he is executive director of the Carnegie Climate Geoengineering Governance Initiative. He has close to four decades of experience working on climate change and related issues. Before his present assignment he was the United Nations assistant secretary-general for Climate Change.

Mark Campanale Founder and Executive Chair of The Carbon Tracker Initiative
URL: https://www.brinknews.com/time-for-a-global-discussion-on-climate-geoengineering/
Get ahead in a rapidly changing world. Sign up for our daily newsletter. Subscribe
​​