TPP-1 and RCEP Are Not Mutually Exclusive—We Need Both 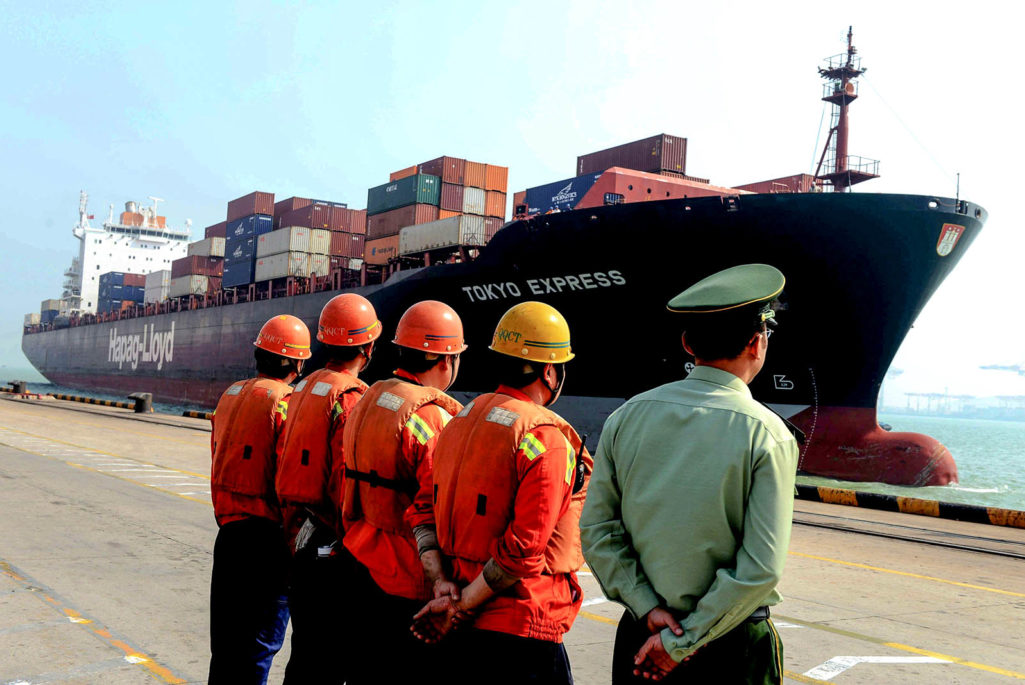 This picture shows port workers waiting for a container ship to berth at the port of Qingdao, northeast China's Shandong province. An important reason for the success in raising living standards in many Asian economies including China has been their openness to trade and investment, as it helps drive competition, efficiency and productivity.

The Trump administration’s decision to withdraw from the proposed Trans-Pacific Partnership (TPP) was no doubt a setback for Asia. But there is reason to feel encouraged: The region is pushing an effort to re-launch the TPP without the U.S. (TPP-1), which would comprise 11 member countries (Australia, Brunei, Canada, Chile, Japan, Malaysia, Mexico, New Zealand, Peru, Singapore and Vietnam).

RCEP and TPP: Either One or Both?

The RCEP is often viewed as an alternative to TPP, but these trade partnerships are not mutually exclusive—both have unique features that would reinforce each other and help stem protectionist pressures in a region that is extremely dependent on trade. If the White House really wants to reduce the large U.S. trade deficit, it will need to focus on Asia—and particularly China—not Mexico. Asia’s sophisticated supply chain means that U.S. protectionism against China would have a major impact on the rest of the region, which supplies China with high-value-added parts and components.

The advantage of TPP is that it is a very comprehensive proposal on free trade. In addition to proposed tariff reductions, it has tough rules on non-tariff trade barriers, such as intellectual property, labor and environment standards, product quality, and government intervention (such as subsidies to state-owned exporters). Negotiations on TPP started at least four years before RCEP was formally launched in 2012, so it’s not surprising that TPP has made more headway in resolving the more complex areas of multilateral trade negotiations, such as trade barriers on agriculture and non-tariff barriers.

The success of TPP should create pressure for higher standards in the RCEP deal, which covers a broader set of Asian countries. The clear advantage of RCEP is market size, as it includes China and India. In 2016, the total population of the 16 RCEP member countries was 3.5 billion, with a combined gross domestic product (GDP) of $23.8 trillion. This dwarfs the TPP-1 member countries’ 500 million population and $10.2 trillion GDP.

Some may argue that without the U.S., RCEP and TPP are not robust enough, given that the U.S. is currently the world’s largest economy. But this is a shortsighted view. Asia’s burgeoning consumer market is expanding much faster than that of the U.S., underpinned by rapidly rising wages in some of the world’s most populous countries—China, India and much of ASEAN—combined with urbanization and technological advancements that are lowering the costs of discretionary items such as smartphones, travel and entertainment.

In China, the breakneck growth in investment and the resulting low share of consumption in GDP may suggest to some that Chinese consumption is subdued. This is simply wrong. According to our calculations, China’s inflation-adjusted real consumption grew by 8.4 percent in 2016 and 10.3 percent year-on-year in Q1 of 2017—more than three times faster than that of the U.S. Of course, the size of U.S. nominal private consumption ($12.3 trillion in 2015) is much larger than in China ($4.2 trillion) and even the whole of Asia ($10.3 trillion), but it is worth bearing in mind that two-thirds of U.S. consumption comprises services, much of which is not imported.

To demonstrate the burgeoning Asian consumer market, it is instructive to compare how the size of nominal consumption in Asia’s top 12 consuming economies and America’s top 12 consuming states has changed between 2007 and 2015 (Exhibit 1). Back in 2007, the state of California consumed almost as much as the whole of China; Texas and New York consumed more than India; while Florida consumed more than South Korea. Fast forward to 2015 and the changes are striking. China now consumes more than twice as much as California; India consumes more than Texas and New York; while the steep trajectories of consumption growth in Indonesia, Malaysia, the Philippines and Vietnam suggest that the size of the ASEAN consumer market will soon be a force in its own right, too.

Note: The latest data from the BEA on the state breakdown of U.S. private consumption is for 2015, and so for comparison we show the Asian data for 2015. Most of the Asia consumption data for 2016 are available (we can provide them on request) and they show a continued rapid expansion. We suspect that in 2016 Indonesia most likely overtook Illinois.

On a Path of its Own

Taking a farsighted view, we believe the message is clear: For Asia to capitalize fully on its burgeoning consumer market, it should see the TPP and RCEP as complementary rather than substitutes for one or the other. Openness to trade and investment has been an important reason for the success in raising living standards in Japan and the newly industrialized economies of Korea, Taiwan, Hong Kong and Singapore, and more recently China, as it helps drive competition, efficiency and productivity.

The successful completion of TPP and RCEP would be a major shot in the arm for the whole Asian region, lifting potential output growth and leaving Asia less economically dependent on the U.S. and other western economies—where there is high policy uncertainty—and more in control of its own destiny.