Tropical Cyclones: How can Asian Countries Weather the Storm? 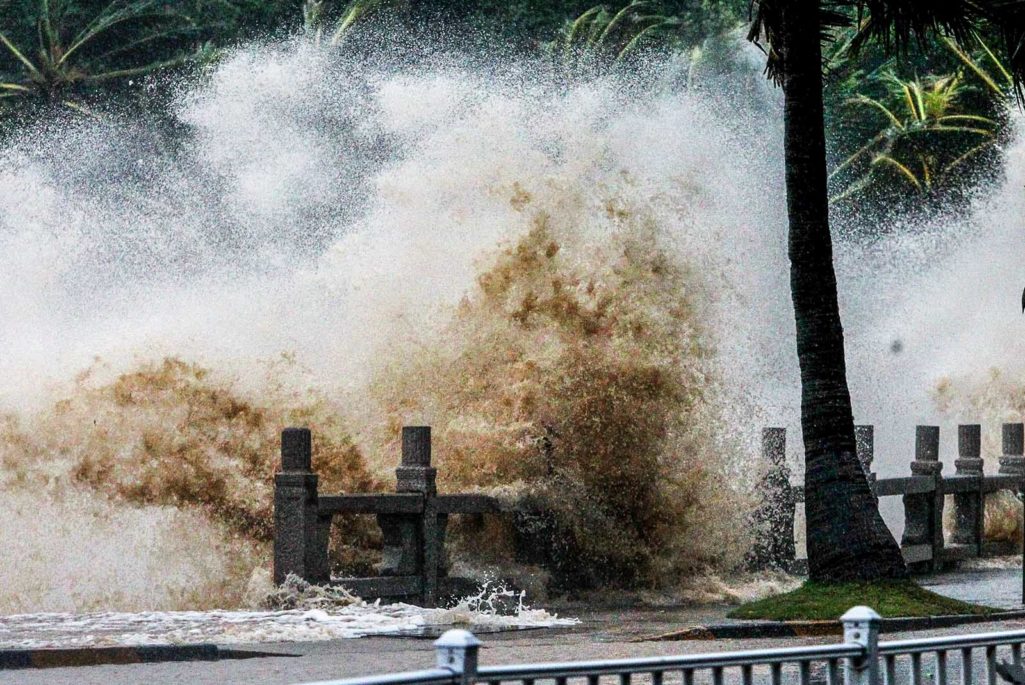 A wave caused by Typhoon Hato surges past the barrier along the seacoast in Zhuhai in China's southern Guangdong province on August 23, 2017. A red alert was issued by National Meteorological Center because of the landfall of Typhoon Hato in Zhuhai after the storm swept through nearby Hong Kong.

In the first part of this interview, Professor Johnny Chan, the chair professor of atmospheric science and dean of the School of Energy and Environment, and director of Guy Carpenter Asia-Pacific Climate Impact Centre (GCACIC) at the School of Energy and Environment, City University of Hong Kong, spoke to BRINK Asia about tropical cyclone forecasts for Asia and how they impact communities and natural ecosystems.

In this second part, BRINK Asia speaks to Dr. Chan about some of the material implications of tropical cyclones, and he discusses ways in which governments and insurance companies can be better prepared to handle these extreme climate events.

BRINK Asia: What are some of the implications of tropical storms that often go unnoticed?

Dr. Chan: Business interruption is a direct result of flooding. For instance, the downing of power lines is very crucial as businesses can be interrupted because of the lack of power. This could affect stock markets, data centers and even public infrastructure such as trains not running, or subway stations flooding, roads being flooded. Therefore, it is not just flooding of industries and businesses, but also problems associated with infrastructure not functioning well that needs to be considered.

In a more regional context, many Asian countries have tall buildings and many lifts. In Hong Kong, for example, one estimate suggested that every minute during office hours there are 40,000 lifts operating. If there is an interruption of electricity, you can imagine how many people will be trapped. The impact will also be felt in many ways that we don’t necessarily think of—take hospitals, for example. As such, flooding and wind damage can lead to a cascading effect. Cities’ water supplies can also be affected as a result of tropical cyclones and the associated flooding. I don’t think these impacts are overlooked per se, but not enough attention has been paid to them.

‘City resilience has become a very important topic that needs to be thought about.’

BRINK Asia: What mitigations can be put in place?

Dr. Chan: So, what can governments or insurance companies do in such a situation? Because flooding (or heavy rain) is going to increase, they will have to redesign drainage systems, and much of the infrastructure such as subway stations, car parks and any other sub-terrain structures. For landslides, they will need to stabilize slopes, but of course you cannot stabilize all the slopes, so surveys need to be made to identify the more vulnerable ones (especially those that have gone through deforestation, logging, and the like). And when it comes to mitigating wind damage, governments need to think about contingencies for power lines. If you have failed power lines, what are the backup systems? As such, monitoring the power supplies are important.

A city also needs to assess how long it will take to recover from snapped power lines caused by strong winds. City resilience has become a very important topic that needs to be thought about, especially with respect to electricity because so much depends on it. Governments need to have a very good network or control system to ensure that even if the power is cut off, some of the systems can still function. Reducing downtime is also critical so that industries can recover sooner.

From an insurance perspective, insurance companies will need to talk to the governments about implementation of all of this to address the potential increase in the problems associated with hazards. These are some of the issues that government and businesses need to work together on. So, you insure the subway system for instance. Now, if you don’t require the subway company to do anything, then there is a higher potential for flooding and the insurance losses could be tremendous. Therefore, the insurance industry needs to think about this possibility and work with the commercial sector to make sure they can implement measures to reduce the possibility, or at least the extent of damage to property and business interruption.

BRINK Asia: How can communities in the region prepare? Are some better prepared than the others?

Dr. Chan: Different cities have different characteristics that one has to think about, so you can’t really say which is best-prepared. Let me give you examples. In Hong Kong, for example, the government is now working on future projections of rainfall, so they are thinking about redesigning the drainage systems, and they are thinking about the design of coastal structures such as sea walls.

In China, they have built-in procedures for evacuation. So, if they know when the storm is coming and identify the low-lying flood-prone areas, then they can have more of a mandatory evacuation. It is because of those procedures that they can reduce the number of fatalities associated with tropical cyclones.

Elsewhere, in Kuala Lumpur, they have a Stormwater Management and Road Tunnel (Smart), which is a good way to store stormwater. Smart is a dual-purpose tunnel, incorporating a double deck motorway within the middle section of a stormwater tunnel. It meets its primary objective by channeling all floodwater and discharging it and also meets its secondary objective of traffic decongestion when not in use for clearing floodwater. That’s a smart example. Hong Kong too has a similar structure. It is not a tunnel, but a tank the size of two football fields [that] is 10 meters underground. The water can be stored there and drained out.

These are just some examples of how cities in this part of the world are addressing the issues related to cyclones and flooding. However, there is no one-size-fits-all solution. Every country/region/city has different priorities and different circumstances. Based on that, solutions will differ. But the time to act and prepare for tropical storms is now, because it is better late than never.

The first part of this interview can be read here.

Professor Johnny Chan is chair professor of Atmospheric Science and Director of Guy Carpenter Asia Pacific Climate Impact Center at the School of Energy and Environment, City University of Hong Kong. He is a fellow of the American Meteorological Society, an honorary fellow of the UK Energy Institute and Chair of the Tropical Cyclone Panel of the Working Group on Tropical Meteorology Research of the United Nations World Meteorological Organization.