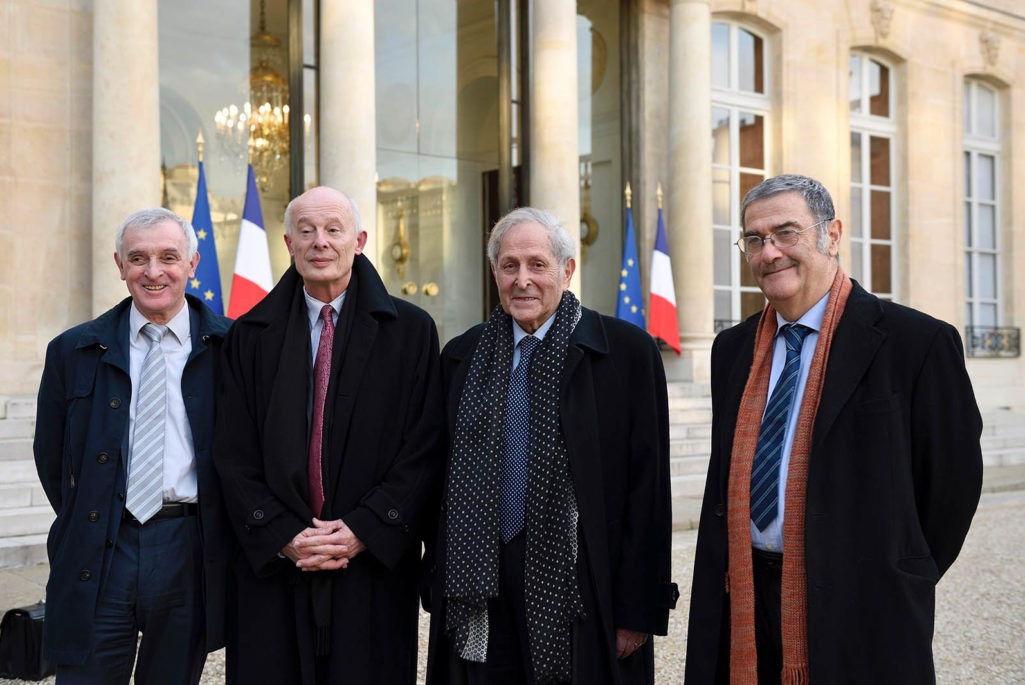 “The Asian countries hold Earth’s future in their hands. If they choose to protect themselves against dangerous climate change, they will help to save the entire planet.” That’s how Hans Joachim Schellnhuber, a leading climate change researcher and founding director of the Potsdam Institute for Climate Impact Research, sees it.

Schellnhuber spoke with ADB about the climate-related challenges facing Asia and the Pacific.

Asian Development Bank: What are the main impacts of climate change foreseen under the business-as-usual scenario?

Maybe it’s most clearly understood in terms of sea level rise. One degree warming means at least 3 to 4 meters’ sea level rise; 2 degrees warming would mean 7 or 8 meters’ rise. This would simply mean that many of the low-lying island states would disappear. Their home would be destroyed. We need to do everything to avoid that.

Schellnhuber: Just a week ago in Asia you had temperatures of 54 degrees centigrade in Pakistan and in Iran. We can calculate that with 5 to 6 degrees global warming you would create uninhabitable zones on this planet. There would be regions, in particular in Asia, where you could not survive in the open without air conditioning physiologically. Temperatures would hit 60 degrees and it simply would mean that you would have no-go areas. Now think of slums, where people do not have air conditioning now. There will be places where you cannot work and you cannot survive.

So it is really about, “Can you survive under climate change?” And the answer is, “No”— at least in certain regions in Asia.

Schellnhuber: What we are really worried about is migration and conflict. In the end, all these knock-on effects will heavily impact on national security and international migration. It might mean that hundreds of millions of people will be displaced because of global warming; and you have to accommodate them.

We in Europe just had this experience. In Germany in particular, we have taken up a million refugees. Believe me, this is very hard to digest. Now, we are talking about a million being absorbed by one of the richest countries in the world. Think of hundreds of millions of people being absorbed by poor people, by poorer countries.

If people are displaced in Bangladesh they will generally go to West Bengal in India, for example. If Tuvalu gets inundated, people will hop to the next island. They will not buy a business class ticket and go to Los Angeles.

Digesting, absorbing major migration waves is a challenge I think most of the current nations will not be able to meet. So let’s avoid it.

ADB: What are the implications for business and the regional economy?

Schellnhuber: We often make this joke that the first law of capitalism is, “Don’t kill your customers!” If you kill your customers, you cannot do business. But in a more sober way you can look at the various sectors, agriculture, fisheries, and so on.

For fisheries, climate change comes with ocean acidification. Half of the CO2that we put into the air by burning fossil fuels is absorbed by the oceans. If this isn’t stopped, under a business-as-usual scenario oceans will get so acidic that the coral reefs will dissolve virtually.

Now one-third of marine productivity—including the top predators, fish—is created in the corals. So, the marine business will just be destroyed. The same is true for tourism: If you have no corals you will have no people going to the coral reefs. The Great Barrier Reef, for example, is at stake as well as the Coral Triangle.

We did a study, and this is in the report, of how global supply chains will be disrupted or even interrupted by extreme events. When there were the big floods in Thailand, for example, a sort of wave was created all over the planet. First the computer industry in Japan was hit, and ultimately in the U.S. and so on. You have knock-on effects, cascades of impacts. To put it in one sentence: Climate change is really bad for business.

ADB: How should governments, business, and citizens respond?

Schellnhuber: First, you have to recognize the problem. Our report is a wake-up call. If you read it you get scared. But you need to be scared because the future would be very bleak if we just do business-as-usual. Once you know there is a big problem, then you have to assess how the various nations and regions will be affected.

First, try to provide the evidence and based on that you can do good projects. But you have to do it within a strategic framework. I would urge ADB to first come up with a differentiated assessment of the situation and then go in and implement best practice and act on the best proposals.

ADB: Do you see any silver lining?

Schellnhuber: People feel there is a trade-off between development and climate protection, but that’s not true. As our report makes clear, if you do not stabilize the climate you will actually destroy the good prospects for development. And if you take climate action in a clever way you will create new opportunities for doing business.

I will give you just one example: The modern society was based on the use of fossil fuels. The industrial revolution started 200 years ago in England and Scotland. This was based on using, in a clever way, coal and later gas and oil. But now this model has come to an end.

This may just push us into adopting a new model for growth. Solar energy is abundant in Asia, for example. It is free. The sun is shining without any charge. I think the climate issue is giving us the right push to go into a new industrial model and that will be built on renewables, recycling, a circular economy, and the better use of resources.

In a way, it’s an eye-opener. Because we almost destroyed our civilization through the externality of climate change, we wake up and say, “Oh, there is an even better model of doing sustainable business.”

I think we will have another industrial revolution, even a bigger one. And it will be the most important modernization project in the 21st century. The opportunity is there. Let’s do new business, better business involving more people, and as a nice side effect we will save the planet.

This interview first appeared on the Asian Development Bank’s website.

Hans Joachim Schellnhuber is the founding director of the Potsdam Institute for Climate Impact Research, established in 1992. He is professor for Theoretical Physics at the University of Potsdam, senior research fellow at the Stockholm Resilience Centre, and member of the German Advisory Council on Global Change. He has authored, co-authored or edited almost 350 articles and more than 60 books in the fields of condensed matter physics, complex systems dynamics, climate change research, Earth System analysis and sustainability science.

Natalie Stewart Senior Associate at Duane Morris
URL: https://www.brinknews.com/wake-up-call-asia-pacific-needs-to-act-now-on-climate-change/
Get ahead in a rapidly changing world. Sign up for our daily newsletter. Subscribe
​​