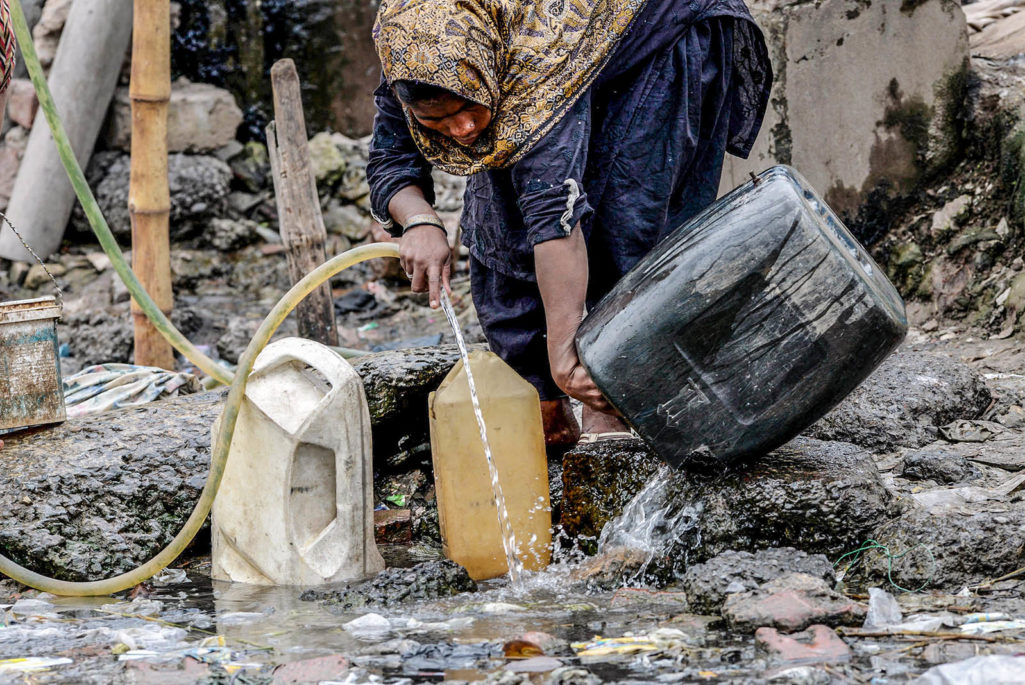 A Pakistani woman fills jerry cans with water in Lahore. More than 2.5 billion people are in need of decent sanitation and nearly one in 10 has yet to gain access to "improved" drinking water, as defined under the UN's 2015 development goals.

Billions across the globe still don’t have access to safe water in reliable and sufficient quantities, according a recent United Nations report.

The report emphasizes key areas of concern including inadequate water, sanitation and hygiene policies—knows as WASH policies—that contribute to the risk of spreading communicable disease in households and communities, as well as schools and health care centers. These poor WASH conditions—particularly in health care facilities—are a major contributing factor to the spread of Ebola in West Africa, the report says.

Despite this dire outlook, improvements have been made:

Other key challenges noted in the report include:

Critical gaps in monitoring: Reliable information is vital to identify gaps in access and to inform policy. Though many countries have WASH monitoring frameworks in place, most report inconsistent gathering of data and poor capacity for analysis.

Insufficient funding: Though international aid for the WASH sector has increased, national funding needs continue to outweigh available resources. Most countries report that current funding levels are insufficient to meet their targets for drinking-water and sanitation.

Of the 94 countries covered in the report, more than 80 percent have policies in place to address the water and sanitation crisis. But most of these report only partial implementation of the plans.

Gunes Ergun Engagement Manager for Marsh Climate & Sustainability Strategy Sarika Goel Global Head of Sustainable Investment Research at Mercer Cornelia Neumann Partner for Finance and Risk at Oliver Wyman Simon Dikau Research Fellow at the Grantham Research Institute on Climate Change and the Environment at London School of Economics
URL: https://www.brinknews.com/water-sanitation-and-hygiene-policies-lack-global-implementation/
Get ahead in a rapidly changing world. Sign up for our daily newsletter. Subscribe
​​