When Will We See a ‘Tesla of the Skies’? 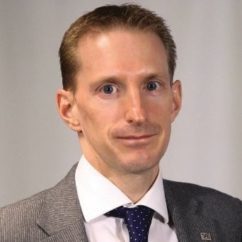 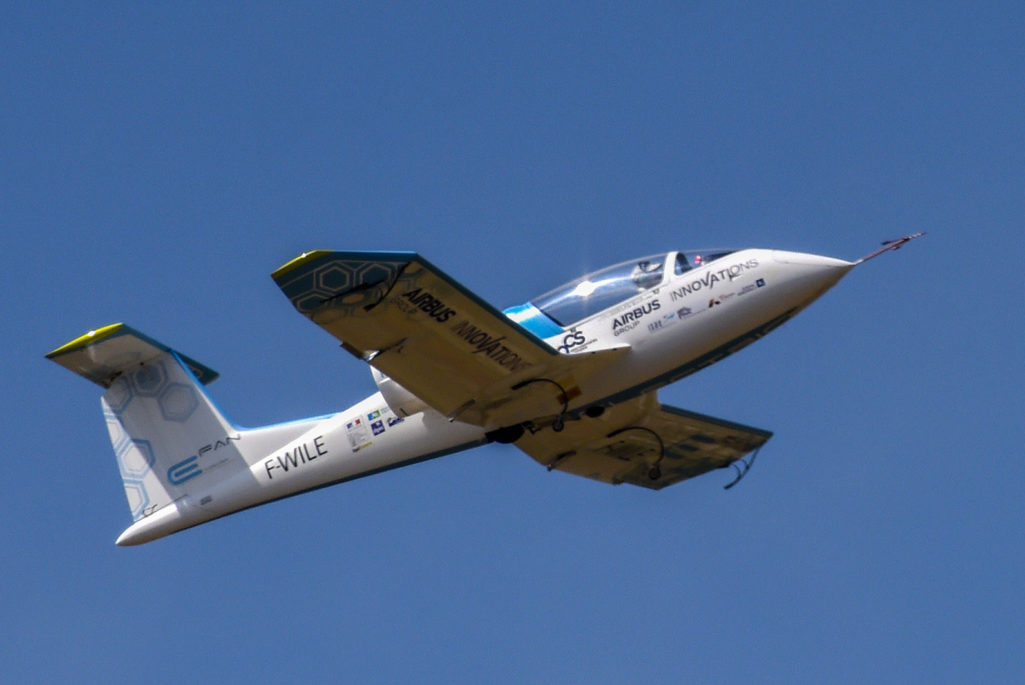 Airbus electric aircraft, the Efan 1 performs during the International Paris Airshow at Le Bourget on June 17, 2015.

Recently, Boeing and JetBlue Technology Ventures announced their funding for an electric regional aircraft made by aviation startup Zunum. Judging by the reactions from the media and the public, there’s considerable appetite for a “Tesla of the skies”: an all-electric jumbo jet, equivalent to today’s Boeing Dreamliner or Airbus A380, that will shuttle you comfortably from Paris to New York.

But it might take a while to get there. Here’s a look at the roadmap of aircraft manufacturers and the obstacles standing between us and a true electric jumbo jet.

Get Used to Hearing ‘More Electric’

Today, the focus for large jet manufacturers is not simply on building electric aircraft, but on developing “more electric” aircraft. Manufacturers are trying to move as many supporting systems as possible to electric power.

This includes cabin pressurization, air conditioning and de-icing, which in conventional aircraft relies on “bleed air” (hot air that is a byproduct of the engines). In newer aircraft, all of these functions are powered by electricity.

Then there’s taxiing. Today’s aircraft use their main engines to move around on the tarmac. Especially for small, short-haul airplanes, this is incredibly wasteful. A typical small, short-haul airplane making 8 to 10 flights per day spends a whopping 2.3 hours of that day taxiing. By adding electric motors to the wheels of the airplane for taxiing, airlines can save about 4 percent in fuel burn on their ground operations.

Lastly, there are the pneumatic and hydraulic systems on an airplane, such as the flight controls, brakes and landing gear. These systems are responsible for a lot of the “weird noises” you hear during a flight, but they’re also maintenance intensive because they are leak prone.

Through a combination of all these more electric optimizations, large passenger jets can achieve fuel savings of up to 3 percent, while still relying on traditional fuel engines for propulsion. This might not sound like a big deal compared to what’s happening in the automotive world, but please bear in mind that you can’t compare flying with automotive—if only because a car doesn’t need to stay in the air.

So while that 3 percent is significant, at some point we’ll run out of things to optimize, and we’ll need to start designing a completely new aircraft that is hybrid or fully electric.

The first thing you’ll notice about these aircraft is that they will look dramatically different from today’s aircraft.

Put very simply, aircraft today have jet fuel engines attached to the wings. You can take these engines off the wings and replace them with newer, more efficient engines, as Boeing and Airbus recently did on narrow-body (or single aisle, smaller) aircraft. These new engines are 15 percent more efficient, but on a systems level, the change doesn’t matter. The engine is in the same place, it looks the same and it uses the same fuel. In aircraft systems engineering, this is called a change that is completely “transparent.”

Electric aircraft will be an entirely different beast. Instead of one or two engines attached to the wings, hybrid and electric propulsion may require a row of engines across the wings of the airplane.

That, in turn, will require a complete redesign of the airplane. It’s not a matter of simply packing a lot of batteries somewhere in the airplane and running cables to the engines. Hybrid and electric propulsion will have to be completely integrated with the airframe, the energy storage, and the energy production on board the airplane.

In small aircraft, there’s already considerable R&D being funneled into this. We’ve recently witnessed test flights for single- or two-seater aircraft—such as the Lilium (2017) and the Airbus E-Fan (2014). From a longer-term perspective, there are several examples of ambitious projects underway for regional jets like the Zunum.

If you’re wondering when you will actually be able to board these airplanes, the CEO of Airbus, Tom Enders, reckons the industry will be capable of building hybrid electric aircraft for up to 100 passengers somewhere by 2030—at least for short, local trips.

Working from that 2030 date, let’s give it another ten years before they are in wide use. That means that in an optimistic scenario, somewhere by 2040 or 2045, we’ll see fleets of smaller hybrid and electric jets zipping through the skies for short- and medium-range flights.

At that point, the next question becomes: Can we also create a wide-body aircraft that is fully electric and gets us across the Atlantic, say, as quickly and comfortably as a modern jumbo jet?

This will be an order of magnitude more complicated.

To give you an idea of the challenges we’re facing: The Airbus E-Fan, a two-seater that made its first public appearance in 2014, has two 60-kilowatt electric motors. A Boeing 747, seating some 400 to 600 passengers, needs an estimated 90 megawatts for takeoff. That’s 90,000 kilowatts, or 1,500 times as much power as the E-Fan.

Unfortunately, the shopping list doesn’t end at “better batteries.” To realize the dream of a fully electric wide-body aircraft, we also need to develop high efficiency, huge power electric motors that are able to produce jet-like propulsion and the cooling technologies to go with them. Also, throw in some high power density electronics and some yet-to-be-developed ultra-light materials capable of handling extremely high temperatures.

Lastly, a factor that is sometimes underestimated: it must make economic sense to invest in a completely new paradigm for air travel. Low oil prices are not helping. The electric taxiing system that we discussed is currently on hold, despite wide industry support. The reason: Oil prices are so low that it doesn’t make sense to develop it further (for now).

Looking at it from a linear perspective, it’s not possible to state today that it’s definitely possible to build a fully electric, long-range passenger (super) jumbo jet, let alone to propose a timing for its commercial rollout.

However, that’s not to say that you won’t see it in your lifetime. The aviation industry has a proud history of achieving technology breakthroughs that were deemed decades away at best and impossible to achieve at worst. The track record says: Don’t bet against aviation engineers.

This piece first appeared on The Agenda blog of the World Economic Forum.

Mark Campanale Founder and Executive Chair of The Carbon Tracker Initiative
URL: https://www.brinknews.com/when-will-we-see-a-tesla-of-the-skies/
Get ahead in a rapidly changing world. Sign up for our daily newsletter. Subscribe
​​