Why the Sustainable Development Goals Matter for Business 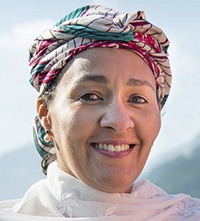 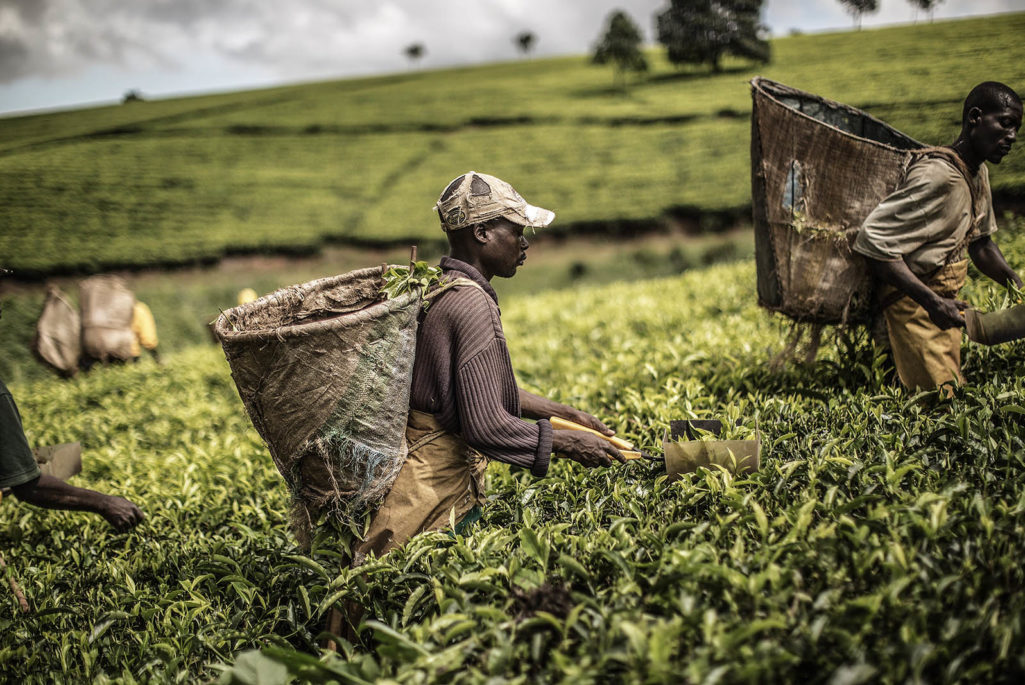 Malawian pluckers work their way through a field in Thyolo, southern Malawi. The Sustainable Development Goals call not for merely to cut poverty in half, but to "end poverty in all its forms everywhere."

(Editor’s Note: This is an interview with UN Special Advisor Amina J. Mohammed by Joel Makower, chairman and executive editor of GreenBiz Group, where this piece first appeared.)

Starting today, the member countries of the United Nations will meet to formally adopt the Sustainable Development Goals, a set of targets relating to future international development. The SDGs, as they are called, replace the Millennium Development Goals, a set of eight targets passed by the UN in 2000, such as halving extreme poverty and hunger, promoting gender equality and reducing child mortality by the end of 2015. The SDGs, which include 17 targets goals, will commit countries to the next 15 years of action on sustainable development.

The results of the MDGs were uneven. The 189 signatories did succeed in halving the extreme poverty rate, but success on the others were spotty, to say the least.

The SDGs are even more ambitious. For example, they call not for merely to cut poverty in half, but to “end poverty in all its forms everywhere.” They also call to end hunger, achieve gender equality, reduce inequality, ensure sustainable consumption and halt biodiversity loss. Clearly, this is no small vision.

In the run-up to the formal enactment of the SDGs, Joel Makower, chairman and executive editor of the GreenBiz Group, spoke with Amina J. Mohammed, the Nigerian-born Special Adviser to Secretary General Ban Ki-moon on Post-2015 Development Planning—that is, the UN’s point person on developing and enacting the SDGs. Among other things, we discussed her perspective on the private sector—the role of the business community in ensuring the success of the SDGs over the next decade and a half. The conversation has been edited for clarity and length.

Joel Makower: How would you rate the effectiveness of the Millennium Development Goals now that we’re nearing the end of that?

Amina Mohammed: At the end of the day, they were a really successful mechanism for bringing the world together on a set of issues that for the first time we spoke of as an integrated whole. We’ve had decades of programs—health for all by 2000, education for all by 2000—but they didn’t work as well as we thought they would. Bringing them all together as the minimum ask on development was a really good way to see them addressed within countries’ plans and budgets.

There’s certainly been progress, when you look at the goals and targets. We see lots of progress made on maternal health and child health, certainly mainstreaming gender, but there is still much more to do. Today, we speak of the health goals in terms of HIV/AIDs, malaria and TB, with some really good progress made because we were able to find a way to partner with business, drive prices of vaccines down, and really get this more accessible to people in need.

So all in all, I would give it a glass half full, and the other half are lessons learned from not having had a more inclusive approach to it, and not having addressed much more fundamental issues that are needed to reinforce things like health systems, quality education service delivery and eradicating poverty.

The UN has created an opportunity and ecosystem for us to think beyond the silos and beyond the usual partnerships.

Makower: What did you learn about working with the private sector?

Mohammed: It’s a really a hard job. First, we learned that we all spoke different languages. Coming from the UN and from countries, the interests were clearly different, although in some cases, we were pulling in the same direction, we didn’t even know it.

Makower: What where some of the lessons learned?

Mohammed: The first was, how do we communicate? How do we see the interests as one, and address the concerns of profit? We also found that there was such diversity within business. This related to many more issues than just perhaps vaccines and drugs for HIV and AIDS, to really looking at business and their value chains. It means being able to supply of these commodities to people in very, very far places. So, for instance, Coca-Cola was brilliant when it came to the distribution of drugs for women and children in Nigeria.

Makower: Now that they’re about to be enacted, what will your role in the SDGs be going forward?

Mohammed: My mandate was to be the lead on helping to shape this agenda among supporting member states, and that comes to an end when we gavel this in September. I’ll go back home to Nigeria. My intention for the next 15 years is to be an integral part of helping our country and the rest of Africa to achieve the Sustainable Development Goals.

Makower: What do you want to see from the business community going forward in terms of being proactive, being engaged, being authentic and ultimately being impactful?

Mohammed: We already have seen that—the engagement that we’ve had so far in helping to shape this agenda, both from the financing for development and the goals themselves. We’ve had engagement that has surprised us, that has gone further than we expected beyond the conversation on corporate social responsibility to really looking at companies’ business models. That has been very useful with Unilever, IKEA and Volvo; so many companies have come to the table on this. I’d like to think that we could scale that up and that businesses at the multinational level would begin to have this conversation with local businesses so that you are really talking about the whole community of business and the private sector.

That’s on the side of business that speaks to transforming economies, industrialization and manufacturing. There is the other side of the private sector, which is about insurance, about bringing instruments in to help us on service delivery—for instance, on health and some of the social-protection floors.

Makower: I couldn’t help but notice that the companies you mentioned—Unilever, IKEA, Volvo—are all European. What are you experiencing with U.S. companies?

Mohammed: U.S. companies are on board with the Global Compact, and we’ve had some interesting responses to the UN’s Sustainable Energy for All program. Companies in Africa, in Southeast Asia, and in the United States still have a way to go. I think this is just the beginning of the conversation. We need to get commitments for the next two-year transition of what this means to move from the MDGs and embrace the sustainable development agenda. It’s not been a deep enough conversation. It’s been at the very beginning of it.

Makower: Tell me a little bit more about how that conversation would take place. I’m guessing that a lot of people reading this who have sustainability leadership positions in companies are saying, “Okay, this sounds like something we should engage in. How should a company approach this?”

Mohammed: We’re going to be making much more of an effort now at the country level with the UN country teams to look at the different stakeholders that we will be helping to convene. That’s what we’ll be doing: helping to facilitate countries to achieve their policy frameworks and the plans they have over the next 20 or 30 years. We hope they use the SDG framework to raise the ambition and bring the partnerships together for a sustainable development pathway.

I see the 17 goals themselves as a pipeline of opportunities for investment. So if we’re talking about cities, what will go into that, and what sort of businesses will be the mainstay of it, and how can we begin to broker a conversation with those stakeholders, government and the finance community?

Makower: I’m still not sure I got an answer. Who should a company contact to say, “We want to understand how we can play a role. We have a specific idea we’d like to put forward.” Or is it too early?

Mohammed: It’s already happening. These conversations and companies are already contacting the Global Compact. They’re contacting the International Chamber of Commerce and the World Business Council for Sustainable Development. There already are these networks in place, and they’re working very hard at brokering these partnerships. What we need to see is how they will scale up and be much more effective on the ground.

Makower: So when we talk again in 2020 about this, what’s the story you want to be able to tell about what’s happened, and particularly how the business world engaged with the SDGs?

Mohammed: The story I’d like to tell is that we considered the environment as a whole. The government’s role on Goal 16, which looks at institutions and the rule of law, is strengthened so that the enabling environments for companies to grow and to make those investments without so much concern is also strengthened. The instruments that we need to provide for longer-term investments—such as credit guarantees in place for multilateral development banks that are talking about moving from billions of dollars to trillions—what does that mean for the instruments that they must make available to business? Those should be very clear and in support of domestic resources because that’s where the money really is.

I would really like to see small business be something that is scaled up, with young entrepreneurs being able to get into that whole value chain, whether it’s agriculture or renewables or infrastructure. I would like to see many more companies scaled up and start to see our economies transforming.

Makower: This feels like a critical moment for business in sustainable development.

Mohammed: It’s an exciting time right now. Everybody is really engaging with this. The UN has created an opportunity and ecosystem for us to think beyond the silos and beyond the usual partnerships. People thought it was impossible for us to even bring the conversation of environment and poverty to 193 countries. Three years later, we gaveled 17 goals. So you know, for heads of state to adopt that, it’s a major achievement. I think we should be very happy with what the world has managed to do when things are pretty miserable out there.

Cliff Majersik Senior Advisor to the Institute for Market Transformation
URL: https://www.brinknews.com/why-the-sustainable-development-goals-matter-for-business/
Get ahead in a rapidly changing world. Sign up for our daily newsletter. Subscribe
​​