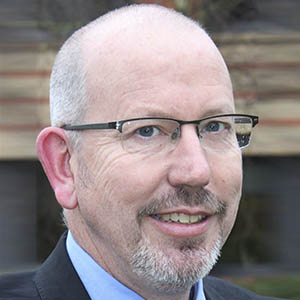 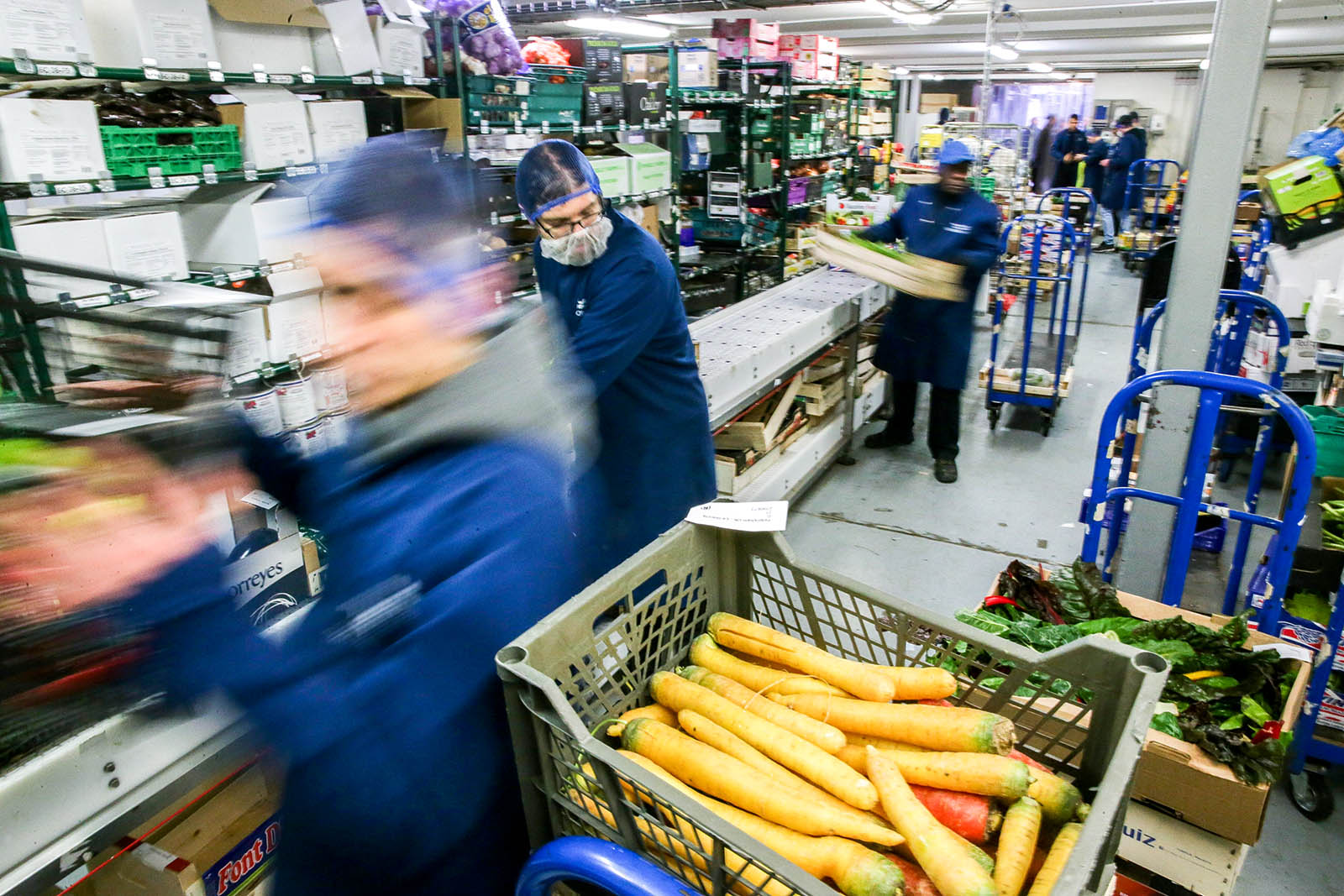 Workers prepare boxes of fresh fruit and vegetables ahead of distribution from a warehouse in south London. Brexit could be an opportunity to shift the transformative dial toward making our food system more equitable.

Barely a day goes past without an academic report highlighting that, on a global scale, our food system is unsustainable. There is the health perspective, where poor diets underpin the epidemic of obesity and associated noncommunicable diseases, and the planetary health perspective—concerning climate change, biogeochemical cycles, or biodiversity. The food system encompasses the actors and activities in the production, transport, manufacturing, retailing, consumption, and waste of food, as well as their impacts on nutrition, health and well-being, and the environment.

The Carbon Price of Food

Thus, whether you look at our food system through a local or global lens, we know we need a real transformation to deliver profits for the actors—and, perhaps more importantly—for reducing the costs levied on people and the planet. We need a food system that sustainably provides healthy diets.

Against this background of recognizing we need to change comes Brexit. In theory, whether one is for or against Brexit, the process is, at least, an opportunity to make things better.

“Business as usual” is incredibly resilient to change, due to invested capital and infrastructure, path-dependency and incumbent power; so a radical shake-up, such as offered by Brexit, could be a positive opportunity to shift the transformative dial toward making our food system more equitable, more sustainable and more health-promoting.

To seize such an opportunity requires aligning agricultural and trade policy with health and environmental policy so that food is both nutritious and sustainably produced. Furthermore, making food “better” and internalizing the externalized costs implies the potential for shifts in food prices; in turn this suggests that social policy, to support the poor in accessing healthy diets, needs to be integral to the discussions.

The process of Brexit has singularly failed to grasp the opportunities in two dimensions.

The Risks of the Cliff Edge

Firstly, not ruling out the possibility of a “cliff-edge Brexit” in March, reverting to WTO rules, risks a perturbation of such significance that there is a real potential for harm—for effectively everyone alike. For the last decades, we have evolved a “just-in-time” food system, where food, especially fresh, perishable food, comes into the country at the rate it gets sold. Eighty percent of our fruit and vegetables is imported, and 65 percent of it comes from the EU, mostly through the East Coast ports.

At the port of Dover, an EU truck takes two minutes to clear, and a non-EU truck takes 20. If, on Brexit day, all trucks from the EU go from two to 20 minutes, this implies that the rate of imports, and thus the rate of sale of fresh produce, would drop to 10 percent of current demand. This is something people will notice.

At the same time, time is money, and irrespective of any changes in tariffs, any delay creates extra costs, as does any additional bureaucracy. And just as availability is likely to decline, prices are likely to rapidly increase. This will impact significantly, especially in the short term, the quality of diets for many.

Aside from the short-term impact, the second way that government has failed to grasp the opportunity is in failing to align policy to deliver better outcomes.

When we design the post-Brexit food system, we must integrate people’s values and environmental concerns with agricultural, food and trade policies.

There is little recognition that the food available in the UK, its price and quality, arises from a combination of UK agricultural policy with trade and regulatory policy (what food comes from where and with what attributes?), as well as general economic performance (which affects exchange rates and trade). Trade and agricultural policy so deeply affect each other that they shouldn’t be designed in isolation if we want an effective food system.

Focusing on growing yields has created a food system underpinned by cheap calories coming from a handful of crops worldwide, so cheaper food is calorie-rich, but typically nutrient-poor. So driving down food price can drive up obesity and levy costs on the health service that far exceed the economic value of agriculture.

Additionally, in a global competition for market share, making food cheaper by levying costs onto the environment gets rewarded. If, as has been highlighted by some politicians, cheaper food is an important “Brexit dividend,” it is not likely to lead to positive outcomes for society. Rather, it is potentially likely to create significant social and environmental costs.

Reflecting Our Values in Our Food

The policy debate about post-Brexit food systems also fails to grapple with the fact that people have a wide range of values associated with food, and they are not simply encompassed by price at point of sale, or even price, safety and quality. Consumers may care deeply about fair trade, or Amazonian deforestation to make cheap cattle food, or Indonesian deforestation to flood the market with more and cheaper palm oil; equally, they may care about the look of the UK countryside and be concerned that butterflies and bees are getting rarer by the day.

Many, especially younger people, are increasingly aware of food production being a driver of climate change. Because our food system lacks transparency, it is difficult for consumers to reflect these values in their food purchases, which leads to an overwhelming complacency that people don’t seem to care. But it is difficult for people to express their concerns at point of sale.

These issues call for a coherent, inclusive, strategic approach to designing our post-Brexit food system—integrating people’s values, health issues, and environmental issues with agricultural, food and trade policies. In other words, we need a cross-government food policy recognizing the multiple facets of our food system.

And we need a policy that integrates from the short term—and the inevitable perturbation created by initial Brexit—the medium term—as we negotiate new deals and design and implement new policies—and the long term, where a systemic transformation is needed.

As the Swedish school-girl Greta Thunberg said at COP 24, “We cannot solve a crisis without treating it as a crisis … if solutions within the system are so impossible to find … we should change the system itself.”

In a world that is complex, interconnected and globalized, many policy areas connect and interact across traditional silos, and yet, still, siloed policymaking remains a norm. In the past, this may have been less important, but as we rapidly approach key planetary boundaries—like climate change—we need to start developing effective, interconnected policy; otherwise we all suffer.

Brexit has highlighted the inability of current governance to deal with complex issues and shows the policy paralysis when faced with real-world complexity. People and decision-makers cannot agree because we have not developed, or do not acknowledge, a common framing or common body of evidence, which is necessary to see the whole picture.

We do not look at the host of direct and indirect impacts and weigh the costs and benefits for today and the future. Surely we can do better.

Dean of Strategic Research Initiatives at the University of Leeds

Tim Benton is dean of strategic research initiatives at the University of Leeds and distinguished visiting fellow at Chatham House, UK. He is an author of the Chatham House Report (2019) Food Politics and Policies in Post-Brexit Britain.

Sheryl Hendriks Professor at University of Pretoria
URL: https://www.brinknews.com/will-brexit-spawn-a-food-system-crisis-or-spur-a-positive-transformation/
Get ahead in a rapidly changing world. Sign up for our daily newsletter. Subscribe
​​