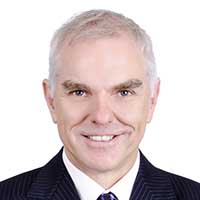 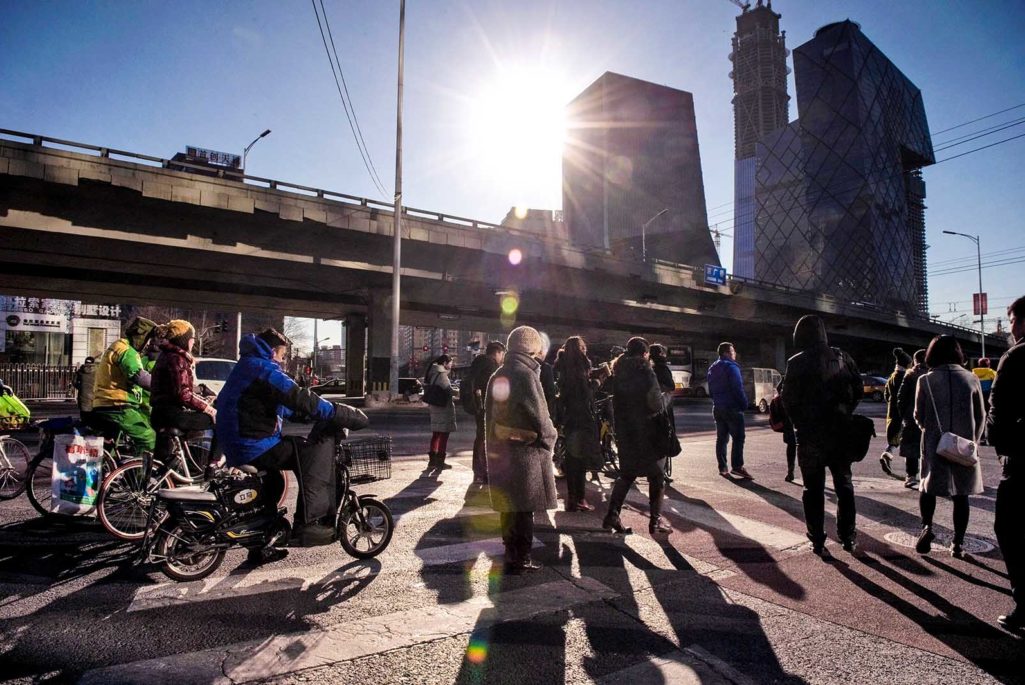 People wait at a crossroad as they commute in the financial district in Beijing. China's exports soared a forecast-beating 7.9 percent in January 2017, a positive sign for the worlds second largest economy and largest trading power.

As we ended 2016, there were at last some signs of reflation in the global economy and surge in global trade, recent anti-globalization rhetoric notwithstanding. These reflationary signs, while welcome, will raise monetary policy challenges, with policy becoming less supportive for economic activity and financial markets. The impact of the new U.S. administration’s decisions, such as withdrawal from the Trans-Pacific Partnership, will add another layer of uncertainty, with markets focusing on the degree of fiscal stimulus and continued quantitative easing in countries such as Japan.

After three years of relatively stable equity markets, 2017 offers the prospect of more material moves in both directions, although we remain optimistic on emerging markets equities. Profit growth should start to increase for the first time in several years, while valuations on both the equity and foreign exchange side for most listed companies in emerging markets are favorable. Government bond yields in all the developed markets, on the other hand, have reduced sharply over the last three years. Slow but certain increase in interest rates is expected, and the impact on currency and bond markets remains to be seen.

We believe that global growth will pick up modestly in 2017, led by emerging markets in Asia and elsewhere. However, economic growth is unlikely to be strong, with productivity growth remaining soft by historical standards. Even though the fundamentals for emerging market equities are positive, the risk of trade tension with the U.S. is becoming more real by the day.

With the stability of the eurozone coming under pressure, and the impending elections in France and Germany adding to the uncertainty brought about by Brexit, currency fluctuations will have to be managed. While the Trump administration is likely to renegotiate many trade agreements with countries across Asia, we expect them to stop short of triggering a trade war as that would ultimately hurt U.S. interests. A sharp rise in the dollar, however, can really hurt the emerging markets, should that occur.

The outlook for emerging market debt (EMD) is closely tied to the outlook for U.S. government bonds and whether the new administration imposes material tariffs or trade restrictions on countries such as China and Mexico.

While it is positive to see China taking a more proactive trade outreach with the Asia Infrastructure Investment Bank in the region, demographic pressures and automation mean that the historic GDP growth expectations are not sustainable for China—or for the other countries in the region. We expect fiscal support in China will remain sufficient to underpin growth of just over 6 percent.

In China, while consumer price inflation has been largely stable over the recent quarters, producer price inflation (PPI) has stopped declining after a long period of deflation. This means that China is exporting less or no deflation to the rest of the world.

In 2017, we expect inflation—stripping out food and energy prices—to be much more stable, at just above 2 percent in the U.S. and the UK, but still well below 2 percent in the eurozone and Japan.

Alternatives were relatively disappointing over 2016, coupled with governance challenges around hedge funds’ investments. However, uncertainty in terms of trade, currency and central bank policies should create opportunities for macro-oriented investment strategies in the emerging markets. Additionally, we find asset classes like private debt, real assets (such as real estate) and private equity playing an increasingly important role within diversified portfolios.

While it is almost impossible to envisage how some of these trends will actually manifest, and to what degree during the course of the year, the risk of interest rate hikes and trade barriers seems more elevated than usual.

On the positive side, global reflation could lead to a pickup in investment, boosting productivity and diminishing fears of impending deflation. Emerging markets remain among the biggest hope for a bright 2017.

References to Mercer shall be construed to include Mercer LLC and/or its associated companies.

The findings, ratings and/or opinions expressed herein are the intellectual property of Mercer and are subject to change without notice. They are not intended to convey any guarantees as to the future performance of the investment products, asset classes or capital markets discussed.

Some information contained herein has been obtained from third party sources. While the information is believed to be reliable, Mercer has not sought to verify it independently. As such, Mercer makes no representations or warranties as to the accuracy of the information presented and takes no responsibility or liability (including for indirect, consequential, or incidental damages) for any error, omission or inaccuracy in the data supplied by any third party.

Garry Hawker is the director of Strategic Research, Growth Markets at Mercer. He has been with Mercer for over 24 years. Hawker chairs a global team that contributes to Mercer’s capital markets research and assumptions, and is a member of the Global Strategic Research Committee that oversees the development of Investments-related intellectual capital. Hawker is an associate member of the CFA Institute and a qualified actuary.