3 Risks Poised to Disrupt a Fast-Changing World by 2021 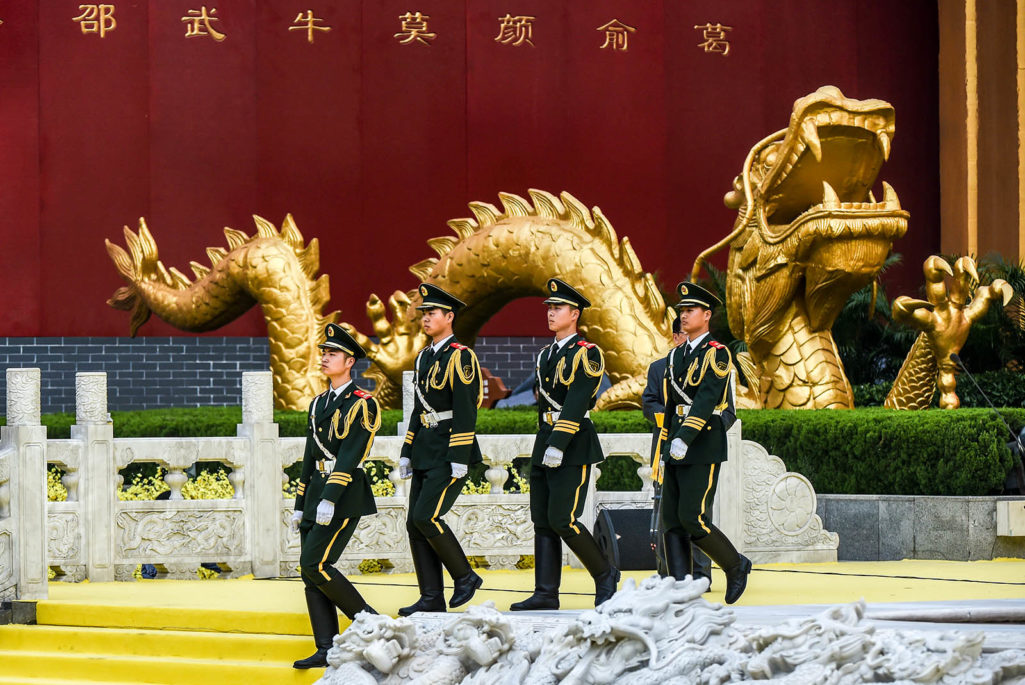 Paramilitary police march during a memorial ceremony for the Yellow Emperor, or Huangdi, in Xinzheng, in China's Henan province on April 9, 2016.

We spend a significant amount of time looking at the year ahead at Eurasia Group. But given how quickly the world is changing—especially when the absence of global leadership means considerably more geopolitical conflict—I thought it would be useful to look further out on the horizon.

Here are the top three risks I see coming down the pike for the coming five years:

With all the attention to the conflicts in the Middle East, the political crises in Europe and the unfolding circus of the U.S. presidential elections, it’s easy to forget that by far the biggest structural change in the global system is the rise of China. That’s true if reform succeeds or fails.

While China’s economic and political stability hasn’t been in question in Eurasia Group’s annual top risks reports over the past several years (owing to a relatively high degree of stability so far), tough decisions will have to be taken in two areas:

Given how much greater China’s power and influence will be by 2021, its response to these two reform challenges will have critical importance for the future of the world order. If successful, China will be on track to create a large number of companies that are dominant across Asia and competitive around the world. A growing number of countries will be aligned with Chinese standards and architecture, as well as the yuan.

Economies like Pakistan and the Central Asian Republics, Russia and a host of Sub-Saharan African countries will see China as their most important partner; while traditional American allies like Australia, European states and even Japan will hedge towards a more balanced Chinese relationship. U.S.-led institutions will erode, in many cases becoming weaker than competitors in China-led zones. The United States will either move towards bloc-building behavior or seek compromise, yet 2021 will be premature for that to succeed—leaving the world far more fragmented than today.

If the reform process sputters, China’s reach will be considerably diminished.

If the reform process sputters—provoking either internal disagreement or a hardline response by the government—China’s reach will be considerably diminished. Still, there will likely be greater tension over areas the Chinese see as “in their sphere,” such Taiwan, Hong Kong and the East and South China Seas.

Cyber conflict and proxy fights will become more likely with the United States. While a more diffuse Washington-led consensus would hold in determining economic outcomes, a reversion to great power conflict geopolitically would create much higher risks across Asia and Europe.

Regardless, a rising China that doesn’t share American values or priorities—whether there are signs of succeeding or failing—is the world’s top risk for 2021.

“Lower for longer” is our mantra—a lower growth environment and an energy revolution driven by gains in efficiency and renewables, leading to depressed oil prices. With the money no longer there, there will be big challenges for countries seriously reliant on oil and gas—Venezuela, Russia and many parts of Sub-Saharan Africa.

The risk of instability will rise in the Middle East in particular without economic reforms, as three factors behind the relatively frozen instability for the past decades will likely dissipate:

With this (highly imperfect) equilibrium now gone, the likely result will be a reversion in much of the Middle East to a pre-Westphalian state. Many of the region’s central states will no longer be able to enforce decisions in their territories, enabling sub-state actors to become the principal sources of governance.

The potential for serious instability in the region has major implications beyond its borders, most obviously for the “broader” Middle East—pockets of North, West and East Africa, Central and South Asia, and the Caucasus. In Europe, the costs of the terrorist and refugee threat will change policy priorities from fiscal responsibility to security, which will reduce growth and foster decentralization—a bigger long-term threat for the European Union. It’s also potentially a threat for the United States and globally, to the extent that asymmetric warfare becomes more challenging—particularly in cyber, but also in biosecurity and possibly even nuclear.

Finally, on the implications of technology for governments—the transformative power of explosive technological growth will fundamentally alter the geopolitical landscape in several ways:

Security and the potential for a true military-industrial-technological complex

New technologies pose a fundamental challenge to the traditional role of government to ensure stability and guarantee the enforcement of rules. Under one scenario, the state retains its current shape and becomes supplanted by the private sector and rogues, because the central government can no longer provide the services that ensure its authority. In another, the state becomes the key technological player in the sovereign space—as it currently is in the military space—shifting the privacy/security balance overwhelmingly toward the latter.

With the 4th Industrial Revolution, information technologies will likely dramatically change labor models in a wide range of industries by 2021—particularly due to improvements in the fields of automation and artificial intelligence. The challenge will be particularly acute for emerging markets, where governments that can’t quickly evolve their social contracts to meet middle class expectations will see spiraling social instability.

The dramatic rise of anti-establishment political movements has been greatly impacted by information technologies that allow individuals to understand the world through an ever-narrower lens of beliefs and facts they already agree with. There’s increasingly little room for centrism and political compromise in that environment, making more likely the political success of extremist parties—even in relatively consolidated democracies and authoritarian regimes.

The power of small

The growing capacity of technology to harness large movements is likely to lead to an equally powerful reaction toward local communities that feel kinship from proximity and human interaction. More effective models of governance will emerge at the local level—both in cities suitably cosmopolitan for local attachment to prove stronger and more durable than other forms of identity; and wealthier exurbs, where relative homogeneity allows for the avoidance of collective action problems otherwise bedeviling societies.

There’s a general decentralization theme in all three of these top risks. De-concentration of power will be one of the critical issues China must address to ensure success and stability. In the Middle East, the failure of the state means effective forms of governance will increasingly be found at the sub-state level. And the explosion of technology on the geopolitical stage means dystopia for some—and empowerment of smaller, more like-minded communities for others.

In a period in which we’ll be principally concerned with the implication of globalization’s discontents, much of what works will be local.

President and Founder of Eurasia Group

Ian Bremmer is the President and Founder of Eurasia Group.

Chris Miller Associate Professor at the Fletcher School at Tufts University
URL: https://www.brinknews.com/3-risks-poised-to-disrupt-a-fast-changing-world-by-2021/
Get ahead in a rapidly changing world. Sign up for our daily newsletter. Subscribe
​​