A Backlash Against Globalization? Not Really 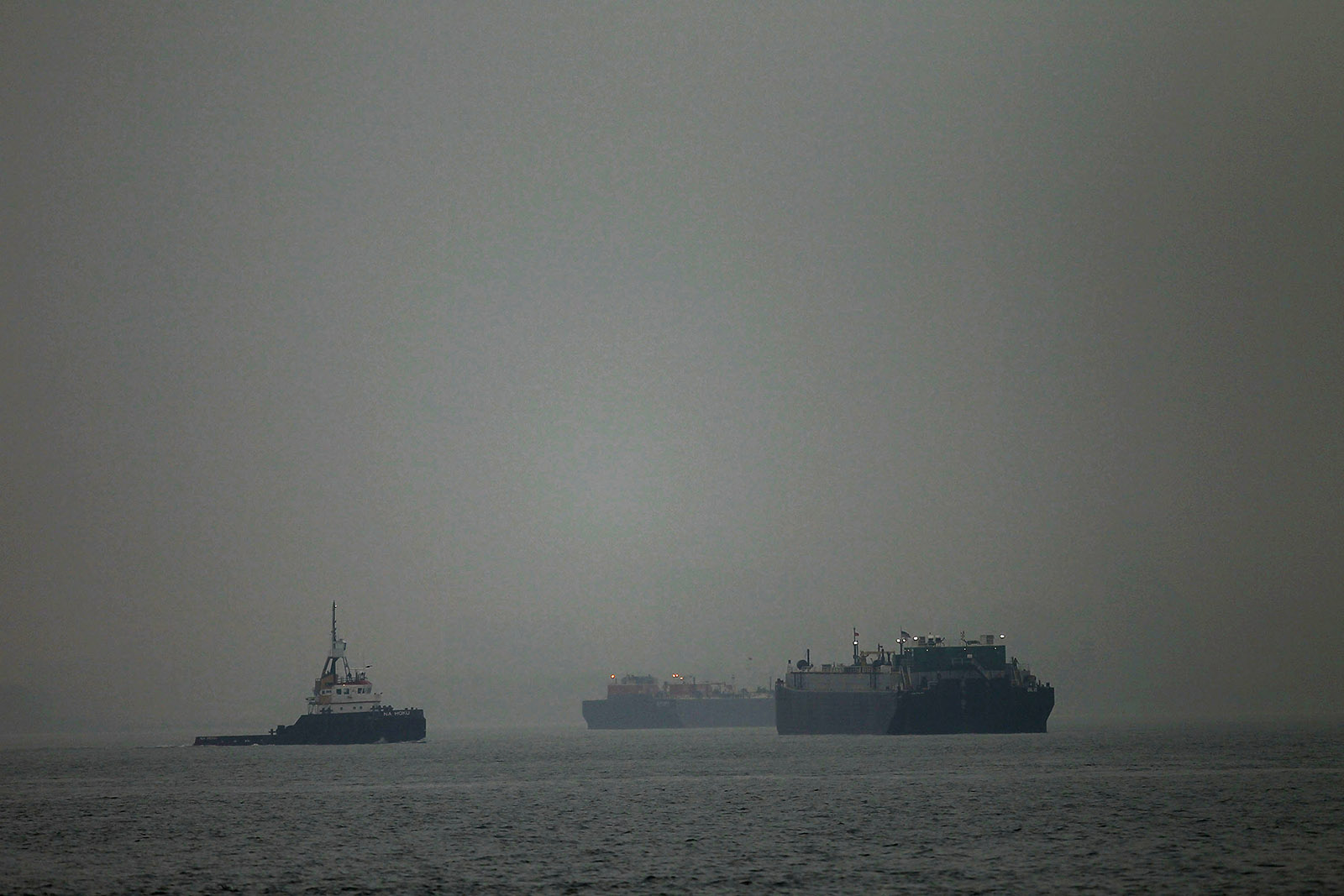 Cargo ships from China wait to enter the ports of New York and New Jersey.

As the calls for trade protectionism have become louder in many Western economies over the past couple of years, the notions that we are witnessing a backlash against globalization and that globalization is in retreat are gaining currency. But is this really the case?

Parag Khanna disputes this premise, arguing instead that what is being seen in the West is merely the manifestation of flawed domestic policies. A majority of people around the world still believe in globalization, he says. In this second part of an interview with BRINK Asia, Mr. Khanna also talks about resource nationalism as a potential risk in the region, and he addresses what Asian economies need to focus on most as they look to lead the world economy.

BRINK Asia: With Asia’s continued push for greater economic integration, and with the U.S. pullback, is it fair to say that China is now driving globalization?

Parag Khanna: It’s a superficial analysis that people like to make. Our minds are conditioned to simplify things by way of identifying a certain Number One. On the contrary, the fact is that there doesn’t have to be a Number One. Going back into the 1980s, globalization has had three significant drivers, namely the EU, the U.S. and China. Therefore, to me, this notion of passing the baton from the U.S. to China is rubbish, really.

BRINK Asia: Since the global financial crisis, there has been greater dissatisfaction with globalization than ever before. Large numbers of people—particularly in the West—want their nations to become more insular (less exposed to developments outside). In this context, are you optimistic of the world coming closer?

Mr. Khanna: I don’t agree with the premise of the question, and here is why. The idea that there is growing dissatisfaction with globalization on the one hand, and then saying that it is mostly being voiced in the West is a big contradiction in my mind. Almost 90 percent of the world’s population lives outside the West, and many surveys have shown that people in Asian economies such as China and India still believe very favorably in globalization. Asian economies had a decade of sometimes painful reform after the Asian financial crisis, and they were in a relatively better position than the Western economies to absorb the shock of the global financial crisis. So, there wasn’t any backlash with increasing globalization with Asia at the forefront of much of that increase.

What we are really talking about is precisely two countries, the U.S. and the UK. And there, too, what we have seen is political rhetoric as a result of certain sections being ill-equipped to sustain their competitive position. You aren’t “anti-globalization” if you’re only against the offshoring of your own jobs and at the same time clearly not against the idea of owning an iPhone for $600 instead of the $2,000 that it may have cost if it was produced in the U.S. You’re also clearly not against cheaper clothes mass-produced in Bangladesh or Vietnam. So, I don’t really buy this argument that we are seeing a broad anti-globalization backlash.

What we are seeing [are] migration issues, dictated by flawed domestic policies over the years in these two countries. It is not representative of the world, and it will self-correct in the same way that populism ordinarily self-corrects over time.

I deeply empathize with the stance of Trump and Brexit supporters. They are rightly critical of their own governments’ failure to understand their role in the global economy. Trade adjustment assistance policies are important but for decades have been largely ignored beyond agriculture. For example, American economists and policymakers were aware of the need of trade-adjustment assistance policies in the early 1960s. Yet the U.S. spending [on trade adjustment], even when the federal law was introduced in 1974, was 0.03 percent of the GDP. Even if there were 0.1 percent of the federal budget going into this, we would not have had this backlash. It is easier to regard foreigners as scapegoats and play the blame game to divert attention from the flawed policy that may have resulted in the reasons for this backlash.

BRINK Asia: “Resource nationalism” has been seen as a potential risk to the development of the Belt and Road Initiative. How do you see this manifest, especially across Southeast Asia?

Mr. Khanna: It’s really about getting a better deal for letting, say, China leverage a country’s natural resources. Many countries have learnt how to play out this negotiation, learning from the oil-rich Middle East from what ensued as a result of the first “oil shock.” Now resource-rich countries in Asia and Africa try and push for a harder bargain. We may see countries make more demands from China as a result. For example, Nepal and Pakistan recently opted out of large hydroelectric power development projects citing that “this does not look like a fair deal” or that the revenue sharing structures may not be entirely adequate.

Almost 90 percent of the world’s population lives outside the West, and many surveys have shown that people in Asian economies such as China and India still believe very favorably in globalization.

That said, the issues are not as turbulent as they have been with countries in Latin America in the past—and it is simply about getting a better deal across a negotiating table. I think it is a very mature process now—it is an open market, and if a country is seeking fiscal sustainability to secure its future, that can be a good thing. I think it is a very healthy part of the process of bilateral trade negotiations.

BRINK Asia: You have painted a rather dystopian picture of the effects of climate change on much of Asia over the next century. How can Asia balance the demands of growth and development while mitigating climate risks?

Mr. Khanna: Climate change is a particularly complicated topic because it isn’t something where one country controls its own fate or that of the broader region. Moreover, we also have to distinguish between what is controllable and what isn’t—and what affects some Asian economies is different from what affects others. For instance, in some countries the key challenge is rising sea levels, which are driven by a global phenomenon, and in others, it could be flooding of river deltas, which may be a result of increased deforestation domestically.

We have the technology available today to sustain economic growth in a sustainable way, such as low emission vehicles and sustainable construction. I think there is no inverse correlation between growth and sustainability. It is a false dichotomy, especially as new technologies are effectively able to delink the two and are increasingly being available at price points [that] aren’t prohibitive. What we need is for countries to invest in climate adaptation and mitigation plans for the long term, besides developing stronger monitoring systems. The cost of an overlooked climate phenomena can run into billions if not trillions of dollars.

BRINK Asia: What in your view are a few things Asia needs to focus most on over the next 50 years as it looks to lead the world economy?

Mr. Khanna: Infrastructure demand is pointed out by many people, and I think infrastructure needs to be developed, but with an eye on how much of an environmental footprint it leaves.

The second is social. The IMF has finally said that redistribution of wealth leads to growth as opposed to the earlier view that growth was a driver for redistribution of wealth. In Asia, where you have by far the greatest inequalities in the world, increased social spending on public services like health care and education will not only help address inequality, but also create a longer runway for growth. And the effects will be greater if infrastructure were to improve in tandem.

A third issue that Asian countries need to be cognizant of is increasing automation and its impact on jobs. In many countries, a large number of people still work in the manufacturing sector, in which jobs could be at risk owing to the high levels of automation we are witnessing. As such, a focus on reskilling is important. India is an example where a majority of the labor force still works in agriculture, but most of the GDP comes from the services sector. On the one hand, there needs to be a reskilling of rural migrants from agriculture to be able to take up jobs in the expanding service economy; and on the other, upskilling of the current workforce in the services sector that faces a threat from automation.

Of course, you can talk about a fourth and that is geopolitical stability. There are many new institutions and many trading agreements, and these can go a long way in helping maintain peace and stability. For example, India is the second largest shareholder of the AIIB, which goes a long way. Increased commercial integration and trade dependence is a barrier to geopolitical trouble. Had this not been the case, we would have already had another world war in Northeast Asia—improved economic relations between countries in the region play a critical role in explaining why this hasn’t happened and is fortunately unlikely.

*The first part of the interview, focusing on the Belt and Road Initiatives and its implications for Asia, can be read here.