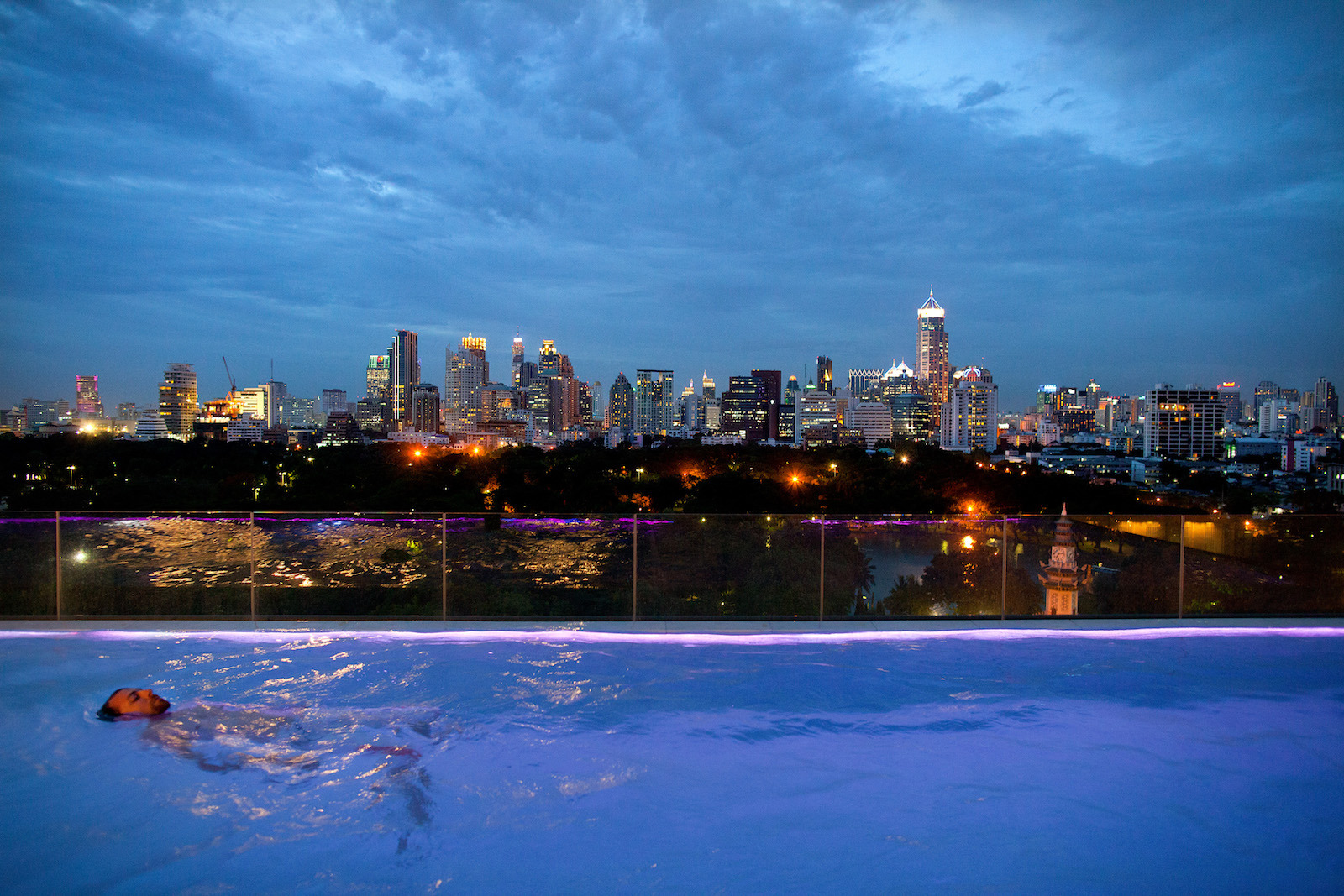 A tourist swims at dusk in the infinity pool of a hotel in Bangkok. With roughly 20 million international overnight visitors in 2017, Bangkok takes the top spot in Mastercard’s 2018 Global Destination Cities Index.

At a time of increasing nationalism and trade protectionism, international travel is helping break barriers and drive economic growth, according to the recent Mastercard Global Destination Cities Index 2018. Common trends among preferred destination cities include “robust infrastructure, both business and leisure attractions and strong local culture.”

Bangkok Is the Leading Destination Globally

In 2017, Bangkok was the leading destination from 162 cities surveyed globally. It hosted approximately 20 million international overnight visitors last year, and as per forecasts, it will witness a further 9.6 percent growth this year alone—on track to register the highest visitor increase. On average, visitors were likely to stay 4.7 nights with an average spending of $173 per day, contributing to an aggregate of $16.36 billion spent last year. Although India is the world’s fastest growing major economy, there is no Indian city that features in the top 20. Thailand, however, boasts three preferred destinations, namely, Bangkok, Phuket and Pattaya.

London and Paris occupy second and third positions, with total international visitors of 19.83 million and 17.44 million, respectively. The top 10 cities globally witnessed an increase in visitors in 2017, with the only exception being Seoul, which registered a slight decline. Interestingly, the majority of cities even in the top 20 most-visited cities are located predominantly in the Asia-Pacific region—a definite positive signal for all travel-related stakeholders. In terms of average nights spent in a particular destination, New York was the highest at 8.3 nights, while in terms of highest daily spending, Dubai ranked first—recording an average daily spend of $537. In total, Dubai received a staggering $29.7 billion in overnight-visitor spending last year.

Southeast Asia is among the fastest-growing tourism regions globally—attracting well-heeled travelers spending tidy sums. In the Asia-Pacific region, Singapore ranked first in terms of visitor expenditure. A popular shopping haven, it recorded an average daily spend of $286, which although a healthy figure, was only 50 percent of the figure recorded in Dubai. In addition, arrivals from China comprised 18.4 percent of total tourist inflows to Singapore. The report also stated “visitors to Singapore spent the least on dining (12.9 percent).” In 2017, total revenue from international visits stood at $17.02 billion with growth forecasts for 2018 pegged at 7.4 percent.

The majority of tourists in the Asia-Pacific region originate from China. The report highlighted “Southeast Asian cities, such as Bangkok, Singapore, Kuala Lumpur, Phuket, Pattaya, and Bali are fast becoming must-visit destinations for Chinese tourists.” The most preferred holiday destination for Chinese tourists was Phuket, which has registered a whopping 56.1 percent growth in the last eight years (2009 – 2017, CAGR basis).

Exhibit 3: Percentage Share of Arrival from China to Asian Cities

Memorable and Authentic Experiences Are Key

Tourism is vital to the global economy. For the Asian economic powerhouses of China and India, developing cities that provide and cater to lasting experiences could serve as an ideal avenue to generate both growth and employment. Miguel Gamiño Jr., executive vice president, global cities for Mastercard, aptly stated, “International travel is crucial to many urban economies, enriching the lives of both residents and tourists. The bar is rising for cities to innovate to provide both a memorable and authentic experience.”

William Swelbar Chief Industry Analyst at Swelbar-Zhong Consultancy
URL: https://www.brinknews.com/apac-cities-dominate-the-top-travel-destinations/
Get ahead in a rapidly changing world. Sign up for our daily newsletter. Subscribe
​​