Asian Economic ‘Miracle’ a Paradox of Profit and Poverty 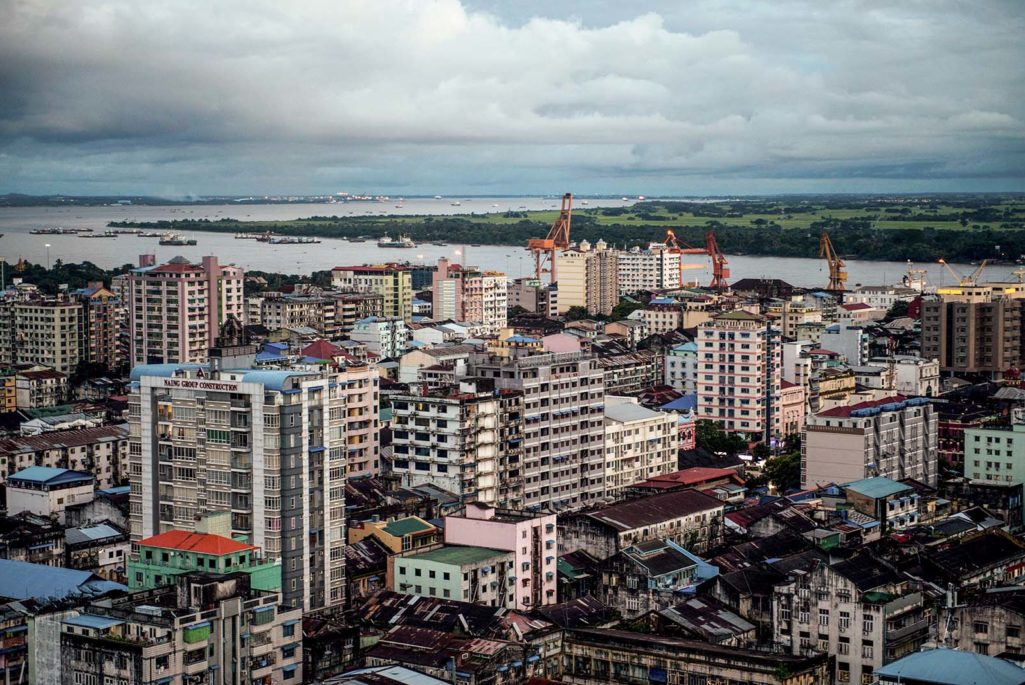 In this picture taken on July 29, 2016, old and new building are seen over the skyline of Yangon with a view of Yangon river in the background. Scores of historical buildings from the British colonial era have already been razed by the flood of foreign investment that followed the end of total military rule in 2011 and has pushed the city into a development frenzy.

Once merely an economy-in-waiting, always operating in the global economic shadow of the U.S. and other G-7 nations, the Asia-Pacific region has sprung like a lion from the tall grass to become the world’s most dynamic region, accounting for 40 percent of the global economy today and a predicted 45 percent by 2025, according to Oxford Economics.

From the promise and pitfalls of rising Myanmar to the all-encompassing economic global footprint of China, the region has seen its share of “miracle” transformations over the last quarter century. Its aggregate economy is growing about 6 percent per year, despite the headwinds of the global financial crisis—a bright spot in any economist’s playbook. Led by Myanmar’s 8.6 percent GDP growth rate, the region is home to six of the top ten fastest–growing economies in the world. The region is also home to a deep well of innovation, with companies like Samsung always nipping at the heels of tech giant Apple in the coveted smartphone marketplace. China leads the world in renewable energy installations, as well as the building of new coal plants—there seems to be no shortage of paradox throughout the region.

In today’s globalized, interconnected world, what happens in Asia-Pacific reverberates across the globe. This is seen when the tragedy of natural disasters wreak havoc without prejudice on key globalized supply chains, causing billions in disrupted and interrupted businesses and sending executives scrambling to implement risk mitigation strategies, if they even have them at all.

All these factors and more are why BRINK has chosen the Asia-Pacific region as its first area for regional focus with today’s launch of BRINK Asia. Like BRINK, BRINK Asia will focus on risk issues across five core areas: environment, economy, society, geopolitics and technology. But BRINK Asia will cover these core areas with a lens uniquely focused on the perils and promise that define this region.

While the problems from country to country may be similar, the solutions and paths forward are hardly cut from the same cloth. This is where BRINK Asia will stand ready to dig into policy options, unearth innovative ideas about risk mitigation and highlight success stories that can be adapted by the current public and private sectors and those thinking about expanding into the region to gain a foothold on the economic opportunities it presents.

Although the exact steps taken by governments to ensure a continued upward economic trajectory will differ, structural reforms are key to sustainable prosperity: boosting competitiveness, growth and jobs.

Christine Lagarde, managing director of the International Monetary Fund, outlined some examples of these structural reforms in a speech she gave in New Delhi, India, earlier this year:

Although the region is booming economically, its citizenry is being left behind; income inequality has deepened since 1990 in 15 of 22 Asian countries, Lagarde noted in her speech, and Asia remains home to two-thirds of the world’s poor.

The Asia Foundation puts the region’s economic accomplishments in stark contrast to the harsh day-to-day realities for the rank and file citizen:

After decades of sustained economic growth that has led to a substantial reduction in poverty, Asia is experiencing new social tensions and economic vulnerabilities due to the global economic crisis, slower growth rates in emerging economies, concerns about water and food security and weak or nonexistent social safety nets.

Such disparity creates a tenuous scenario for those trapped by lower economic mobility, setting the table for social and political instability and dire predictions: “Both the inequalities within countries as well as the disparities across economies are threatening the long-term growth prospects of Asia,” warned The Asia Foundation.

Lagarde, however, believes in inherent power and promise of cooperation among nations and believes there is strength in the region’s “dynamism,” which she said “presents a historic opportunity to invest now in the future—and to advance Asia.”