‘Ghosts’ in the Cockpit—Pilotless Flight Takes Off 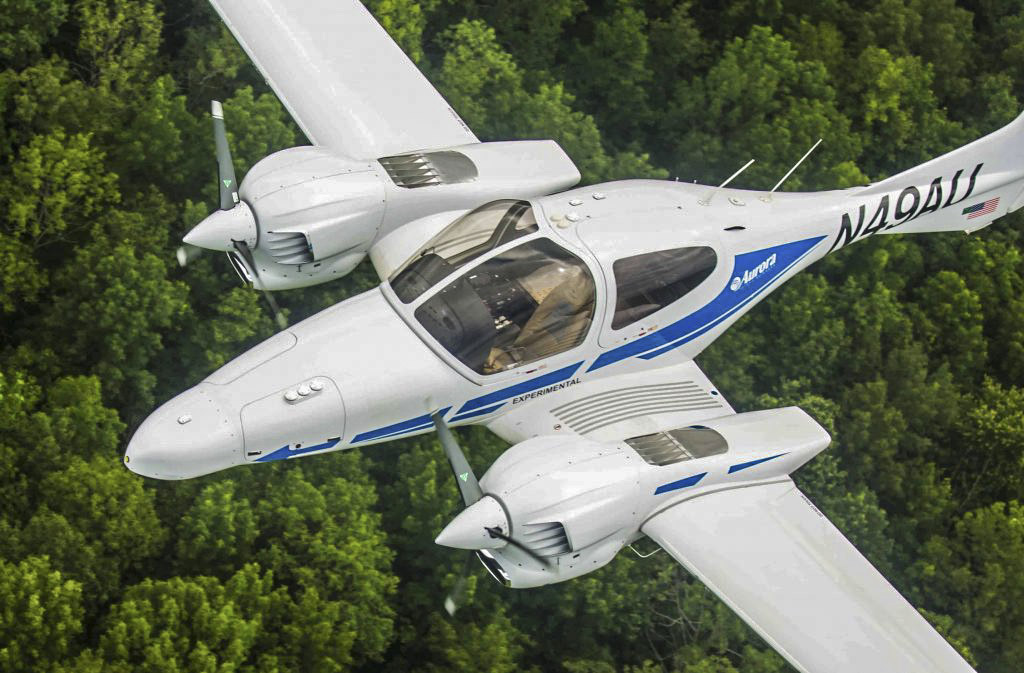 Centaur, a 4,100-pound pilotless general aviation aircraft, from Aurora Flight Sciences, during one of it many successful pilotless flight trials.

Instead of hailing an Uber for a crosstown business meeting, what if you could summon an autonomously flown private plane to fly to a business meeting three states away? That future may be closer than you think.

General aviation aircraft have already demonstrated their capability for fully autonomous flight. Meanwhile, commercial airline manufacturers aren’t sitting on the taxiway, waiting for the technology to develop. Airbus Group has announced its own plans for forays into autonomous flight. Airbus plans to fly a prototype craft at the end of this year. One of the biggest drawbacks: reliable sense-and-avoid technology, which is now at work in autonomous cars. “That’s one of the bigger challenges we aim to resolve as early as possible,” said Rodin Lyasoff, CEO of A^3, the company’s advanced projects and partnership group.

Lyasoff believes there will be a global demand for autonomous flight services. “In as little as ten years, we could have products on the market that revolutionize urban travel for millions of people,” Laysoff said.

In the fall of 2016, a small, unassuming prop plane took off from a similarly unassuming airport in Virginia, just like thousands of flights from general aviation airports across the U.S., except for one major difference: A spindly looking robot sitting in the co-pilot’s seat was doing all the flying. The event was part of a U.S. government and industry collaboration project called Aircrew Labor In-Cockpit Automation System (ALIAS), which aims to replace human co-pilots in two-person aircrews with a robotic system—a “genius” pilot—that never tires, grows fatigued, gets stressed or loses concentration—thanks to its ability to extract vital information from the hundreds of thousands of hours that their human counterparts have logged on any one particular plane.

Such technology is seen as not only improving on safety, but also addressing a serious talent crunch in the pilot pipeline that’s looming on the horizon for both commercial airlines and the

U.S. military, which has traditionally been a “feeder” system for pilots in the commercial aviation space. Boeing forecasts that the industry will need 617,000 new commercial airline pilots by 2035.

Most flights are already flown 98 or 99 percent by the autopilot. So why not install AI-driven robot pilots?

Commercial flying today is already almost totally on autopilot. “Most flights are flown 98 or 99 percent by the autopilot,” said Stephen Rice, an associate professor of Human Factors at Embry-Riddle Aeronautical University. “A study showed that Boeing and Airbus pilots only manually flew the plane for three to six minutes per flight.”

All that automation has caused aircrew manual flying skills—and attention spans—to lapse, adding further impetus to the argument for installing robots in the cockpit.

Last year, a report from the Office of Inspector General at the U.S. Department of Transportation detailed broad gaps in the Federal Aviation Administration’s ability to determine if pilots manual flying skills were adequate in today’s world of modern avionics.

“FAA does not have a sufficient process to assess a pilot’s ability to monitor flight deck automation systems and manual flying skills, both of which are important for handling unexpected events during flight,” the OIG report said. “In addition, FAA is not well positioned to determine how often air carrier pilots manually fly aircraft. FAA has also not ensured that air carrier training programs adequately focus on manual flying skills.”

Perhaps it will be market forces that push pilotless planes into commercial viability.

Cargo customers of Boeing are already asking for autonomous planes, according to remarks by John Tracy, Boeing’s chief technology officer, in a speech to the American Institute of Aeronautics and Astronautics SciTech conference attendees in Orlando last year.

“We are quite confident that technologically, the toolkit is filled,” Tracy said. “With respect to a commercial airplane, there is no doubt in our minds that we can solve the problem of autonomous flight. It’s a question of certification procedures, regulatory requirements and, even more significantly, public perception. Will the flying public be comfortable getting onto a commercial plane with no pilot?”

Although it’s unclear whether the public will get to test their trust of a pilotless commercial airliner, smaller commuter air taxi services are certainly in the offing, according to John Langford, CEO of Aurora Flight Sciences, whose 4,100-pound twin-propeller Centaur has made several successful pilotless flights. Langford foresees an Uber-in-the-sky kind of service, where the travelers are also trained “operators,” short of needing full piloting skills. “If we want to go someplace, you’ll have an app like Uber,” Langford told CNN. “The plane can come to you. Nobody’s on board. It doesn’t need a pilot. You’re a trained operator.”

In the U.S., the Federal Aviation Administration has worked out the rules for flying drones under 55 pounds in weight in American airspace and is already looking at future regulations for larger pilotless aircraft, according to congressional testimony from an FAA official.

A main concern about autonomous flight is what happens if the artificial intelligence flying the plane malfunctions for some reason? In such a scenario, there would be no crew to take control. In addition, AI would follow strict rules-based judgments, and it’s not clear that an AI pilot could make the sometimes bizarre but justified maneuvers needed to save a plane, as was the case when Capt. Chesley “Sully” Sullenberger successfully landed a fully loaded commercial aircraft in the middle of the Hudson River after both his engines failed from a freak encounter with a flock of geese.

That scenario of cascading failures has played out many times, notes Keith Hagy, the Air Line Pilots Association’s director of engineering and safety. “Those are the kind of abnormal situations when you really need a pilot on board with that judgment and experience and to make decisions,” Hagy told the UK’s Daily Mail.

Reid Blackman Author of "Ethical Machines"
URL: https://www.brinknews.com/ghosts-in-the-cockpit-pilotless-flight-takes-off/
Get ahead in a rapidly changing world. Sign up for our daily newsletter. Subscribe
​​