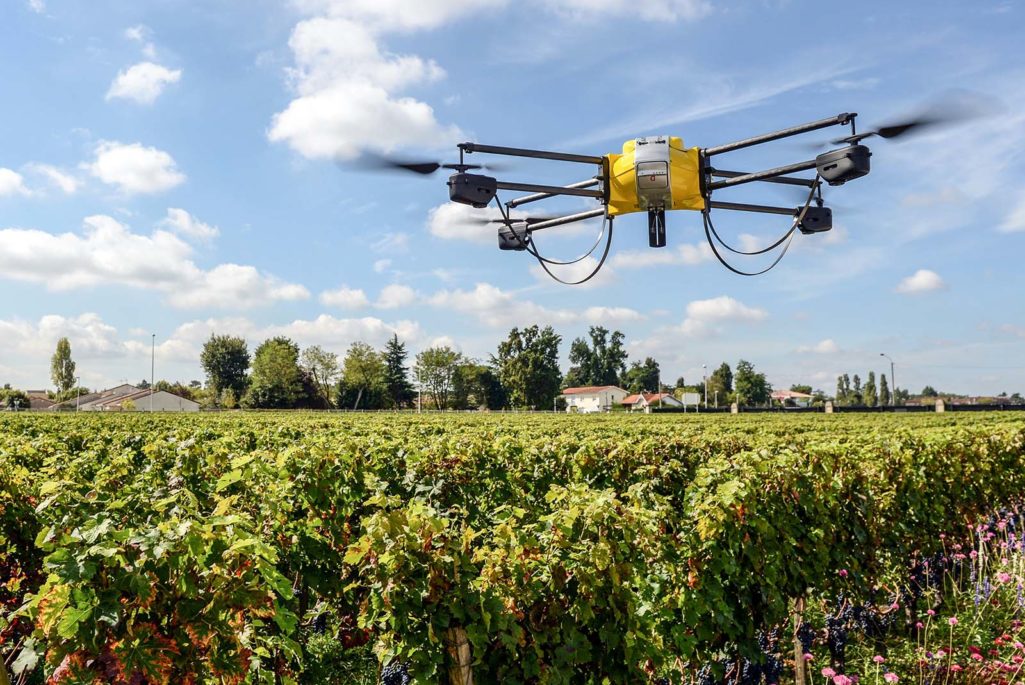 A drone flies over the vineyards of the Pape Clement castle, belonging to Bordeaux winemaker Bernard Magrez in southwestern France. Magrez uses a drone equipped with an infrared camera to determine the maturity of its grapes, which allows harvesting at optimal times.

Technological innovations guarantee that what was cutting edge yesterday is obsolete by tomorrow.

Technology can dramatically increase productivity and make conducting business easier, but with technological developments come unforeseen risks. New technologies are susceptible to security breaches, and their introduction can be restricted by governmental regulations.

Here is a recap of BRINK’s five top technology stories, ranging from unmanned ‘ghost ships’ in the shipping industry to the threats posed by the rapid proliferation of drones.

U.S. Regulators Must Allow Drone Industry to Catch Up

The use of drones has boomed in recent years. Japanese farmers use them to inspect crops; Canadian police use them for search-and-rescue missions; British photographers use them for capturing commercial photography. In the U.S., however, commercial drone use has been severely limited due to tight Federal Aviation Administration (FAA) regulations.

The FAA plans to relax its tight grip on commercial drone use over the next few years—but much of the damage has already been done.

“Once the rules are finalized in a couple of years, the U.S. can finally start catching up with other countries in this growing industry,” write Georges Aoude and Bob Hazel, management consultant and partner at Oliver Wyman, respectively. “Meanwhile, the U.S. is leaving billions of dollars in economic growth on the table as drone developers and customers do business elsewhere.”

By 2035, according to the U.S. Department of Transportation, the annual number of unmanned aerial vehicle will surpass the number of manned aircraft operations. The U.S., as a result, will have significant ground to make up if it plans to fully capitalize on the aviation revolution just over the horizon.

“The concept of autonomous ships has been around for decades and the general principles are well known,” writes Brock N Meeks, executive editor of BRINK. “But until recently, the ideas rarely sailed beyond the drawing board nor advanced from back-of-the-envelope sketches.”

“Unmanned systems, particularly autonomous ones, have to be the new normal in ever-increasing areas,” says U.S. Navy Secretary Ray Mabus.

But with every opportunity for technological advancement comes economic, political and social risks—even on the high seas.

With the rise of drones in recent years came the rise of illicit use of the burgeoning technology. A recreational drone crashed on the lawn of the White House in early 2015. In the UK, a drone was used in an attempt to transport contraband into a prison.

But these are only minor incidents. The nightmare scenario of a fleet of drones buzzing a populated area and spreading a bio-chemical agent isn’t science fiction; many experts believe it’s just a matter of time before someone attempts such an act.

In this interview, Brian Hearing, co-founder of the anti-drone tech company DroneShield, discusses the growing risks associated with drones and the steps regulators can take to stem these dangers.

Many companies still don’t have a full appreciation of cyber risk, writes Shawn Henry, president and CSO of CrowdStrike Services and former deputy director of the FBI. “Businesses have to gain an appreciation for what adversaries are really interested in and get sensitized to what the real threats are.”

Corporations need to stop playing defense when it comes to cybersecurity and go on the offense or “get proactive about hunting for adversaries roaming their networks,” Henry writes. “Don’t believe you have a problem there? Think again, because the perimeter is gone.”

For 20 years, the conventional cybersecurity wisdom was to defend the perimeter: install a firewall, intruder detection system, etc. All are critical parts of a defense; however, a proactive stance takes security one-step further, “and that has to be done in today’s environment,” Henry writes. “This is a long-term problem with no short-term solution. Companies must be innovative and creative, and must insist the government become a full partner. Anything less is likely to fail miserably, and the results will be disastrous.”

Technological innovation presents the opportunity for solving some of the world’s most pressing problems—from cancer to climate change.

“Yet in a cruel twist of irony,” writes Andrew Maynard, professor Arizona State University’s School for the Future of Innovation in Society, “emerging technologies that could help improve lives and protect the environment may ultimately end up doing more harm than good. That is, unless new approaches to responsible innovation are developed and adopted.”

In order to mitigate the dangers associated with the breakneck rate of technological development, Maynard argues, tech leaders need to keep their eye on the risks as well as the rewards.

Bart Édes Distinguished Fellow at Asia Pacific Foundation of Canada
URL: https://www.brinknews.com/brinks-top-5-technology-stories/
Get ahead in a rapidly changing world. Sign up for our daily newsletter. Subscribe
​​