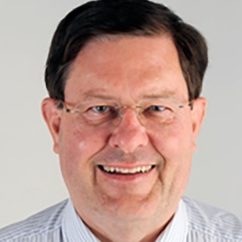 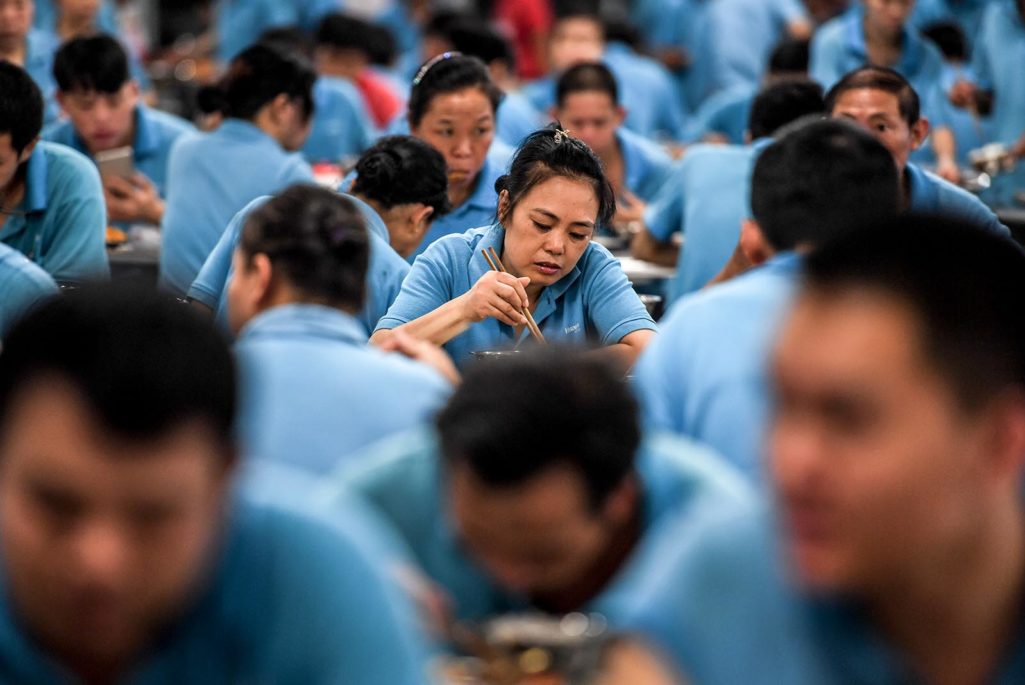 Workers eat lunch in the cafeteria of a shoe factory in Dongguan, in China's southern Guangdong province on September 14, 2016. China's industrial output and retail sales growth accelerated in August, government statistics showed on September 13, with both of them exceeding expectations in encouraging signs for the world's second-largest economy.

Globalization has contributed to the growth of China for decades, but the rise of protectionism in Western economies could curb Chinese trade and investment.

Because of the demise of manufacturing industries in the United States, the U.S. is unable to compete against low-priced Chinese imports. This has led to retaliatory action, most notably on steel imports. The European Union has reacted similarly.

In Australia there has also been strong opposition to the China-Australia Free Trade Agreement, particularly by unions concerned that Chinese companies investing in Australia would bring workers from China. Sentiment also runs strongly against Chinese foreign investment in agricultural land and infrastructure.

If the backlash against globalization intensifies overly-restrictive trade and investment measures, there will be serious implications for future world growth.

China Was a Big Beneficiary of Globalization

No other sizeable economy in history has ever experienced three unbroken decades of near-10 percent average economic growth as China did during the recent globalization era, the legacy of economic reforms begun by leader Deng Xiaoping. This growth in aggregate output was on average over three times greater per annum than its Western trading partners.

The key factors underpinning this growth are: encouragement of foreign direct investment, specifically in manufacturing; greater internal labour mobility; higher domestic saving due to contraction of social welfare entitlements previously extended by the state sector; and an improved investment climate for the private sector with less corruption.

Simultaneously, China’s remarkable integration into the world economy was due to its international merchandise trade expanding at an annual average of 15 percent during the globalization era from the early 1980s to 2008. That was more than double the global rate.

Export-led growth had been crucial to China’s development strategy before the global financial crisis, and a tightly managed exchange rate system was instrumental to its success. China’s export growth has persistently outpaced its import growth, giving rise to trade and current account surpluses.

China’s embrace of globalization made it a highly open economy relative to most advanced economies in the world.

China’s embrace of globalization made it a highly open economy relative to most advanced economies in the world. As a proportion of GDP, its total exports plus imports of goods and services remain well above comparable ratios for the U.S., Japan and Germany.

In China’s development strategy, large trade surpluses were viewed as an objective of economic policy. Since the global financial crisis, China has adopted a policy of re-balancing its economy away from dependence on exports and investment as the primary sources of aggregate expenditure growth and toward domestic consumption and services provision.

This will have profound international implications generating spillovers for trade and commodity prices. Curbing export growth will reduce China’s vulnerability to the backlash against globalization.

Due to a slowdown in China’s growth and trade, its current account surplus, mainly reflecting its trade surplus, has fallen from a high of 10 percent of GDP in 2007 to around 2-3 percent in recent years.

However China’s central bank, the People’s Bank of China, has accumulated huge foreign exchange reserves over the past decade of over $3 trillion. These reserve holdings are the highest of any economy in the world and over twice the value of Australia’s annual GDP.

China’s foreign money holdings are now also managed by its sovereign wealth fund, China Investment Corporation, which has amassed a portfolio of high yielding assets worldwide. This huge arsenal of funds suggests China’s future gains from globalization will depend more on investing overseas. Because of this, China’s foreign investment abroad will play a larger role than in previous years.

World merchandise trade grew at under 3 percent in 2015, according to the WTO, in line with world GDP growth. This is a major slowdown relative to the peak globalization period between 1990 and 2008 when world trade growth grew twice the speed of GDP growth.

Despite China’s economy growing at its slowest rate in 25 years, well below the phenomenal rates experienced before the global financial crisis, its growth remains robust by any standard—it increased its GDP last year by the size of Sweden’s GDP.

A key reason The Great Depression of the 1930s was so prolonged was that many countries, following the enactment of the Smoot-Hawley Tariff Act in the U.S., became highly protectionist, which severely contracted world trade.

Luckily, so far, we have not seen a repeat of that 1930s experience. Yet if the globalization backlash results in ever increasing anti-free international trade and investment measures, it remains a clear and present danger to future living standards.

Tony Makin is professor of Economics and director of the Griffith APEC Study Centre at Griffith University. He has previously served as an international consultant economist with the IMF Institute based in Singapore and as an economist in the federal departments of Finance, Foreign Affairs and Trade, The Treasury and Prime Minister and Cabinet. He’s also the author of Global Finance and the Macroeconomy and Global Imbalances, Exchange Rates and Stabilization Policy and International Macroeconomics.

Xianbin Yao Professorial Lecturer of International Studies at De LaSalle University Manila
URL: https://www.brinknews.com/backlash-from-globalization-hurts-china-global-growth/
Get ahead in a rapidly changing world. Sign up for our daily newsletter. Subscribe
​​