Bankruptcies Are On the Rise. How Do You Keep Your Reputation Intact? 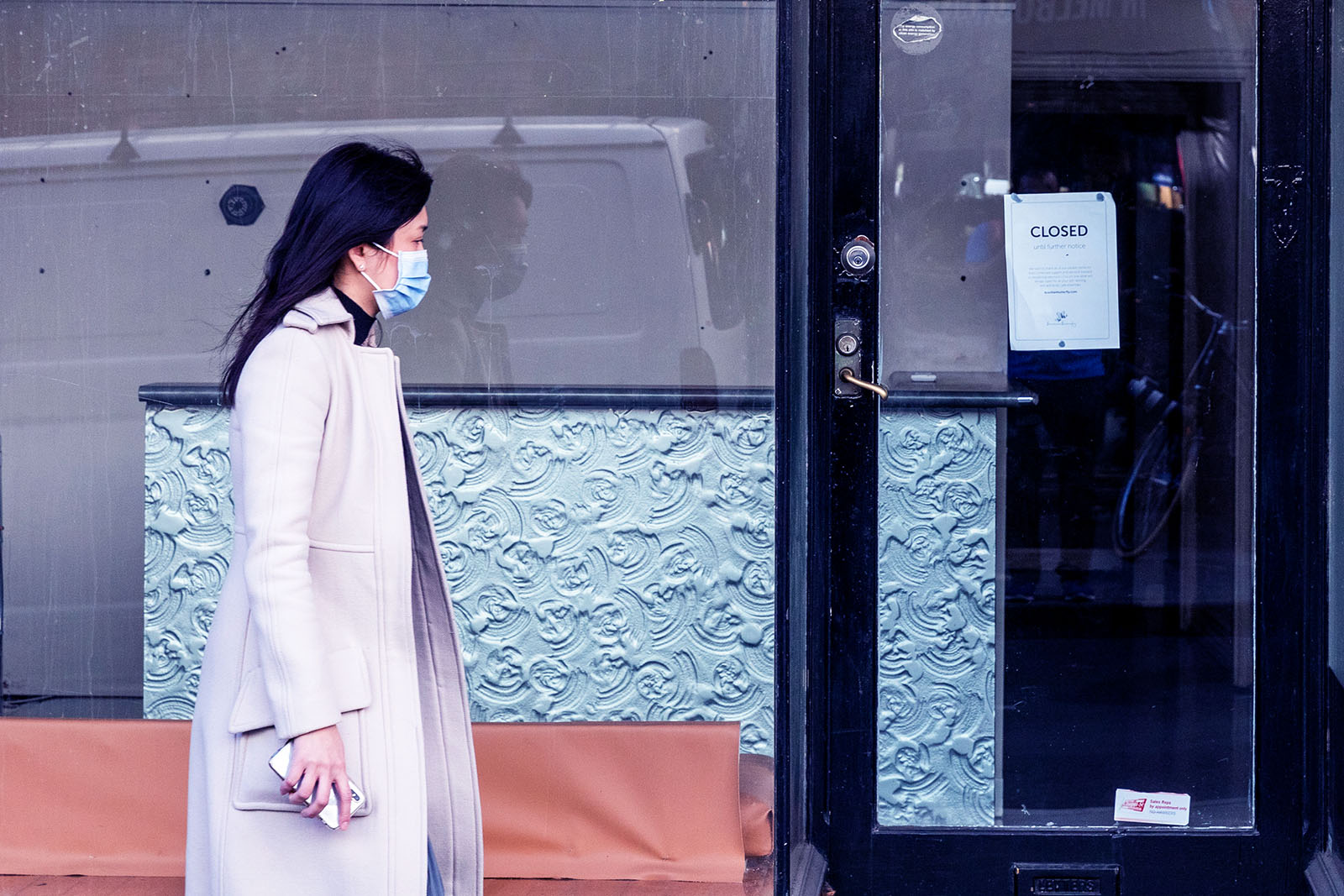 A woman wearing a mask walks past an empty store with a closed sign. A company’s goal throughout the process of bankruptcy should be to limit disruption to the business and reaffirm trust and confidence with all key stakeholders.

The chaos and economic dislocation triggered by COVID-19 has pushed hundreds of United States companies into bankruptcy protection, including airlines, rental car agencies, restaurants and energy companies. With liquidity dissipating during the coronavirus crisis, Chapter 11 bankruptcies shot up more than 26% in April and more than 45% in May in the U.S. over 2019 trends, according to the American Bankruptcy Institute and the legal-services firm Epiq Global. Bankruptcy filings have become so pervasive, in fact, that they now threaten to surpass those recorded during the Great Recession.

The head of Hogan Lovells’ global restructuring practice, Christopher R. Donoho III, told Law360 that the firm had more than doubled its U.S. restructuring practice in recent months. “We obviously view [the pandemic] as a remarkable, once-in-a-hundred-years kind of event. But also, we recognize that this was, as much as anything, a catalyst for overleveraged companies and companies that had been in trouble anyway but kept afloat by the enormous liquidity in the market,” he said. Karol K. Denniston of Squire Patton recently observed that COVID-19 has caused entire industries to hemorrhage revenue and has hamstrung their capacity to borrow. Companies that were already struggling will likely be the first to arrive in bankruptcy court, but many other ostensibly “healthy” companies will follow, she predicts.

Bankruptcy Is Not the Same As Going Out of Business

When a company files for bankruptcy, the procedure can confuse even seasoned business veterans — and it can downright confound employees, partners, vendors, suppliers and other stakeholders. A company’s goal throughout the process should be to limit disruption to the business and reaffirm trust and confidence with all key stakeholders.

So, the first order of strategic communications for any company facing bankruptcy is to identify all of their key constituencies and the myths and misperceptions those audiences are likely to hold. Bankruptcy in its various legal iterations is not always synonymous with “going out of business” — far from it. But if they intend to stay in business and want to retain some measure of brand equity, their audiences’ apprehensions will need to be overcome.

The Different Forms of Bankruptcy

The second imperative is to understand that the different forms of bankruptcy in the U.S. Bankruptcy Code require different communications strategies. Of the various “chapters” of bankruptcies that run the gamut from individuals to municipalities, two are commonly used by U.S. businesses: Chapter 11, which entails large-scale corporate reorganization dictated by the courts, and Chapter 13, which entails a legally mandated repayment plan for smaller businesses.

A Chapter 11 filing is, by definition, complex, since businesses are required to obtain approval from the courts and creditors for their plan to continue operating while paying off their debts. A publicly traded corporation seeking to come out of Chapter 11 proceedings, therefore, must mount a communications effort as robust and carefully planned as its legal deliberations.

Coming up with a road map leading to and through bankruptcy won’t be easy for the companies that have been overwhelmed by COVID-19 — but without one, they risk losing customers, stakeholders and their brand identity.

All of which means the corporation and its third-party champions must articulate — from day one of its filing — a steady drumbeat of “we’ve-got-this” messaging to its top constituents, beginning with lenders, employees and shareholders and stretching through to community leaders and every member of its supply chain and customer base.

Chapter 11 messaging can’t be vacuous cheerleading, of course. It has to be based on no-nonsense realism and reflect a sophisticated approach to the systemic problems facing the company. The same principles hold true with Chapter 13 communications, except in most instances, the focal point of these communications must be on internal audiences, with lenders and community leaders being the exception.

The Need for Transparency

The third communications priority in any bankruptcy filing is to embrace a culture of transparency from the CEO on down — and stick to it. No matter what chapter of bankruptcy the company chooses, it must remain open and accountable and be prepared to handle intense scrutiny.

The fourth priority is to map out a core narrative and a litany of communications tactics — direct and indirect, online and conventional — that reaches each of those audiences powerfully and repeatedly. It’s worthwhile taking the time to enlist and train third parties — academics, economists, retired business leaders, et al — who can attest to the efficacy of the company’s bankruptcy plan and serve as its ambassadors, champions and media spokespeople in the clutch.

Finally, companies entering bankruptcy need to recognize that activists and plaintiffs’ attorneys and other detractors will quickly begin circling, throwing brickbats and accusing the company of reneging on its financial promises to certain constituencies. Filing for bankruptcy in today’s climate means putting a big target on a company’s back. Organizations need to prepare for any contingency in which outside adversaries threaten to disrupt the process and dent the company’s reputation. Businesses need to stay on the lookout for class action lawsuits, online ambushes, community protests and hostile commentary pieces in local and industry media.

Rather than waiting to get caught off-guard, it’s better to pull together a company-wide task force led by the general counsel’s office, and begin running through worst-case scenarios involving the plaintiffs’ bar and the activist community that feeds it.

Coming up with a road map leading to and through bankruptcy won’t be easy for the hundreds of companies that have been overwhelmed by COVID-19. But without one, they risk losing customers, stakeholders and their brand identity. As Warren Buffett famously told his top managers, “We can afford to lose money — even a lot of money. We cannot afford to lose reputation — even a shred of reputation.”

Melody Bomgardner Freelance Writer
URL: https://www.brinknews.com/bankruptcies-are-on-the-rise-how-do-you-keep-your-reputation-intact/
Get ahead in a rapidly changing world. Sign up for our daily newsletter. Subscribe
​​