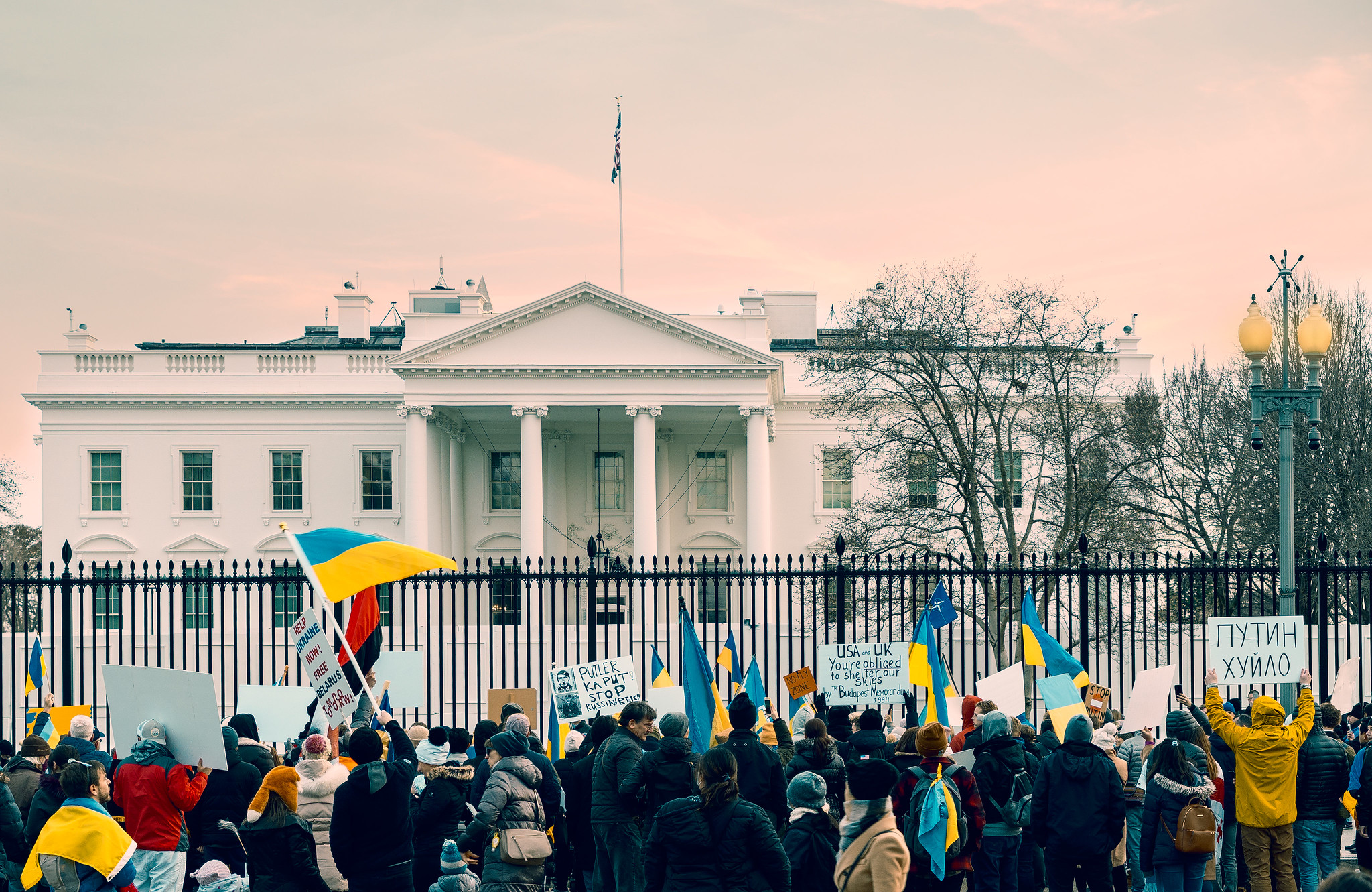 Since the Ukraine crisis began, over 400 companies have announced their withdrawal from Russia, while others have stayed. Companies that have stayed risk joining the "Hall of Shame."

The most oft-asked question I get from C-suite executives and board members is, “How do we navigate these rocky political shoals?” We have studied and consulted on mercantile activism for years, and while we have identified many rules, we also find that the rules change rapidly with so many exceptions that it requires extremely honest and ongoing 360-degree discussions to apply them effectively.

Companies are being forced to navigate issues publicly that impose upon them political decisions whether they seek them out or not. Sanctions are the latest and the fastest, but there are others. The SEC recently proposed climate disclosure rules, which promise to be highly complex and challenging; in response to restrictive new abortion laws in multiple states, companies are having to choose if their health insurance includes travel reimbursement for abortions; and anti-LGBTQ laws in Florida, Georgia, Louisiana, Oklahoma, Tennessee, Texas and other states are also forcing U.S. companies to take a stand. Add to that the questions of whether you leave Russia, how, to what extent, and, if you’re considering a return, how you would manage reentry.

When to Speak Out and When Not To

The tales of Delta and Disney illustrate how difficult this can be. One company was excoriated for saying something and the other for staying silent.

Delta was heavily criticized for appearing to support Georgia’s legislation to restrict voting access, when in fact, it had tried to make the legislation less onerous and had written an internal memo highlighting the changes. Delta, as the largest employer in the state of Georgia, regularly comments internally on much of what happens at the statehouse without necessarily lobbying for a particular change. Nonetheless, Delta appeared to the public to be supporting the legislation. You break the glass, you own it.

Contrast that with Disney who initially remained silent on Florida’s “Don’t Say Gay” legislation and was denounced for it by its own employees and others and has since changed its position (though it continues to remain silent in most other states where it does business and similar legislation is on the books). Darned if you do, darned if you don’t.

The bottom line is that none of the rules, including the ones below, are written in stone. Work with “a cabinet of rivals” — lawyers, lobbyists, brand experts, HR, communicators and more — so that you holistically understand the forthcoming issues. Know and trust each other now, so that in the moments that count, you have license for difficult conversations and constructive disagreement.

Don’t Be First in or Last Out

Since the invasion of Ukraine began, over 400 companies have announced their withdrawal from Russia, while others have stayed. Jeffrey Sonnenfeld and his team at the Yale Chief Executive Leadership Institute have recorded these activities, categorizing them by their level of commitment to departure and excoriating over 30 companies that have stayed in their “Hall of Shame.”

The first day the list went public, many of the Hall of Shame companies saw their stock drop 15% to 30% when the key market indexes fell by one-tenth of that.

As Sonnenfeld points out, those companies that have stayed risk becoming tarred as a number of American companies did three-quarters of a century ago for their “constructive engagement” with Hitler’s Germany in the run up to World War II. Beware, this is a scarlet letter that lasts for decades.

Unless you are planning on making this your corporate-defining moment, the best strategy for most companies leaving Russia is to be neither first nor last.

Your Brand Can Be a Buffer

All great companies struggle to go from a product to a brand to a theology. Nike, Apple, Starbucks, Marriott, the NFL — these aren’t just brands. They take on theological importance, which creates its own significant buffer. When Nike or Apple does something wrong, the first instinct is to trust them and give them the benefit of the doubt. A luxury enjoyed by few companies.

Simon Sinek’s Start with Why asks an essential question — why are you in business? Maximizing profits for shareholders and servicing your customers are no longer enough. Understand your tribe.

Nike’s advertising campaign embracing Colin Kaepernick was no accident. Nike understood exactly where its market was going and decided to embrace an icon who, as a controversial figure, was Kryptonite for most other advertisers.

Nike took on the NFL — the second most powerful sports league in the world and one of its key customers — and won. The results weren’t even close. Nike increased its market cap by billions, and the NFL did a 180 degree turn and, at least publicly, embraced diversity.

Does your company know where its market is going? Do you have patience to wait out 10 days of online vitriol and calls for boycotts, including online burning of your product? Nike did, because it knew its customers, knew the place it holds not just in customers’ heads but in their hearts, and, most critically, knew in which direction the market was moving.

Our best decisions are not made when we feel the anxiety induced by inquiring reporters on deadline. Use your peacetime wisely.

B2B Companies Are Not Exempt

Since Foxconn and Takata, there is no such thing as a business-to-business company. We are all consumer brands now and have earned the “success tax.”

Any company can be the target of calls for boycotts, protests, online shaming, employee and shareholder revolts, etc., not just consumer brands. While this may feel obvious, most historically, B2B companies are largely untested under the clique lights and prefer to think “it can’t happen here.” Yet Sonnenfeld’s Hall of Shame has more than its share of B2B companies.

Our best decisions are not made when we feel the anxiety induced by inquiring reporters on deadline. Use your peacetime wisely. Test your interdisciplinary teams multiple times a year. Reverse engineer what other companies do in difficult public situations. Look forward to tomorrow’s issues — such as Taiwan — and game it out. Know and have relationships today with third party allies and NGOs.

Do Corporate Scandals Have Any Lasting Impact on Brand?

CEOs Need to Develop a More Sophisticated Understanding of Sustainability

There are two moments when an issue goes from a one-day story to a negative viral sensation. The first is the moment a decision considered a mistake goes public. The second, is when reporters ask other experts. If they pile on, you risk becoming a poster child of what not to do. Know your potential allies before you need them. There are few who will jump in the quicksand once accusations are made.

Political Donations Are a Minefield

Already challenging prior to the January 6th insurrection, political donations are now a minefield. Heretofore opaque PAC, 527 and association donations and alliances are now largely transparent and draw heavy and sustained critical fire from the media, social critics, employees and even shareholders. Companies have to increasingly ask the question if playing the political donation game is worth the cost.

Most of the time, a single tweet is not hugely consequential, yet the early warning on the Saudi-Emirati blockade of Qatar was uncovered through a single, suspicious tweet. If we do not understand the context, then the power to predict the future is lost in a pile of pixels.

The blinding speed and unanimity with which the U.S. and NATO applied sanctions over Ukraine is historic and remarkable. Governments, working in unison, worked at a speed few could imagine.

If this is now the speed of the possible, never has it been more important to anticipate and plan for a world that is much different than it was yesterday. 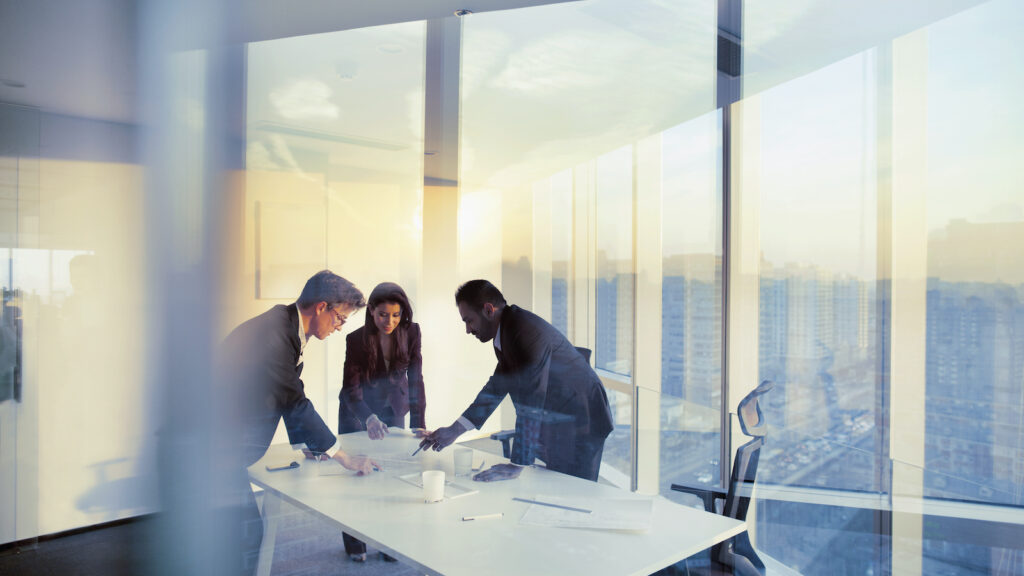 The Labor Shortage and M&A Deals: Why Focusing on Skills Is Key 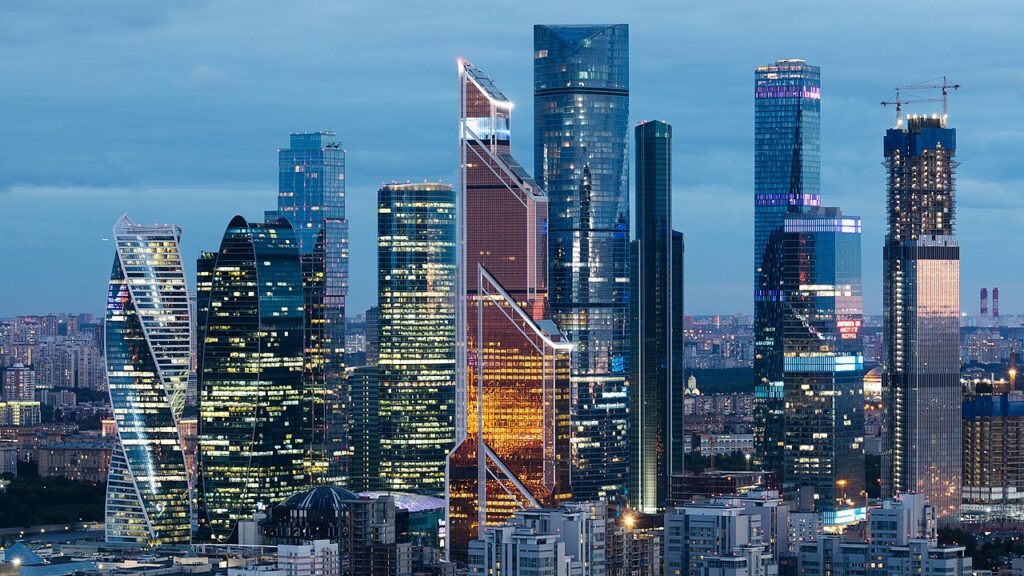 DJ Peterson President of Longview Global Advisors
URL: https://www.brinknews.com/how-good-is-your-company-at-managing-political-risk/
Get ahead in a rapidly changing world. Sign up for our daily newsletter. Subscribe
​​