Can Blockchain Save Indonesia’s Forests? 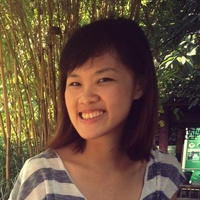 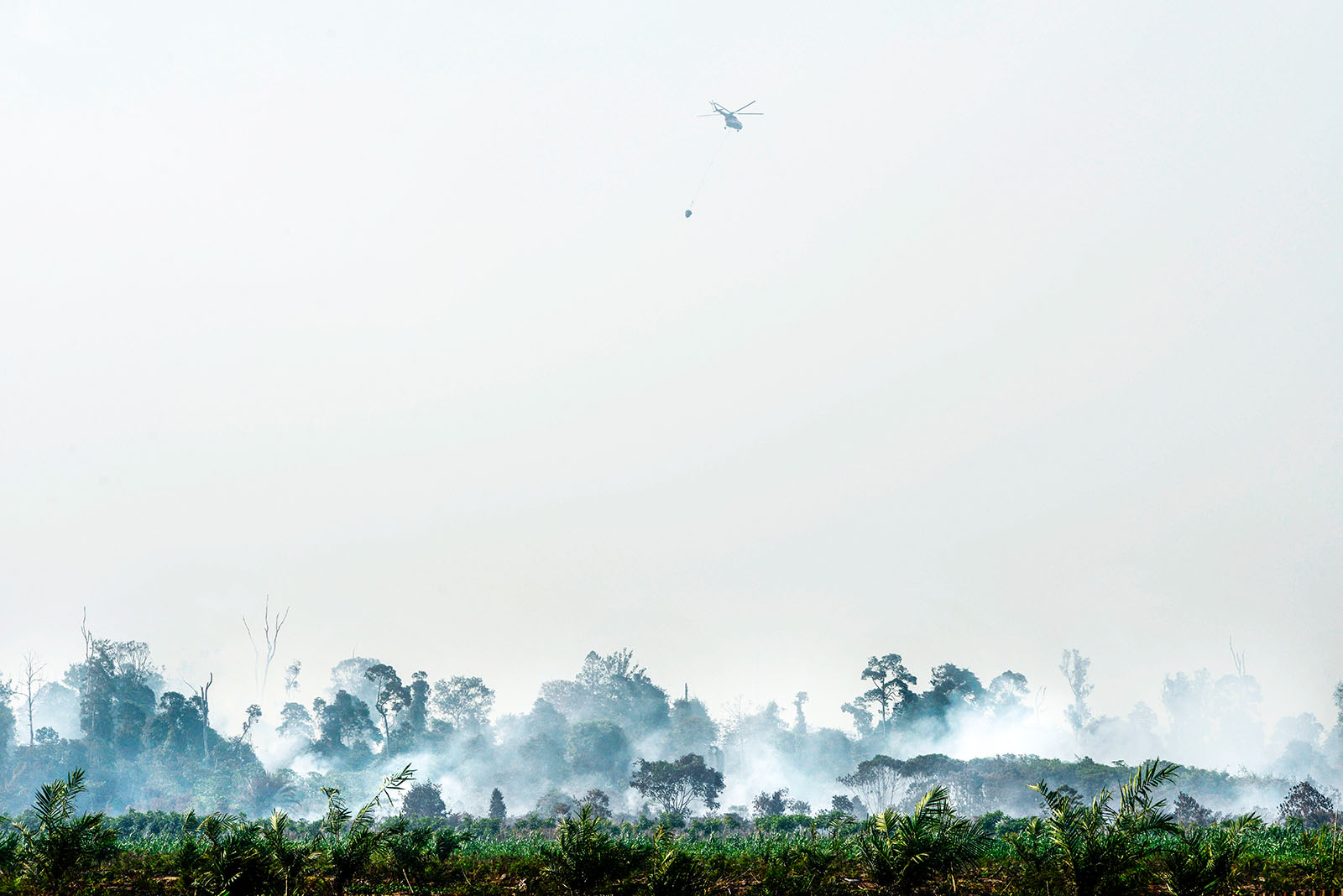 Forest fires rage on as a helicopter drops water over a peat fire in Meulaboh, Aceh province on July 26, 2017. Some 35 fire hotspots destroyed 70 hectares (0.27 square miles) of forests and other land in Aceh. The haze is an annual problem in Indonesia caused by fires set in forest and on carbon-rich peatland to clear land for palm oil and pulpwood plantations.

Blockchain technology will be used for the first time this December in an attempt to protect Indonesia’s rainforests and prevent the peatland haze fires that blight the region on a regular basis.

Spearheaded by industry group Carbon Conservation, the Smart Contract for Good program will automatically distribute funding to villages in Aceh when they successfully reduce incidences of fire in a pilot project beginning next month.

This is done through what is known as a smart contract, a computer protocol or set of rules used to verify or enforce the terms of a contract on the blockchain.

Rewards will be drawn down from a war chest, or “bounty,” of $100,000 that has been pledged to the project by Indonesian corporate sponsors and will go toward building infrastructure such as schools and hospitals to benefit the community.

Organizers are still working out the details of the payouts but say they are likely to be capped at $10,000 per village, with the size of the reward depending on the results achieved.

The release of funds is expected to take place on an annual basis, in parallel with Indonesia’s annual dry season between May and September when fires are the most prevalent. Dorjee Sun, chief executive officer of Carbon Conservation added that mechanisms for running the scheme will eventually be put in place to ensure the proper distribution of funds.

Australia-based Mr. Sun told Eco-Business via email: “We want to give communities tangible rewards to support their efforts when they protect their forests.

Blockchain technology will be used for the first time this December in an attempt to protect Indonesia’s rainforests.

“The irreversible damage inflicted on environments will only further impoverish those communities as the natural resources they rely on literally go up in smoke,” said Mr. Sun, whose organization, Carbon Conservation, was the inaugural secretariat of the Fire-Free Alliance, which works with communities in Indonesia on separate projects to cultivate land without burning.

Companies in the Fire-Free Alliance have clarified that they are not the corporate sponsors crowdfunding the Smart Contract for Good project.

Because of the blockchain technology underpinning the smart contract, the release of funds is automatic and the data logged is permanently documented in a shared, transparent and unchangeable record.

The Smart Contract for Good will determine the release of funding using data from remote sensory or satellite imaging technology that can monitor forest fires or ground site inspections.

Smart contracting platform Dappbase is the key technology partner in the project. Chief Executive Zhang Taiyang said smart contracting technology can circumvent potential issues of red tape and corruption that would stall the distribution of aid money to communities on the frontline of forest protection.

The decentralized nature of blockchain technologies allows potential partners or donors to inspect the exchanges made through the smart contract and verify it for themselves, he added.

This is not Mr. Sun’s first venture when it comes to protecting Aceh’s forests. In 2007, he partnered then-governor Yusuf Irwandi to run a carbon credit program to help local people and conserve forests, though “the subsequent collapse of the carbon credit market made this unfeasible,” according to Mr. Sun.

The production of commodities such as paper and palm oil is an important source of income and employment in Indonesia. But the unfettered pace of forest clearing to make way for farmland combined with poor farming practices has resulted in environmental degradation, the exacerbation of climate change and a thick, acrid smog that drifts as far as Malaysia and Singapore when farmers clear their land by burning. Hundreds in Aceh alone have suffered from respiratory illness as a result of the haze.

The reconstruction of Aceh after the Boxing Day tsunami of 2004 has sped up the deforestation of a habitat that is home to orangutans, elephants and tigers.

Mr. Irwandi, who was re-elected as governor of Aceh earlier this year, said: “After announcing a forest-clearing moratorium 10 years ago, we in Aceh still protect the forest with no financial help from the international community.

“Maybe finally with satellite proof and smart contracts the villagers who conserve the forest of Aceh can be rewarded. The forest is best protected by those who live in the forest, not by those who have big pens and big mouths.”

Dappbase and Carbon Conservation have said they will launch crowdfunding portals on their respective websites to allow individual and corporate donors to contribute. They also plan to scale up Smart Contract for Good for use around the country and potentially overseas.

“Aceh will be the first Smart Contract for Good project deployed,” Mr. Zhang said, “but we hope that other social or environmental activists will use the Dappbase platform and underlying technology to develop and deploy other similar projects globally for the causes they care about.”

Hannah Koh has five years of journalistic experience in current affairs and the B2B travel industry, and is interested in conservation, ecotourism, renewable energy, and issues of literacy and poverty. She has recently returned from a year in Latin America where she learned Spanish and taught English.

Brink Editorial Staff
URL: https://www.brinknews.com/can-blockchain-save-indonesias-forests/
Get ahead in a rapidly changing world. Sign up for our daily newsletter. Subscribe
​​