Can India Become the Next Renewables Powerhouse? 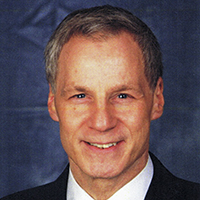 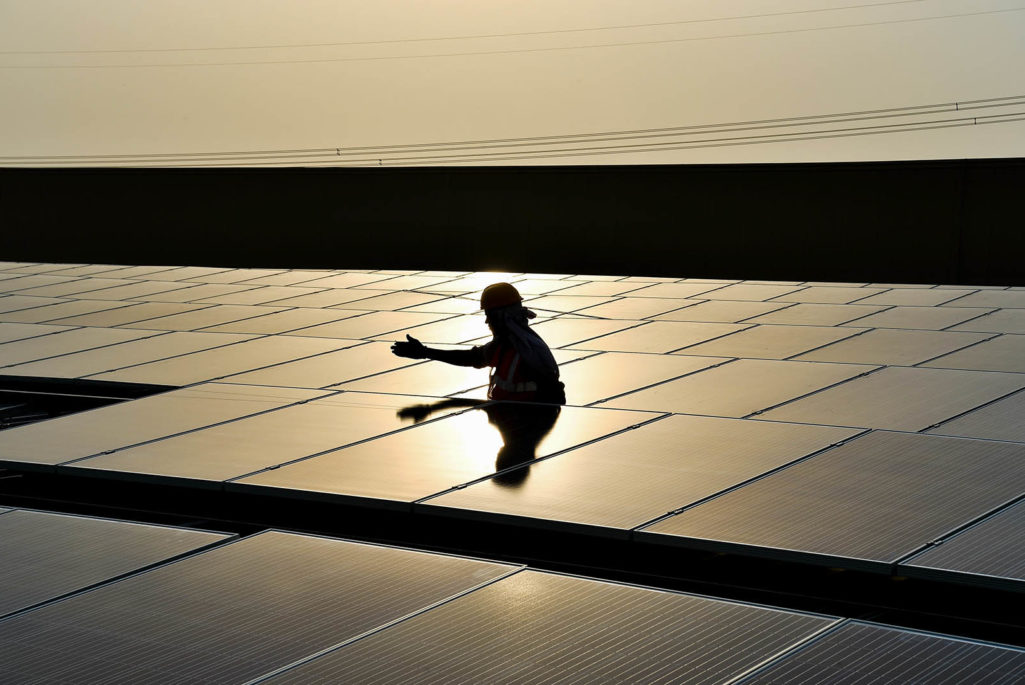 An Indian laborer installs solar panels at a site in Greater Noida, some 45 km east of the capital New Delhi. India has quadrupled its solar-generation capacity from 2,650MW in 2014 to 13,000MW today.

I am a bit old-fashioned in my belief that you cannot power a great economy on renewable energy alone. That said, developing energy from every conceivable source is an absolute imperative.

India’s efforts to shape its wind power policy such that India now ranks fourth globally in wind power installation is nothing short of commendable.

Likewise, India’s ambition under the previous administration and carried forward by Prime Minister Narendra Modi’s government to make India a global player in solar energy is paying terrific dividends. India has quadrupled its solar-generation capacity from 2,650 MW in 2014 to 13,000 MW today.

All sources of non-carbon-emitting energy, including civil nuclear power, must be pursued on a war-footing basis. Global climate change and India’s own future depend on this.

It is important to emphasize a sense of urgency—India’s energy consumption habits are not shrinking. Just the opposite. India’s appetite for energy is exponentially growing.

But here’s a troubling fact: India’s per capita consumption of electricity still hovers at a dismal 1,100 kWh of energy per person per year—the lowest of all the BRIC nations. In the U.S., most homes consume this amount of energy nearly every month.

If those at the bottom of the pyramid in India are ever to be given real opportunity and a chance to achieve prosperity, then India must strive to double its energy generation and deliver per capita levels of reliable power at least equivalent to what’s available in China—at more than 3,927 kWh per person per year.

The bottom line is that India needs to scale-up energy production urgently if it is to meet its energy demands, and if its healthy economic growth is to be sustained.

Renewable energy is not a panacea, but it can augment India’s installed capacity. And the good news is that if the central and state governments tweak their policies correctly to make the investment environment more conducive, then much of this renewable energy can be added at little capital cost to the government. This is because private investors—both foreign and domestic—have, for a long time, expressed a desire to invest in the sector.

Large-scale wind farms and solar farms are being installed around the country without financing from the government. Unleashing the entrepreneurial private sector will potentially result in a wave of new financing for renewable projects. Once again, to do this, India will need a few initiatives to address concerns investors have about investing in the country’s infrastructure sector.

But here’s the hitch. Renewable energy only works when water is falling or wind is blowing or the sun is shining. Storing energy is crucial.

So far, China is far ahead of most countries in developing effective energy storage. India needs to take the strategic lead on this front as well. India can only become the next renewables powerhouse if it becomes a leader in energy storage. This is not easy, but it is achievable. Here’s how.

India is already one of the largest producers of batteries in the world. Every Indian home has a bank of inverters and batteries attached for backup power.

The bottom line is that India needs to scale-up energy production urgently if it is to meet its energy demands.

India could go that extra mile in research and double down on innovation in lithium technologies and other highly efficient and proven energy storage technologies. Dominance in the field of energy storage will set India apart, placing it at the top of the value chain for advancing renewable energy technology.

This endeavor to become the global leader in energy storage will require massive capital investment in both soft infrastructure (research universities) as well as intense research and development (R&D). The total costs involved will be high. But India could have the kind of money required.

The magnitude of investment required is already available to India in the form of “defense offsets” under the Ministry of Defense’s Defense Procurement Procedure (DPP).

The Indian government’s policy states that if an international vendor sells India defense or homeland security equipment, at least 30 percent valuation of that sale is obligated to be discharged via the “Make in India” effort by the vendor/seller. This is part of India’s effort to bolster indigenous capability to make strategic equipment domestically—for use in India and for export and sale overseas. This is an initiative to bolster self-reliance in manufacturing and to upgrade technology domestically, creating an ecosystem of domestic suppliers in the defense sector.

There is no reason why helping India become the dominant global innovator in the strategic/technological field of energy/battery storage could not make for a good defense offset. This could truly be a “win-win” for both sides. The defense contractor/vendor will discharge their offset, satisfying their obligation, while transferring to India best-in-class technologies in the field of energy/battery storage.

If the Ministry of Defence could be convinced to approve such a concept as an acceptable defense offset, then India would not only have international defense contractors lining up to set up R&D centers and high-end manufacturing facilities to advance this technology, but India could soon become a dominant global player in battery/energy storage, too.

This potentiality is no fantasy. Such a capability in battery/energy storage, funded by India’s own defense offset program and courtesy of international defense contractors that are cash- and technology-rich, could propel India to become the next renewables powerhouse.

Ron Somers is founder and CEO of India First Group, LLC, a strategic consulting firm dedicated to helping U.S. companies succeed in investing in India and assisting Indian companies navigate the complex political and regulatory environment in the U.S. Ron grew the U.S.-India Business Council (USIBC) into the largest bilateral trade association in the U.S. He served as President of USIBC for 10 years from 2004-2014. The landmark U.S.-India civil nuclear initiative was clinched under Ron’s leadership at USIBC.