Cash Falling Out of Fashion; Is it Doomed to Disappear? 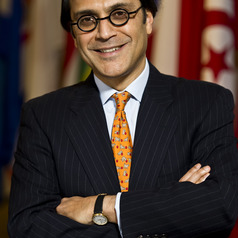 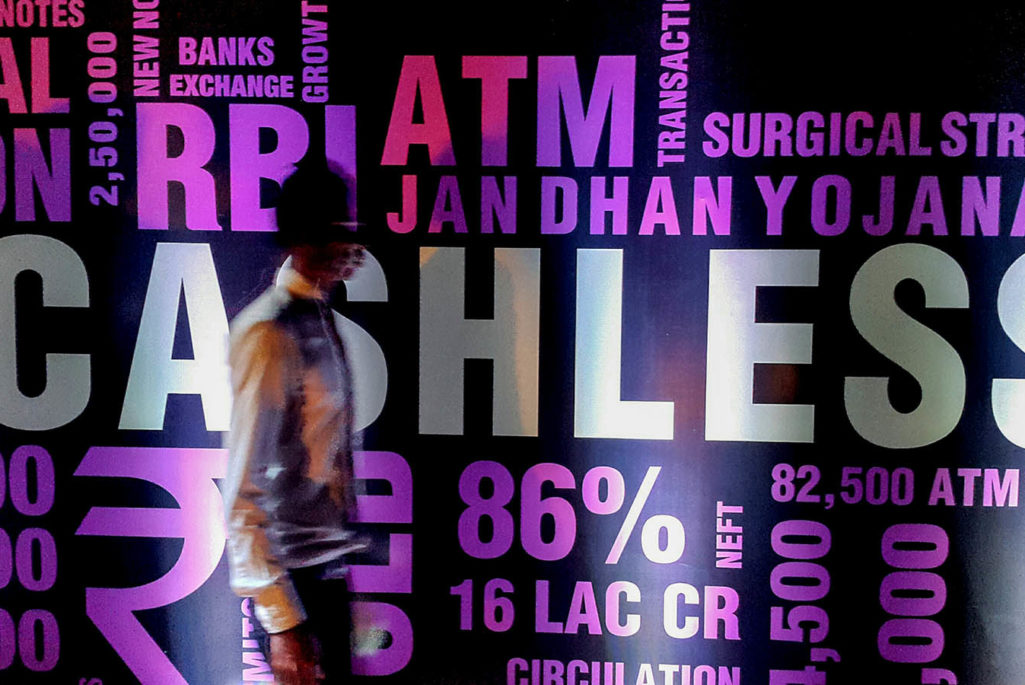 An Indian waiter makes his way past financially themed decorative panels at a function in Mumbai, following the government's move last year to withdraw high-denomination 500 and 1,000 rupee banknotes from circulation.

On June 27, the ATM turned 50. Former U.S. Federal Reserve Chair Paul Volcker once described it as the “only useful innovation in banking.” But today, the cash that ATMs dispense may be on the endangered list.

Cash is being displaced in so many ways that it’s hard to keep track. There are credit cards and electronic payments; apps such as Venmo, PayPal and Square Cash; mobile payment services; cryptocurrencies that operate outside the purview of central banks; and localized offerings such as Kenya’s M-PESA, India’s Paytm and Bangladesh’s bKash. These innovations are encouraging cashlessness across communities worldwide.

It’s reasonable to expect cash to follow the path of other goods that have been replaced by digital alternatives, such as photos, music and movies. Will cash—and the ATMs that dispense it—experience a “Blockbuster” moment and disappear from our neighborhoods?

Not so fast. Cash will likely become less popular, thanks to the high cost of using cash and the growing array of alternatives. But I expect it will remain with us forever. The future will be “less cash,” rather than cashless.

The Cost of Cash

As of 2013, approximately 85 percent of the world’s transactions involved cash.

Reliance on cash is quite uneven across the world. While Singapore, the Netherlands, France, Sweden and Switzerland are among the least cash-reliant countries, in Malaysia, Saudi Arabia, Peru and Egypt, only 1 percent of transactions are cashless. Even some highly advanced countries, such as Japan, are still highly reliant on cash.

Concerns about social equity offer one motivation for lawmakers to push for cashless alternatives. My colleague Benjamin Mazzotta and I have studied the costs of cash across a wide range of countries, with a particular focus on the U.S., Mexico, Egypt and India. Our research shows that the poor and those with less access to institutions bear a disproportionate share of the costs of using cash.

In the U.S., for example, cash usage imposes a regressive tax on consumers, with the highest impact on people who do not have an account with a bank. We found that the unbanked pay four times more in fees to access their money than those with bank accounts. They also pay $4 higher fees per month for cash access on average than those with formal financial services. Such fees include those charged for payday lending, buy-here-pay-here auto loans and check cashing. The unbanked have a five times higher risk of paying cash access fees on payroll and EBT cards.

Poorer consumers also have to spend far more time getting cash. On average, Americans spend 28 minutes a month traveling to get cash, but that time isn’t evenly distributed. People who don’t use a bank spend about five minutes longer getting to the place where they can get cash, and unemployed people spent nearly nine minutes more.

A combination of public and private initiatives is currently chipping away at the global predominance of cash.

In the meantime, other scholars have argued for the benefits of a less-cash society. Ken Rogoff at Harvard has argued that eliminating higher-denomination banknotes can prevent currency from being used to fund illegal activities.

A World Without Cash

A combination of public and private initiatives is currently chipping away at the global predominance of cash, with some countries moving more quickly than others.

Sweden, already high on the cashlessness scale, may become the first country to come close to a truly cashless state. Sweden’s history in banks promoting cash alternatives dates back to the 1960s, with digital bank transfers used to pay wages. Cards also become more popular in the 1990s, when banks also started charging a fee for checks. The app Swish, developed by the major banks, is widely used today for digital money transfers by nearly half the population. Many businesses discourage use of cash, and retailers are legally allowed to refuse cash.

In several other countries, governments are experimenting with innovative digital alternatives. In 2012, the Royal Canadian Mint launched the MintChip project, recently handed over to the private sector. The plan is to store cash on computer chips, enabling the transfer of money between chips through encrypted messages.

In some countries, the private sector has led the way, creating less-cash societies in the unlikeliest of places. Consider Somaliland, one of the poorest countries in the world. It stands at the forefront of a mobile payment revolution with its ZAAD platform. At over 30 mobile payment transactions a month on average, the average citizen of Somaliland is far ahead of the rest of the world’s average of 8.5 such transactions per capita per month.

Perhaps the most dramatic nudge toward less cash was experienced recently in India. Last November, the Indian government made a high-risk, high-stakes move by demonetizing the 500 and 1,000 rupee banknotes, in effect voiding 86 percent of cash in circulation. Their initial aim was to root out corruption and illegal activity funded by cash. New 500 and 2,000 rupee banknotes were issued, so consumers had to go to a bank and exchange their demonetized currency.

In a country that is almost 90 percent reliant on cash, this move led to disrupted enterprises, unpaid wages and long lines at banks. Mobile wallet players were the unqualified winners of the decision, with market leader Paytm claiming a 435 percent increase in traffic and a 250 percent increase in overall transactions and transaction value.

The Future of Cash

What explains the resilience of cash, despite its costs and a growing array of alternatives?

Cash is unique among payment instruments in that anyone can transact, any time, any place, with no third parties involved. With this freedom comes strong privacy protection. Currency neither knows nor cares who holds it or when and where a transaction occurred. People have a visceral sense of security when they have cash with them. Much of this sentiment was uncovered in our Cost of Cash studies spanning multiple countries.

These thresholds will, of course, evolve as our societies become more digitally native. However, old habits and perceptions take a long time to turn over. Some merchants will resist the costs of new equipment or fees that accompany cash alternatives. Cash is also considered more convenient and versatile, while with digital transactions there are always concerns about hacking and fraud.

So, no matter where we are in the world, let us celebrate the ATM’s half-century of service. The human connection with cash will be hard to break. Though cash may become less popular, rest assured that there will always be someone who will stop you in the street asking for directions to the nearest ATM.

Bhaskar Chakravorti, PhD, is the senior associate dean of International Business & Finance at The Fletcher School at Tufts University and he is the founding executive director of Fletcher’s Institute for Business in the Global Context. He also serves on the World Economic Forum’s Global Agenda Council on the Economics of Innovation, is an advisory board member for the UNDP’s IICPSD and is a senior advisor for Digital Inclusion at the MasterCard Center for Inclusive Growth.