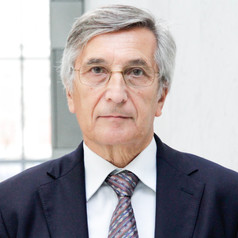 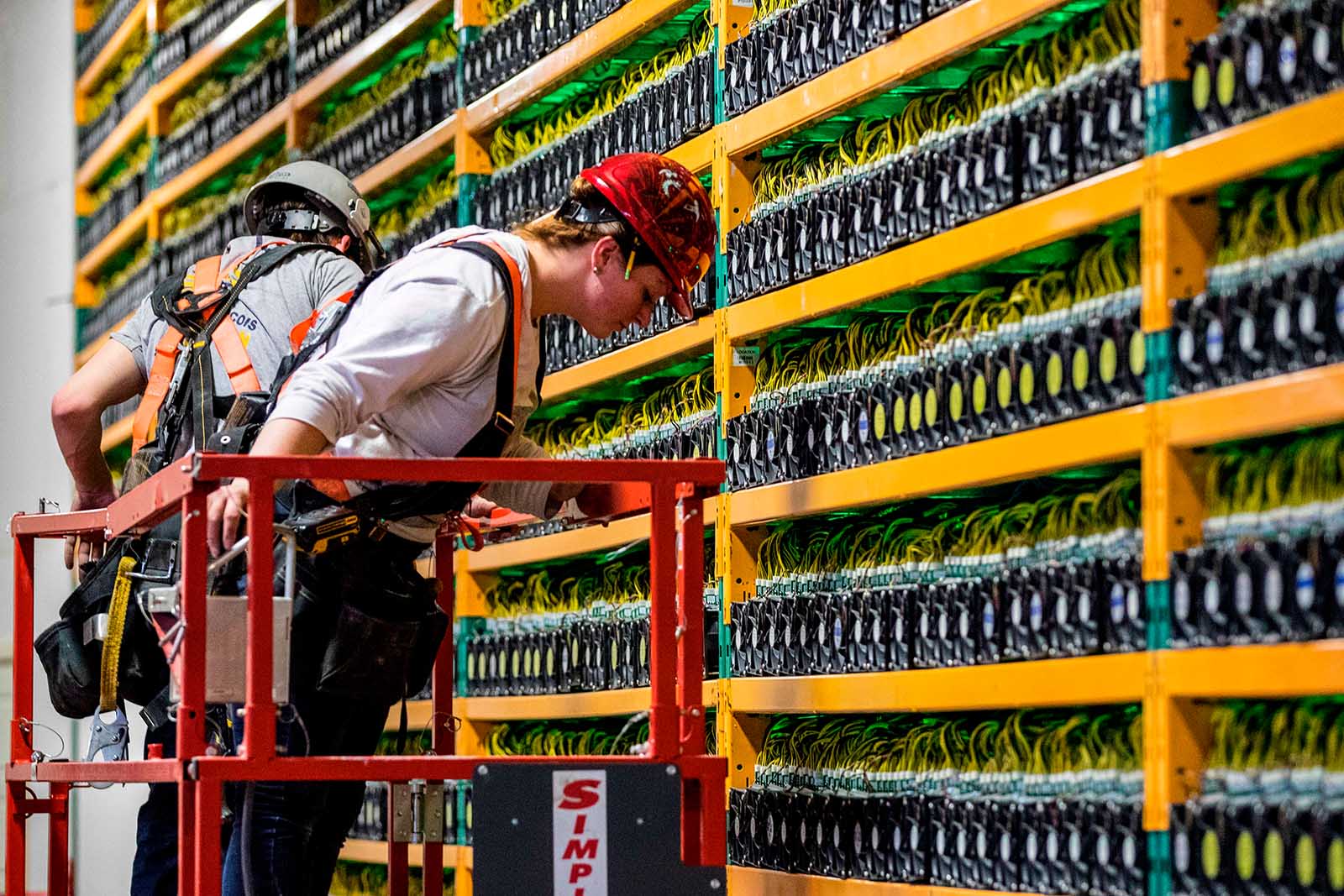 Two construction workers inspect the area at the bitcoin mining company. Countries are studying the creation of a new form of money, a central-bank digital currency, to supplement banknotes and coins.

While private digital currencies such as the bitcoin are in the news daily, countries including China and Sweden are studying the creation a new form of money—a central-bank digital currency (CBDC). The objective is to complement (or eliminate altogether) banknotes and coins.

But CBDCs risk revolutionizing both the way money is created and distributed as well as the present two-tier financial system of central and commercial banks.

Why Are Central Banks Considering the Introduction of CBDCs?

Banknotes allow anonymous transactions: A reduced use or elimination of banknotes would help fight illegal activities. For example, in an attempt to combat fraud and corruption back in November 2016, the Indian government launched a demonetization policy, withdrawing 86 percent of its currency overnight.

In Sweden, cash payments in the retail sector fell from close to 40 percent in 2010 to about 15 percent in 2016. Two-thirds of the country’s consumers now say that they can manage without cash, and more than half of all the country’s bank branches no longer conduct over-the-counter cash transactions.

Stefan Ingves, governor of Sweden’s central Riksbank, supports the creation of the “e-krona,” but stated that it’s “reasonable” for banks to continue handling money. “A ban on cash goes against the public perception of what money is and what banks do.” He also noted that for preparedness reasons, “we need notes and coins that work without electricity.”

The growing popularity of private digital currencies and the distributed-ledger payment technologies they use also have central banks on alert. They can ill afford to be left behind on the currency or the technology. The problem, Mr. Ingves recently said, was that all payments could end up being controlled by private-sector banks.

Can Cash Be Eliminated?

The elimination of cash is currently not feasible. Not everyone has (or can have) a bank account, a credit or debit card, or access to electronic payment systems via a smart phone or computers. People cannot be forced to have or use these tools. Access to a debit or credit card might be denied to persons not deemed creditworthy. In addition, an economy entirely based on electronic payments is subject to disruption—especially cyberattacks.

But there are also important conceptual issues. Banknotes issued by central banks form our base money; they are our unit of measure of value. The United States abandoned the gold standard in 1971, and today countries no longer back their currency with a more primitive form of money such as gold (an exception is Venezuela, which recently launched the “petro,” a cryptocurrency backed by the country’s oil reserves). Today’s base money is fiat money, the value of which is maintained by trust.

Central banks are studying ways to eliminate banknotes while retaining their role as providers of base money.

Nevertheless, the largest share of the monetary mass is not in banknotes but in bank deposits. Banknotes contribute 5 to 10 percent of the monetary mass, depending on the country; the remaining 90-95 percent is formed by bank deposits. Though a bank deposit is simply a number in a computer, it is a debt redeemable on demand in banknotes, with the central banks standing ready to supply the requisite banknotes should a commercial bank not have sufficient cash on hand.

Were there no banknotes as base money, deposits would not be the debt of commercial banks with their clients but simply numbers that represent purchasing power. These numbers would appear conventionally as liabilities on the balance sheets of banks whose only obligation would be to transfer, upon request, a given sum to another entity. Money, that is, purchasing power, might thus be in the hands of private-sector banks, possibly shaking public trust in the generation and distribution of money.

CBDCs Could Change the Creation and Distribution of Money

Central banks are studying ways to eliminate banknotes while retaining their role as providers of base money. Our current banking system is two-tiered, with central banks and commercial banks performing distinctly different roles. Central banks guarantee the safety and integrity of money, ensure that the monetary mass allows for economic growth, and produce the cash required by economic activity. But central banks do not deal directly with nonbank entities; commercial banks store the public’s money in accounts and transfer that money on the demand of the account’s holder.

In the current two-tier banking system, money is generated in two ways. First, money is created by commercial banks when they simultaneously extend a loan and credit an account of the same sum. Second, following the 2007-08 financial crisis, central banks have been creating money with quantitative easing (QE). Since QE began, the U.S. Federal Reserve Bank has bought over $4.2 trillion in assets. Banknotes do not enter directly in this money creation process, but they do provide the accounting underpinnings. Central banks no longer target the total quantity of money directly but target interest rates instead.

Presently, individuals and nonbank entities cannot obtain banknotes directly from the central bank but must go through commercial banks. Should central banks create CBDCs as base money, there is the possibility that they allow nonbank entities or individuals to hold CBDC accounts directly with the central banks. The possibility of doing so comes from technological advances that permit distributed ledgers, a technology that allows safe peer-to-peer transfer of money without going through today’s clearing systems. Distributed ledger is used, for example, to confirm transactions in private cryptocurrencies such as bitcoin and Ethereum.

The process could go further. Should the central banks allow private nonbank entities or individuals to hold CBDC accounts directly, central banks might extend credit in their digital currency. This could have important consequences for the two-tier banking system.

This article was first published in The Conversation.

Professor and Researcher at the Finance Group, ESILV EMLV, of the Pole Universitaire De Vinci, Paris

Sergio Focardi is a professor and researcher at the Finance Group, ESILV EMLV, of the Pole Universitaire De Vinci, Paris, and a founding partner of The Intertek Group, Paris. Sergio is a member of the Editorial Board of the Journal of Portfolio Management.

Thomas Reagan Cyber Practice Leader at Marsh
URL: https://www.brinknews.com/central-bank-digital-currencies-toward-a-cashless-society/
Get ahead in a rapidly changing world. Sign up for our daily newsletter. Subscribe
​​