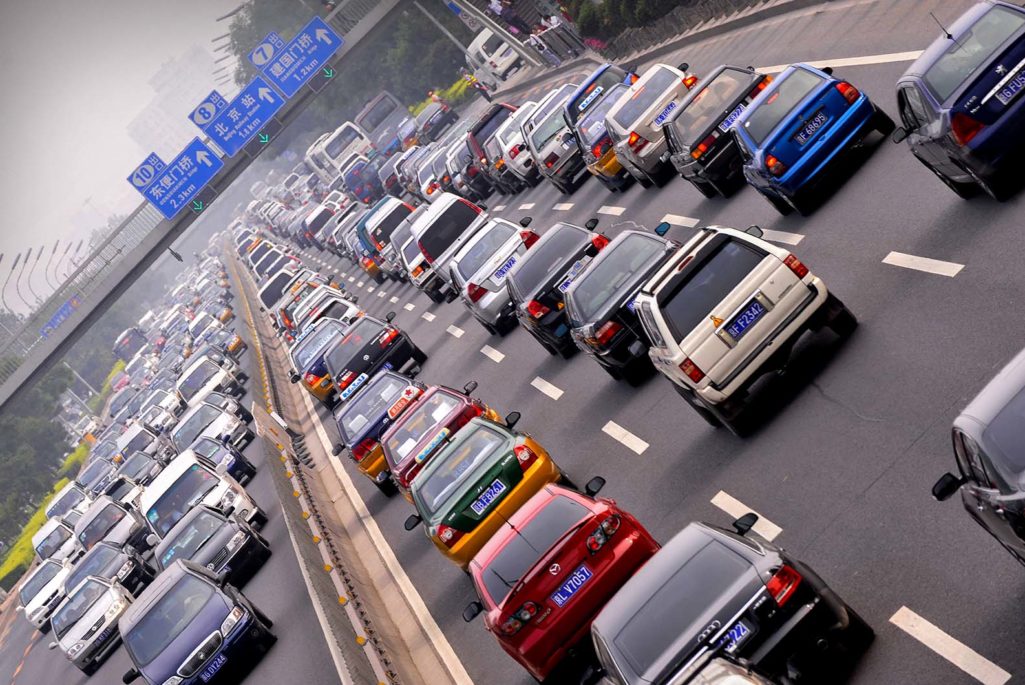 Cars are gridlocked on one of Beijing's major ringroads. China and India are expected to drive non-OECD oil demand growth in 2018. Road transportation demand that has been propelled by steady vehicle sales in the U.S., China and India is a major factor in driving oil consumption.

In 2018, world oil demand growth is expected to be 1.26 mb/d (million barrels per day) according to a new report. This estimate is just a little less than 2017 figures and broadly in line with the average growth rate experienced over the past five years. While the Organisation for Economic Co-operation and Development (OECD) consumption is forecast to rise by around 0.19 mb/d, non-OECD demand is expected to increase by 1.07 mb/d, with China and India being the major contributors.

There are several factors driving global oil consumption in 2018. They include the ongoing growth in the world economy; road transportation demand that has been propelled by steady vehicle sales in the U.S., China and India; capacity additions and expansions in the petrochemical sector, particularly in the U.S.; and new capacities of propane dehydrogenation plants in China. Despite a slightly slower economic growth rate, the oil demand growth rate in China is forecast to rise firmly in 2018 at 2.62 percent, which is almost the same as in 2017. Growth in the transportation sector will continue to be robust, thus raising the demand for gasoline and jet fuel oil and providing the bulk of growth in 2018.

In 2018, growth in demand for oil in the OECD Asia Pacific (Japan and South Korea) is based on two assumptions. First, the petrochemical sector is projected to be the fastest growing sector in the region. Both Japan and South Korea are forecast to display healthy growth in demand for petrochemical feedstocks. Second, industrial development and activities is expected to further boost growth in oil demand, specifically in South Korea. However, OECD Asia Pacific oil demand is forecast to fall by 24 thousand barrels per day on a year-on-year basis in 2018.

In 2018, oil demand growth in other parts of Asia is expected to keep up with the healthy growth seen in recent years. This is based on the premise of a healthy overall economic picture in the region, particularly in India. Further, growing economic activities in countries such as Indonesia, Thailand, Singapore and the Philippines will contribute positively to growth in oil demand. Taking the lead in generating growth is the transportation sector, with an increase in vehicle fleet also supporting the demand for oil. Oil demand in these parts of Asia is forecast to grow by 0.33 thousand barrels per day on a year-on-year basis in 2018.

However, several trends in the region are also capable of creating uncertainties around this forecast of growth in oil demand in 2018. According to the report, oil demand in 2018 could be hit by “a higher level of substitution towards other fuels, mostly in the OECD Asia Pacific, America and the Middle East; efficiency gains that increase steadily in line with historical norms; the reduction of subsidies aimed at reducing oil consumption, particularly in the Middle East; and the role of digitalization and technological development in various sectors.”

Xianbin Yao Professorial Lecturer of International Studies at De LaSalle University Manila
URL: https://www.brinknews.com/china-and-india-to-drive-non-oecd-oil-demand-growth-in-2018/
Get ahead in a rapidly changing world. Sign up for our daily newsletter. Subscribe
​​